The research for author Jeanine Cummins' latest book took to her to borderland towns in Mexico, where thousands of people seeking a new life in America gather to try to enter the US.

American Dirt is about a mother and son crossing the US-Mexico border and talks about the dreams of migrants, as well as the horrific hardships they face on hope-filled journeys to an imagined promised land.

It explores the trauma of separation and also the desperate situations experienced by scores of Central Americans hoping to cross the border into the US. 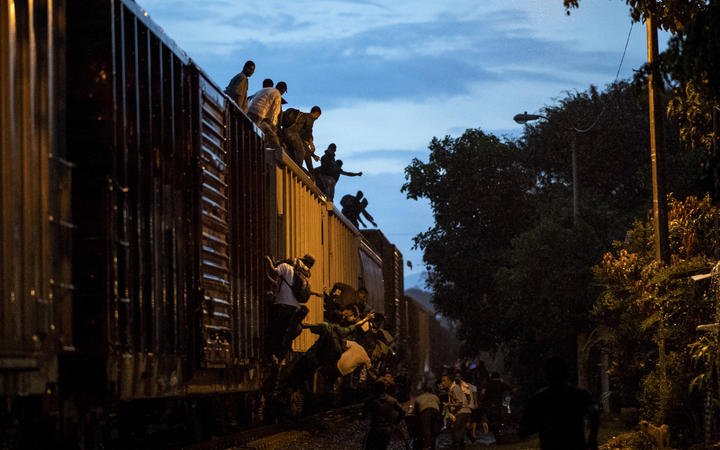 Cummins tells Kathryn Ryan she was hesitant to write from the point of view of a migrant when it wasn’t her lived experience.

“The draft that made it into what became the novel was the third attempt of writing this book. I wrote two completely failed drafts before I gave up my hesitation and really ploughed headlong into telling the story I really knew needed to be told.”

To make up for that lack of experience, she researched the areas heavily – starting well before there was talk of building a wall on the border.

“For a long time, I thought maybe it would be a round robin point of view, I would tell lots of different stories. I hesitated to get fully into the point of view of a migrant, but eventually I realised that was the only appropriate lens for the telling of the story.”

The novel follows Lydia, a mother in her 30s from a middle-class background working as a bookseller – along with her young son Luca.

“Part of the reason I wanted to make Lydia a middle class, recognisable character was because I wanted the reader to be able to immediately identify with her and relate to her.”

One day, there’s an awful act of violence in their lives which leaves them no choice but to leave immediately.

“In an instant, Lydia and Luca become migrants. They fall out of their middle-class life and into an existence where they are people for whom human rights are really inconsequential and they’re just struggling to survive everyday.”

Cummins says that once she got over her hesitation, Lydia was the easiest character to write because it’s essentially herself.

“I have two little girls, the older of whom was around Luca’s age when I began writing the book and the younger of whom is now about his age. I cheated a little bit in that I had this bright, precocious little voice right there reminding me of how big and how human kids can be.”

Another character in the book is cartel boss Javier, who Cummins says she wanted to treat as a full human being rather than just a villainous cartoon.

“There is so much fiction written about the cartels and the violence in contemporary Mexico and the borderlands and it’s all written with an eye firmly affixed to these very macho stories of cartels and law enforcement. No one ever really tells the story of what’s happening on the flip side of that violence.” 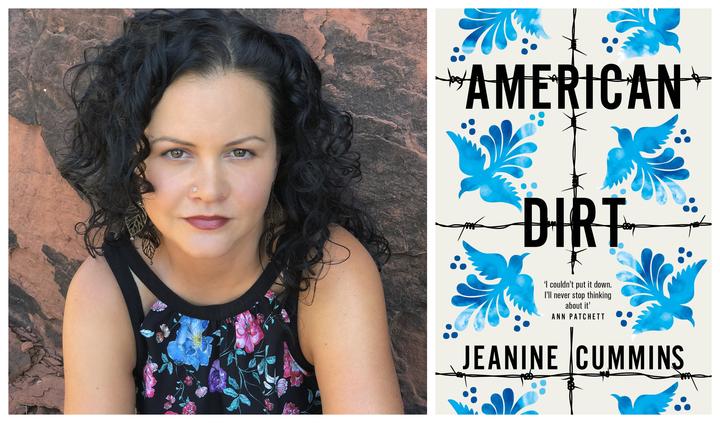 She says she wanted to explore what makes a man end up being a violent cartel member or boss and what happened in their lives to lead them to that point.

“Javier’s a man who is tremendously smart, he’s gracious, he’s funny, he’s kind in some ways and yet he’s also capable of unspeakable monstrosities. But he loves, very deeply, many people in his life and it’s not from a lack of feeling that he ends becoming this violent, awful person but, rather, through a series of awful circumstances lead him down this path where he feels he has no better option.”

Cummins says that she did academic research before heading to the border areas, but nothing could prepare her for what she discovered there.

“I thought I knew what I was in for. I had a good sense, academically, of what to expect. I knew about La Bestia, which is the train that traverses the length of Mexico that migrants ride across the country to get to the border of the US.”

The train is called La Bestia – The Beast – because it’s so dangerous. Cummins says migrants fall off the train and are maimed and killed everyday.

“I knew that. I had read the stories, I had watched the interviews on YouTube. But, when you get there and you see it, it’s an entirely different experience.”

At a migrant shelter in Tijuana, Cummins says she met a 22-year-old Honduras man who’d lost a leg on La Bestia just a few days prior.

“I’ll never forget the experience of what it was to look into that young man’s face and to see him struggle to accept the new reality of what he was faced with. He was carrying the hopes of his entire family north with him. He was to be the saviour of the family.

“It’s a very different thing, reading the statistics and being aware in an intellectual way of these atrocities that are happening, and then to actually meet someone who’s experienced these things and to be in the presence of their emotion and their struggle to accept what life has doled out for them. I think that, more than anything, was what I learned from going to the borderlands.”

One of the interviews she saw was with a man who’d lost a leg falling from La Bestia who said someone told him that, if you fall you have a split second to stick your head in too. The man said he’d made the wrong choice.

“I wanted to make readers here really understand that no-one would take these risks if they had a better alternative.”

While Cummins herself wasn’t a migrant, she’s Puerto Rican and her grandmother made the journey to the United States in the 1940s and experienced what it was like the be reduced to ‘Puerto Rican’ rather than an individual.

She’s also familiar with violent crime, having experienced an awful incident in her own life. These factors played a large role in informing the story.

“When I was 16-years-old, my family were on a vacation in St Louis, Missouri where both of my parents are from. We were visiting family out there and the last night before we were supposed to come home to the East Coast, my brother went out with my two cousins who were sisters – Julia and Robin. They were 19 and 20 years old. They were attacked by four strangers. Julia and Robin were gang raped and thrown off a bridge into the Mississippi river and they both died. My brother was beaten and forced off the bridge and was the only surviving victim.”

She says the experience was an incredibly formative moment in her life.

“That crime informed everything about the person I am today. And, to be sure, it therefore informed my life as a writer. I think the main thing that it did was it made me always, automatically, more interested in stories about survivorship than about the perpetrators.”

While Cummins says she doesn’t have a policy answer for how the US should treat migrants, she says we can’t start by not dehumanising them and recognising they are individual human beings from diverse backgrounds.

Furthermore, she says we need to recognise the absolute desperation of many people who are fleeing. Eight out of ten women are raped on the journey to the US, a fact many of them know before they set out, but they still believe it’s a better option than to stay where they are.

“When I saw how much hope that they have in us, it made me feel deeply ashamed the way our country has treated them. But, also, it made me feel so determined that we have this tremendous moral obligation to be that hope. They still believe in it, somehow, despite everything. They still believe in that thing that we represent to the world, that we are the light of liberty, that we are freedom, that we are potential salvation from violence and persecution. I want to carry that hope with me.”