After an incredible 2019, Auckland Pop sensation Benee is preparing to kick off the year with a bang at St Jerome's Laneway Festival next week. She talks to Lynn Freeman about what she loves about live gigs, her rapid rise to success, her new EP, and what she's been up to over the summer.

"I did not expect it, and it is quite dream-like and everything is pretty crazy. It’s been awesome and last year was insane.

“I try not to overthink too much stuff or take myself too seriously, and I also don’t like to look ahead too much, I know what I’m doing till July, which is kind of freaky. But I get my manager Paul to not make me look at the calendar a week ahead because it kind of freaks me out a little bit.”

She has just recorded her breakout hit ‘Soaked’ in te reo Māori, she says. 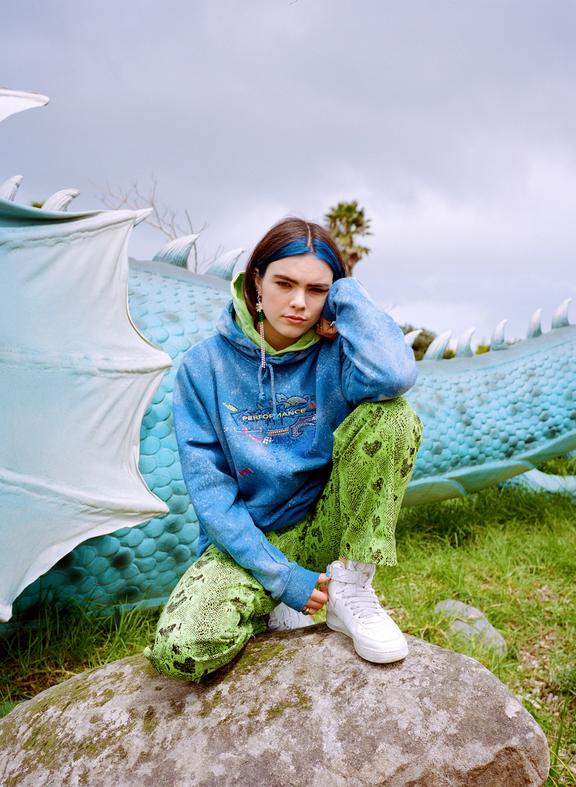 “I really wanted to get it right, because being asked to perform the Māori version I got very emotional even listening to it now I get very emotional. I think it’s awesome and I like it almost more than the original.”

Her new EP is Stella & Steve – Stella being her (Stella Bennett) and Steve her car - and she says it shows her moving into new song-writing territory.

“With my recent music I’m inspired by my dreams and fears, fear is a song-writing topic that I’ve been dipping into more lately. I have a song called ‘Monster’ on my newest EP which is about a serious fear I have of being taken in the night.”

He family tour with her and are “super supportive”, she says.

“I bring them on tour with me. Mum comes on tour, she’s coming on my next tour …. I think we’re all enjoying it, it’s fun.”

“Definitely I like to listen to a lot of different kinds of music and I think I talk inspiration from all of them and I have this thing where I want to blend genres to make a fresh sound.”

You can see Benee at St Jerome's Laneway Festival on Monday 27 January at Albert Park. She is playing upcoming shows in Australia, the United States and Europe. 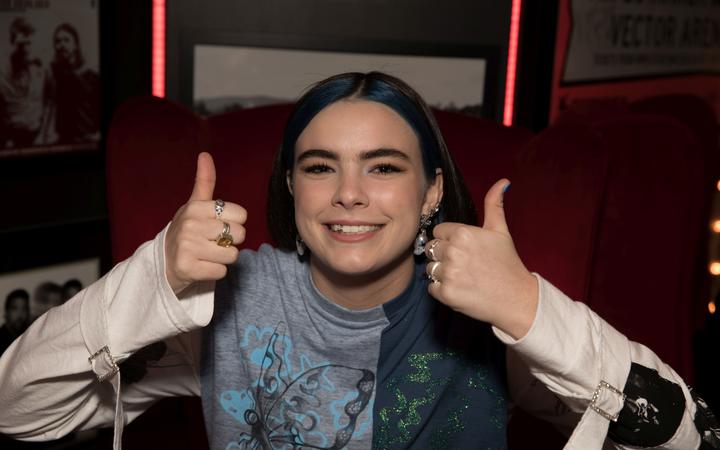 Stella Bennett aka Benee at the Silver Scrolls 2019 Photo: RNZ