Earlier this month, nature writer Kennedy Warne was in South Australia's Kangaroo Island to report on its unique wildlife for National Geographic. When bushfires struck, he instead became witness to a catastrophic loss of animal life.

For decades, the symbol of climate change in the South Pacific has been sinking atolls but now it’s a continent engulfed in flames, he tells Lynn Freeman. 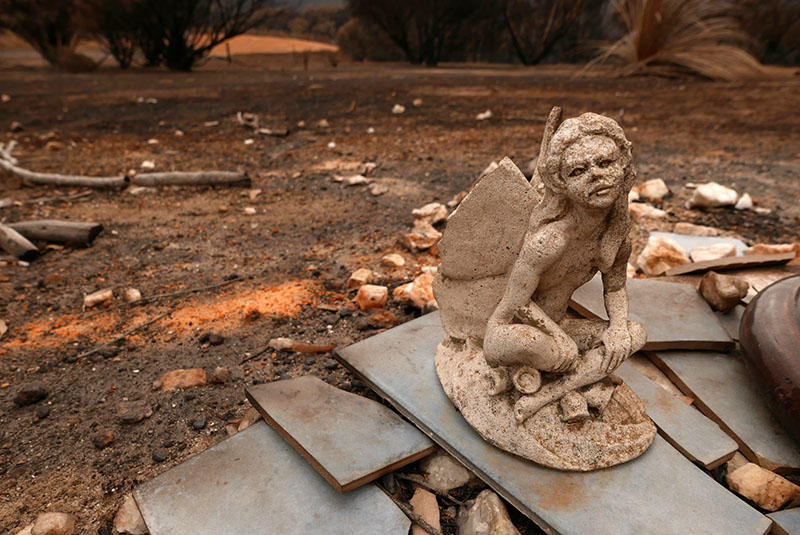 A broken angel in the ruins of a burnt house. 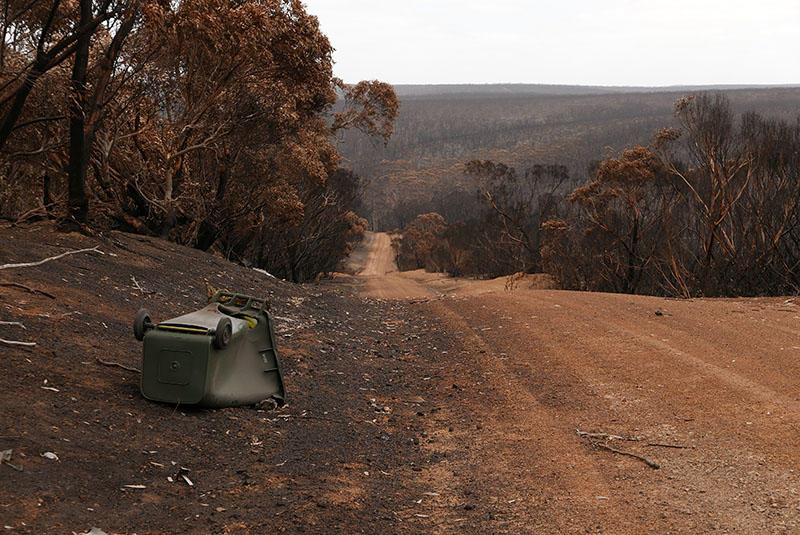 The western half of Kangaroo Island, Australia's third largest island, has been burned since fires broke out in December. 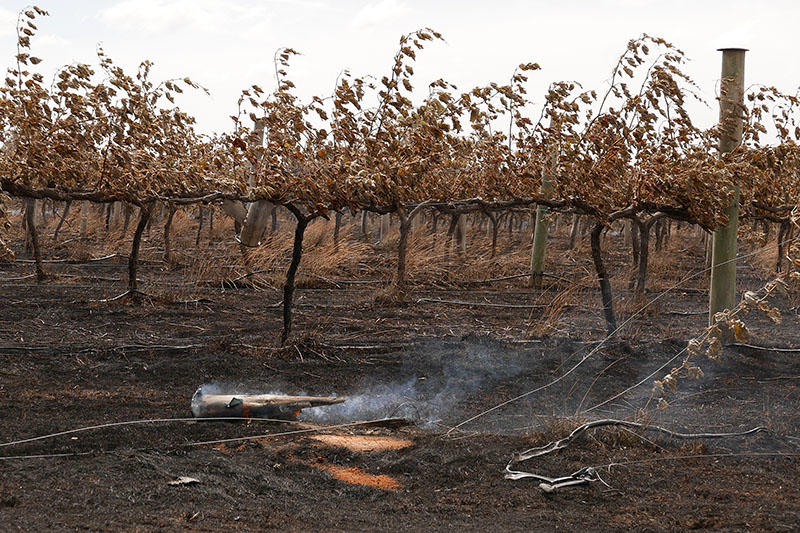 A vineyard that escaped the worst of the conflagration was nonetheless completely scorched by the intense heat. 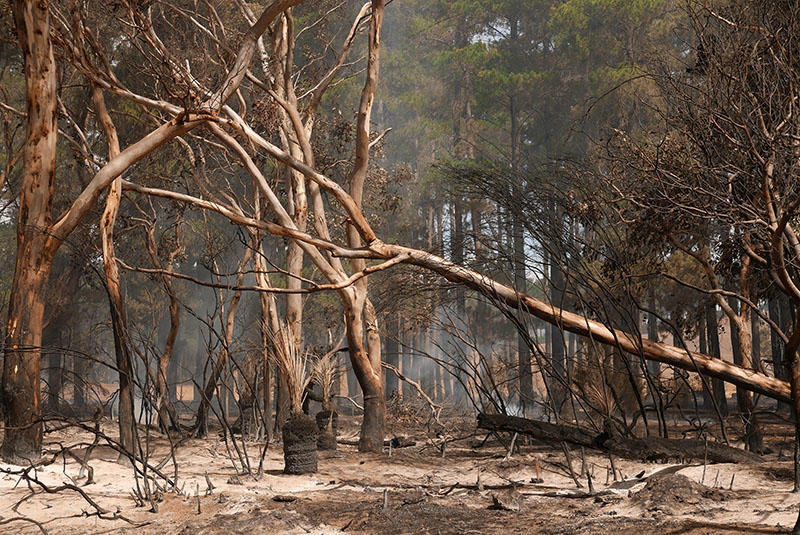 Smouldering roadside vegetation on the road to Parndana. 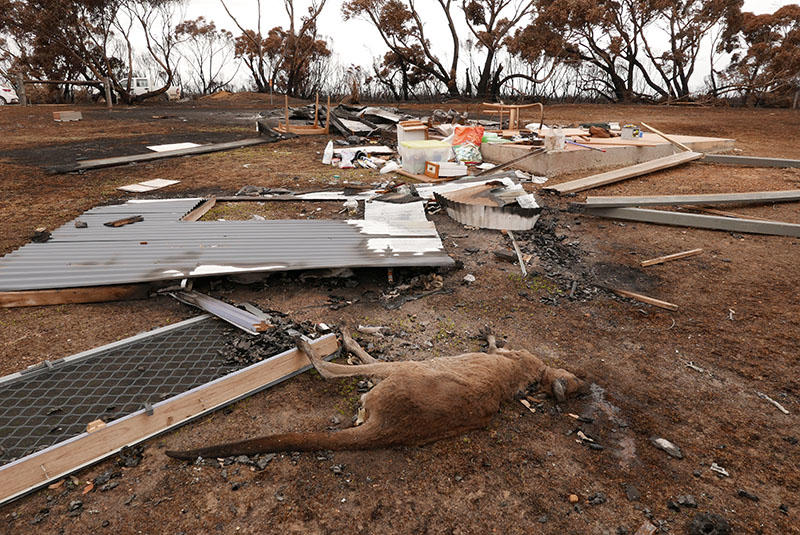 A kangaroo died near the ruins of a garage that had its roof blown off by the fire wind. 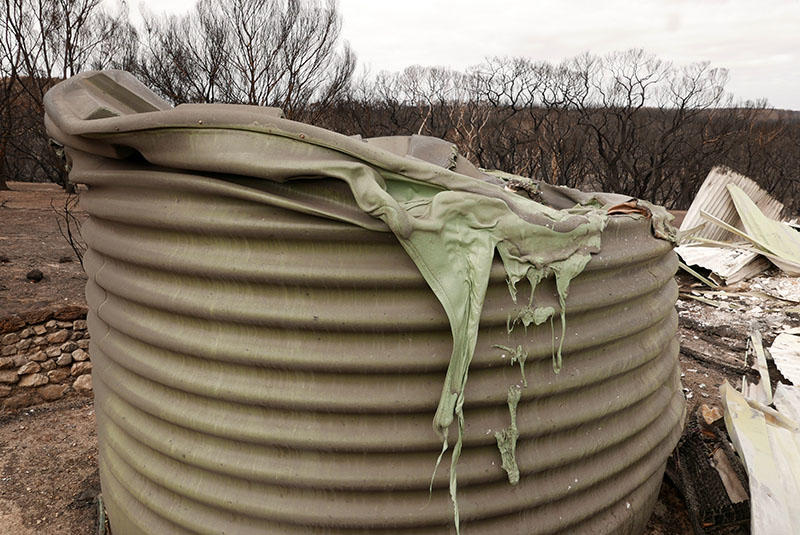 A water tank melted to the level of the water inside. 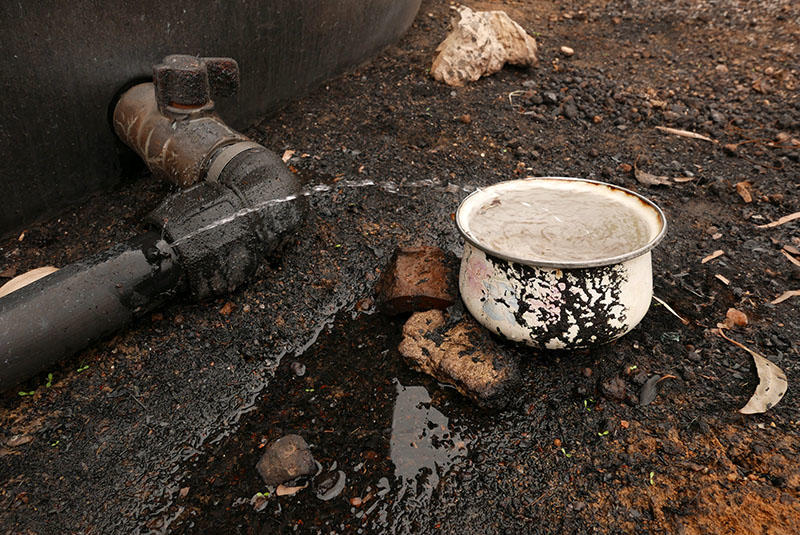 Owners of a house that was destroyed by fire left a pot of water, fed by a leaking tank, for fire-parched wildlife. 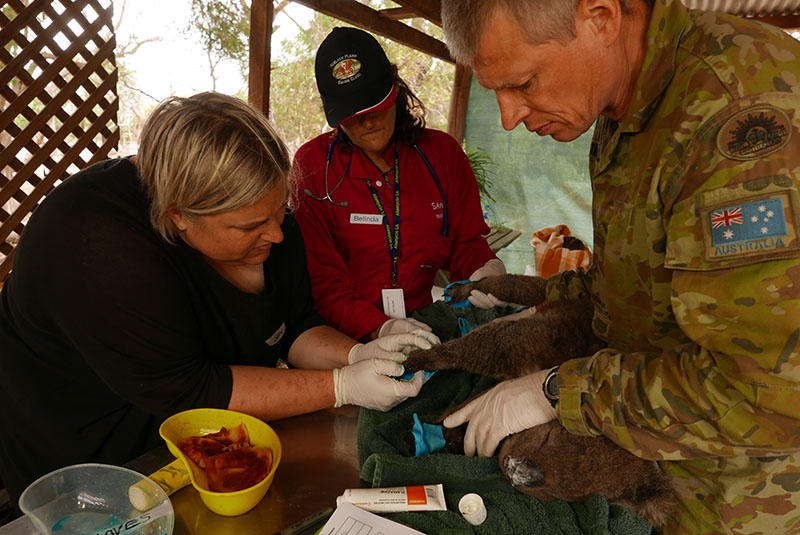 Volunteer vets and an army reservist treat the burned feet of a koala at Kangaroo Island Wildlife Park, which escaped the blaze. 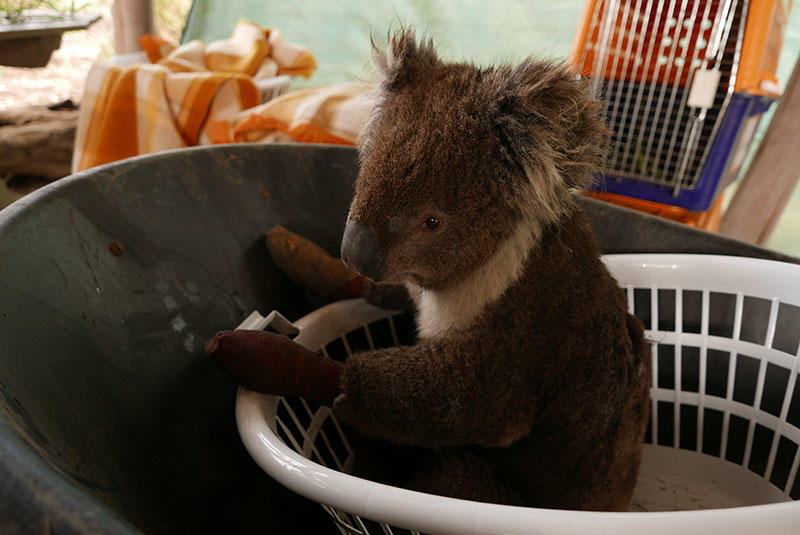 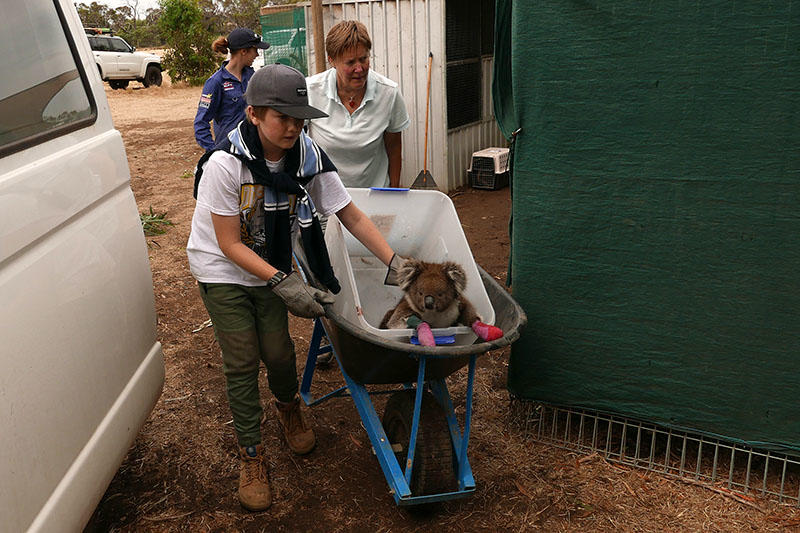 After treatment, a koala is taken to a makeshift pen erected for the influx of injured animals at Kangaroo Island Wildlife Park. 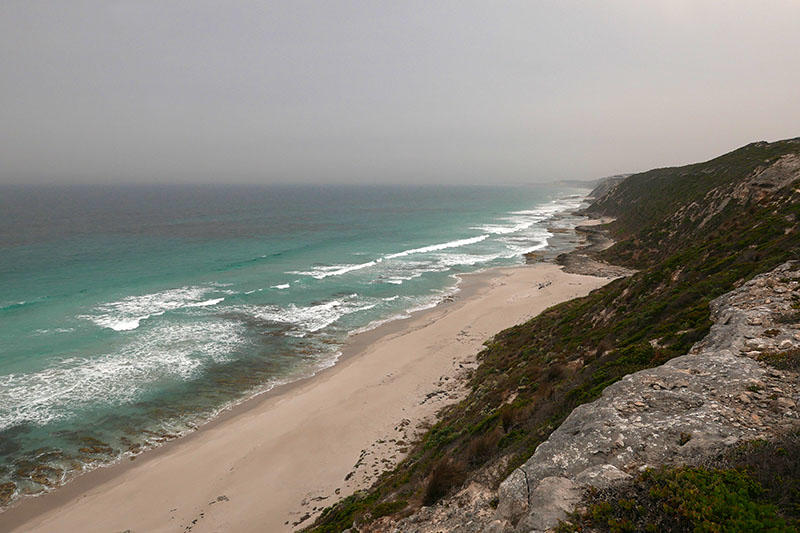 A pall of smoke hangs over Kangaroo Island, which is almost three times the size of Rakiura/Stewart Island. 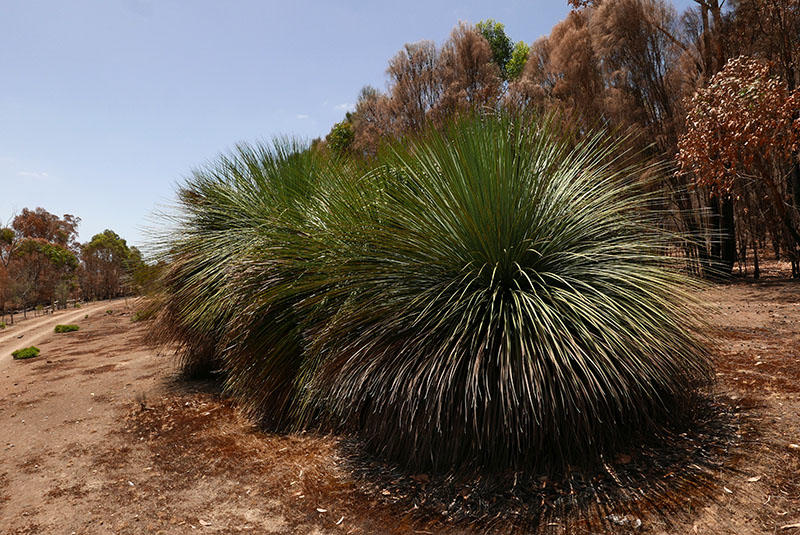 A healthy yacca, or grass tree, an iconic Australian species. 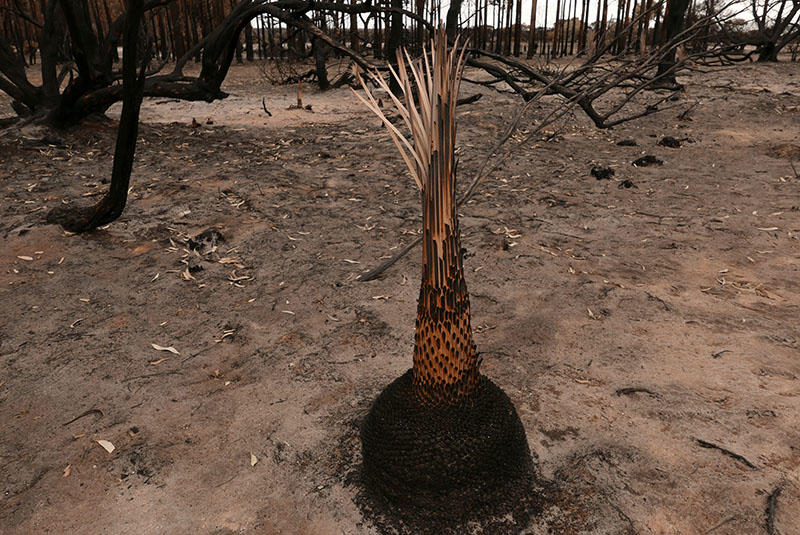 After fire yaccas are reduced to a charred trunk and a tuft of leaves. After fire, they regrow rapidly and flower. 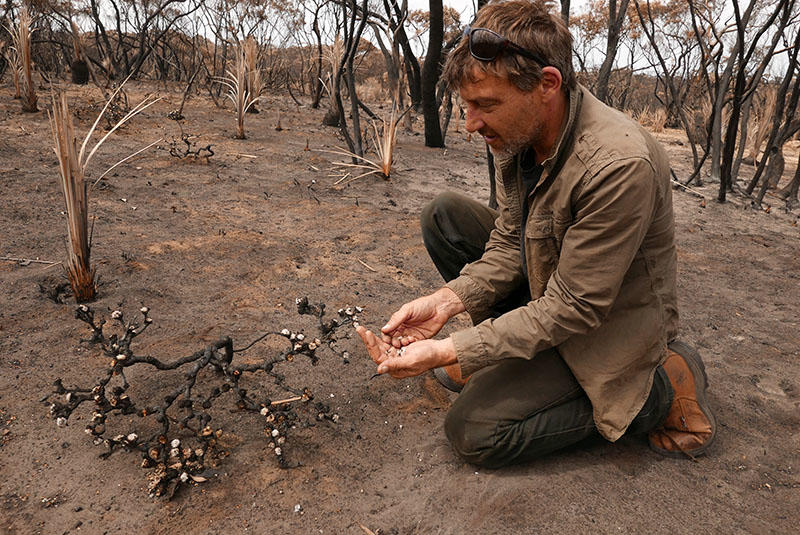 Entomologist Richard Glatz picks up seeds from cones of a burnt conestick shrub, which has opened after the fire. 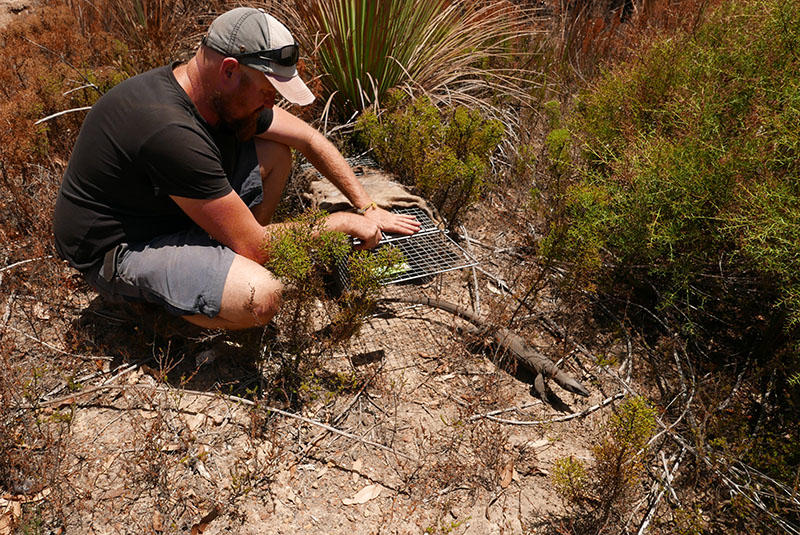 The aftermath of the fires was terrifying to behold, Warne says.

“I went with people to see houses that their friends had owned that were just rubble with twisted roofs that almost melt into strange, weird shapes with the intensity of the fire.

“People told me that while fire is a regular and natural occurrence in Australia, these fires they have been seeing are of such intensity, they are like furnaces, more than fires.”

The intensity of the fires is such that they create their own weather, he says.

“It’s very bizarre to be walking down a path to what was once a house and see shards of glass, hundreds of feet, just having exploded from window frames.

“I saw a roof had been blown off a garage and across a road and ended up wrapped around trees, the ferocity and the force is frightening in the aftermath, let alone being there during the conflagration.”

After the worst of the fire risk passed Wayne went out with volunteer vets and saw some heart-wrenching scenes.

“There’s a lot of farming in Kangaroo Island, I think 35,000 sheep have died, 500 or so cattle. One of the vets told me he had seen cattle seven-high in a paddock where they had run in their terror and in their panic.

“Another of the vets told me there is so much that is seen that cannot be unseen.”

The island is home to many rare species, Warne says. One piece of good news is that the rare and tiny dunnart has been sighted since the fires.

“There are these little minor miracles that occur. This [dunnart] site had been caught in the December fires, but not badly and the loss of undergrowth during that minor burn, meant that it was spared the major January 3 burn which really wrecked much of the island.

“Some of the habitat for the glossy black cockatoo is well to the east and that hasn’t been burned.”

Habitat loss does put endangered species under greater threat of predation, he says.

“They have a big, big problem with feral cats.”

Warne says he's been moved by people's compassion for the wild creatures affected by the fires.

“[I saw] an orchard which had been covered in wire netting to keep birds and animals out in the normal course of events. There was still charred fruit on the trees and as the owners opened the gate to the orchard so that animals could have what remained.

“They intended to return with food and hay pellets for the kangaroos that are still coming out of burnt parts of the island. [It's moving] to see that empathy and compassion for small creatures they shared their lives with as their own lives have been upended by loss.”