Everybody eats, pay as you feel

As many of us think about what will be on the Christmas menu on Wednesday, Nicholas Loosley is looking forward to a well-earned break from thinking about food.

He is the founder and general manager of Everybody Eats, which serves restaurant quality, three-course meals, from rescued food that would otherwise go to waste. Diners simply pay as they feel. 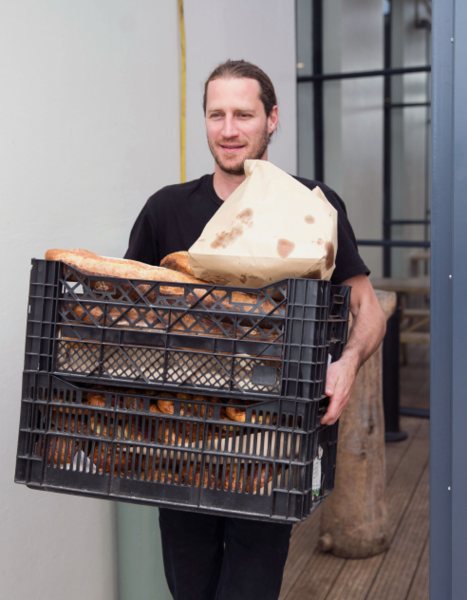 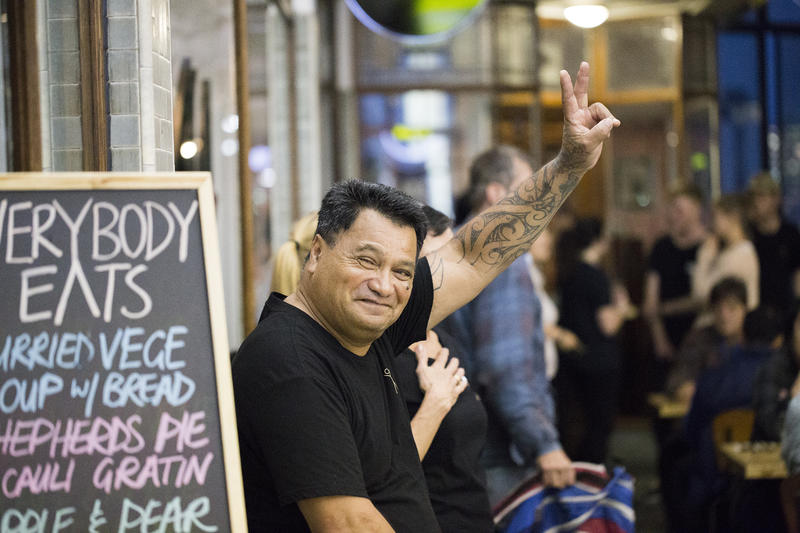 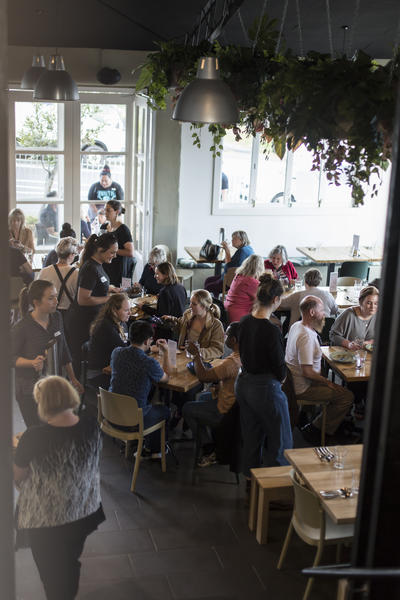 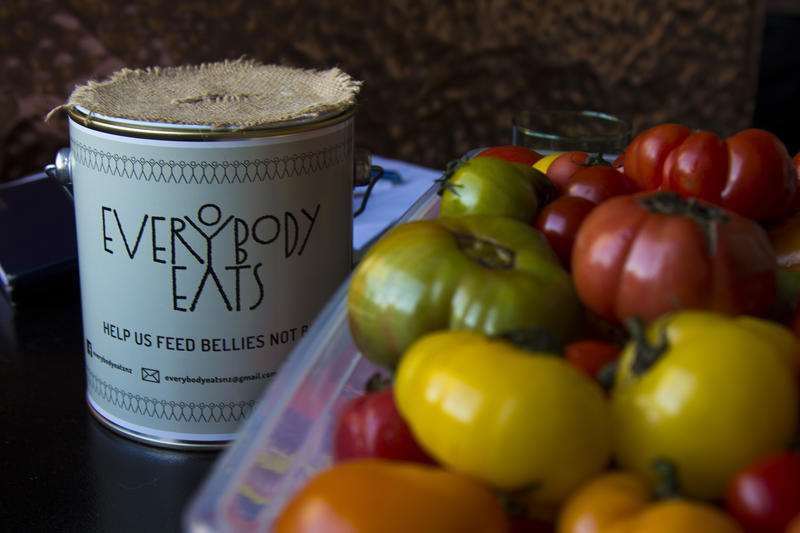 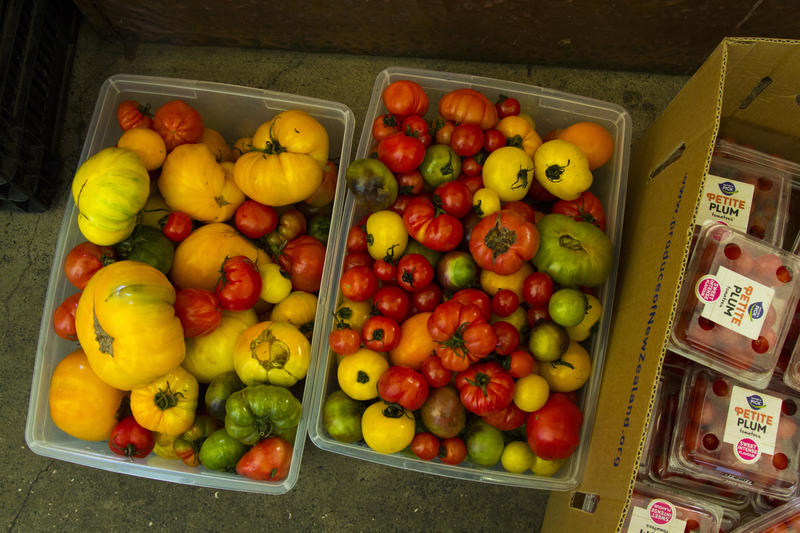 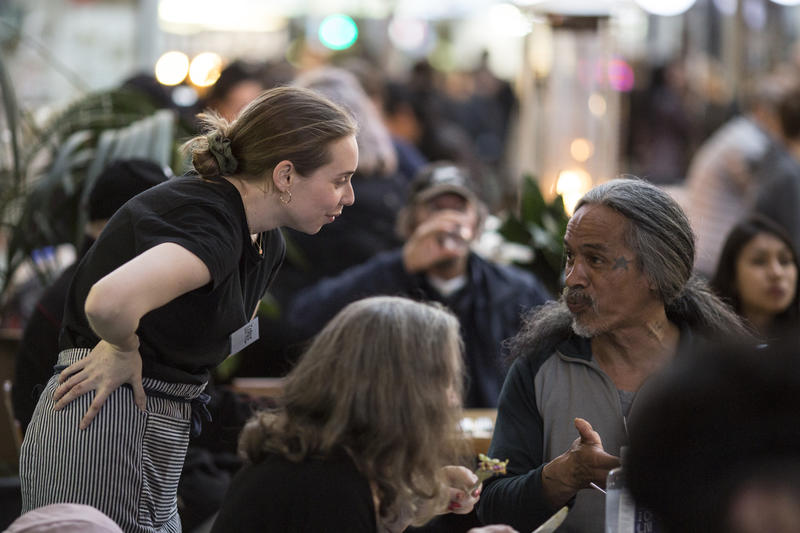 Everybody Eats began in Auckland two years ago as a part-time, pop-up restaurant with volunteer chefs.

Loosley says the idea occurred to him while he was in the UK doing research for his masters on organisations making change through food.

He says he was “blown away by the amount of incredibly valuable food that people just seem to want to throw in the bin for some reason.”

“One of things I often talk about is if we go to a supermarket and we expect anything and everything at our fingertips when we walk in there then there’s a lot of waste that’s built in order for it to be there when we walk in.

"[Everybody Eats is] about how we can repurpose this very valuable resource that we’re all very aware is going to waste, but I was actually looking more into the community side of cooking and how we can use food as a tool to bring people together.”

His venture panned out well with Gemmayze Street at Kevin’s Arcade, on K Road, taking up the chance to join hands and provide an open and welcoming environment to diners from all walks of life.

“We’ve been incredibly lucky to have the support of what I would call the Auckland hospitality community and to begin with we weren’t really sure who was going to cook,” Loosley says.

“On the first night we did something like 120 people, Samir the chef from Gemmayze Street and the owner was there cooking and very quickly we realised that we weren’t going to be able to stop so week after week we kept coming back.

And the concept of ‘pay as you wish’ is also another vantage to make sure everyone is comfortable in going to the restaurant, he says.

"It’s a pretty interesting social experiment, but what we find is people do genuinely give what they can. There are certainly instances of people dining with us regularly that you might think could give more than you see them giving, but one thing I’ve learned is you can’t judge people whatsoever, you don’t know everyone’s story, you don’t know what’s going on for them at home.”

But with the dependency on ‘rescued food’ for the menu and 1000 volunteers registered, the diner is not without challenges.

Two or three times a week, the crew drives around in their e-vehicle to collect the rescued food from supermarkets and present the chef with “the ultimate mystery box challenge”, Loosley says.

“There’s not a whole lot of planning that goes into it really … Every now and then we have to spend a little bit of money to create what we call a complete three-course meal, so we do every now and then have to buy dairy and herbs, things like that, because we want to be able to provide something a little bit more special than what people might get at your average soup kitchen.

Last month, Loosley opened the doors on a permanent restaurant in Onehunga, open for dinner five nights a week. With the hiring of a fulltime chef and manager and the employment of new software to help deal with volunteers, Loosley is a little more assured his future plans to expand can come into fruition.