The good divorce: how to help children cope with a break up

There’s no such thing as a good divorce, but it is possible for to parents navigate a divorce and avoid damaging their children, says education consultant and parenting coach Joseph Driessen.

All divorce is traumatic for children, and this must be accepted as entirely natural and normal, he told Kathryn Ryan.

When adults divorce, often for very rational reasons, they are still under the influence of primitive emotions he says.

“What people are surprised about in a divorce is that our rational mind, our cortex, which evolved 2 million years ago which can calculate, and do maths, it comes to a rational decision this relationship isn't working, and therefore it will be better for all of us to split up.

“And yet when it actually happens, then we are surprised as humans, that we're overwhelmed by very primitive feelings which belong to our limbic system, the system of our animal heritage.” 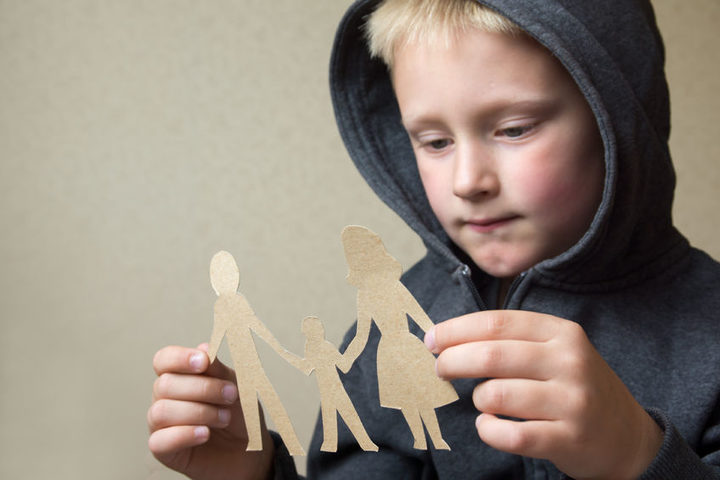 A cycle of emotion is entered into, he says.

“When we split up we go through a cycle of feelings both the children and the parents, which are much stronger than most of us realise – we’re overwhelmed by them.

“The rational one says, yeah that was good, But the limbic mind says it's bad. And so we're overwhelmed with grief, then often fear and anxiety overwhelms us then massive regrets about what we should and shouldn't have done.”

“What happens is that the adult is sort of knocked off their balance by these strong feelings.

“And then they’ve got to manage the children who are also knocked off the balance by their strong feelings.”

Despite this parents must manage their emotions away from the child, he says.

“I do that by talking to my friends, to my counsellor, and then in front of the child I try and stay moderate.

"Now that's very important, especially when you get into the angry phase, so you don't contaminate.”

Under no circumstances should the child be drawn into the parents’ battles, he says.

“You can't use the children, you just simply cannot use them.

The angry phase of a divorce is a natural consequence of going through a traumatic separation, but the child must be shielded from it, Driessen says.

“Dangerous, catastrophic divorces, are when the angry adults start using the children as weapons, withholding access, bad mouthing the opposite person, contaminating the love the child has for the parent with their rage which is actually just a temporary phase.

“And so the child becomes conflicted, deeply anxious, doesn't really know what to do and the worst thing is if the whole thing becomes generalised - all women are bad, all men are bad. And the girl is a woman well, how does she feel now?”

A bad divorce is one where the parent cannot get rid of their emotions properly and contaminates and damages the child, he says.

A divorce shatters a child’s idealised world and parents must work hard to “glue” thing together, he says.

“A child has in their little brain, an idealised world, Mum and Dad love me, our family's happy and safe, the world is all beautiful, and nothing will happen to me - that is an idealised or, in psychological terms, an archetype or blueprint. “

When this breaks apart the child goes into mourning, he says.

“Once parents realise that the child is actually mourning, an idealised picture of their family, then they realise, well actually we can help them, because we can say to the children, okay, it feels bad, and it is bad because mom and dad are not living together, but we're still a family.”

Supportive parents will characterise the divorce as a difficult experience, but not one that removes parental love form the child, he says.

“They say we are still a family. Your dad and your mom still love you. We're going to love you together, it's going to be different. It's going to be sad and difficult for you, we understand that, but we are here for you.”

Frequent contact by the absent parent is vital, he says.

“Frequent little phone calls, frequent texts, the parents saying I am here for you and we are both working together.”

This approach is borne out by research to be successful, he says.

“Parents who do this in word and deed and create a working relationship, even though it might be difficult for them they still do it, the children they respond much better, much better.”

Listen to all Nine to Noon's parenting advice here.