The One Coin scam and the missing cryptoqueen

For people who missed out on the BitCoin bubble, One Coin was a new opportunity. It promised a huge return on investment and garnered more than $8 billion in investment, some of which came from New Zealand. The problem was, it never really existed, and now its founder has disappeared.

The crypto-currency One Coin was launched in 2014 by the glamorous Bulgarian businesswoman, Dr Ruja Ignatova who disappeared in 2017. The scam has been documented in a podcast by technology journalist Jamie Bartlett in conjunction with the BBC called 'The Missing Cryptoqueen'. Bartlett is also the author of several books including The Dark Net and The People Vs Tech. 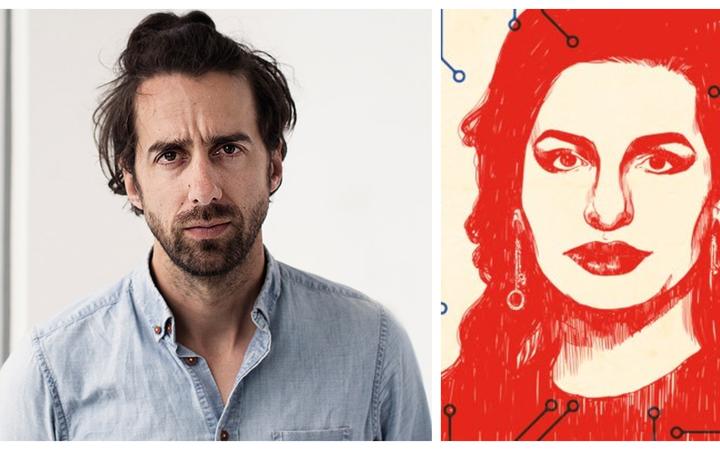 He tells Kathryn Ryan it’s the most remarkable and crazy story he’s ever worked on.

“In 2014, Ruja Ignatova turns up out of nowhere, tells the world she’s got the next BitCoin and if you invest in it now you can become rich beyond your wildest dreams. Over the course of about two to three years, more than 4 billion euros was invested into One Coin before she disappeared in October 2017 and hasn’t been seen since.

“What this really was - we’ve discovered - is that One Coin was really just a classic pyramid scheme, it worked through pyramid selling… but rather than selling vitamin tablets or supplements or Tupperware, they were selling a fake crypto-currency. And this crypto-currency, which the company claimed had a market price and that market price kept going up and up, was really based on nothing at all. It was fake and the price was just invented by the company."

Bartlett says the story is an example of what can happen with incredible technology hype, but a lack of understanding. He says that when Dr Ignatova came along, many people were feeling like they had missed out on the BitCoin bubble that enriched early investors.

“You won’t find any BitCoin specialists investing in One Coin because they spotted very quickly there was a problem. Their so-called blockchain database - the technology that underpins BitCoin - rather than being public and open like BitCoin’s, One Coin’s was closed and private.”

One Coin said being private was more centralised and secure but crypto-currency specialists called spotted it as nonsense. For the non-specialist, however, it was all technical jargon, and Dr Ignatova had the title to back her name with a masters degree from Oxford University.

“She’s smart, she’s professional, that I think was very useful to her because it made people trust her and believe her without really questioning the technology. It wasn’t just investors that she duped, a lot of big institutions were sort of tricked by her.”

For instance, Dr Ignatova gave a talk at a conference organised by The Economist magazine. Photos taken at the event, of her surrounded by branding and the The Economist name, were used as promotional material and sent around the world.

Bartlett says New Zealanders were caught up in the scam with around 300,000 euro invested in a six month period. There were three complaints to the Commerce Commission made about One Coin.

He says that there were critics of One Coin from the early days before it was revealed to be a scam.

“They were saying there’s something wrong this, it doesn’t make any sense. It’s not like the other crypto currencies, you’ve got to stop investing.”

One Coin responded to critics by painting them as luddites or people who favoured traditional banks over disruptive technology.

One of the strangest things about the saga of One Coin is that even with a missing CEO and the reveal that it’s a classic pyramid scheme, it still has its believers and investors. Under the ‘about’ section of its still functioning website, it says One Coin will soon be listed on a currency exchange.

In October 2017, Dr Ignatova took a flight from Bulgaria to Athens and wasn’t heard from again. Bartlett and his producers have spent a year trying to track her down and have variously heard she’s in Brazil, Russia, Bulgaria, London, or dead.

“We were getting a little bit frustrated because it felt like we weren’t getting anywhere. But then we spoke to a private investigator who said, ‘the thing about finding missing people is they don’t change their habits, you’ve gotta look back to her life before One Coin - who were her friends, what was her lifestyle, what sort of food did she eat, what was her behaviour - because people don’t change. They might disappear, but they don’t change their habits."

That led them to Germany where they discovered she had been involved in a previous scam but most interesting was when, in their pursuit, they ended up at a beauty pageant hosted in Romania to promote One Coin.

“We were told later from someone who was very senior in One Coin that he’d heard a rumour Dr Ignatova had had plastic surgery and was at that beauty pageant.”

They also heard from people in Athens that she had been spotted in a high-end restaurant there.

“I’ve been told she listens to the podcast. She’s probably laughing at us and thinking, those stupid journalists, they’ll never find me.”

Since Dr Ignatova has been missing, her brother has been charged with fraud and company lawyer Mark Scott was found guilty in the US of laundering $500 million of One Coin money for her.

Bartlett says One Coin is a good example of how financial regulators haven’t been able to keep pace with digital change. The UK financial watchdog didn’t put out a warning about One Coin until mid-2016 and then removed it a year later. One Coin used that as evidence that UK financial institutions considered it to be a legitimate investment.

“We create these institutions to manage the world in a particular way, and we’ve done all that in an offline world. Suddenly, along comes this digital technology which is rapidly changing, borderless, hard to pin down and the rules don’t seem to quiet work anymore.”