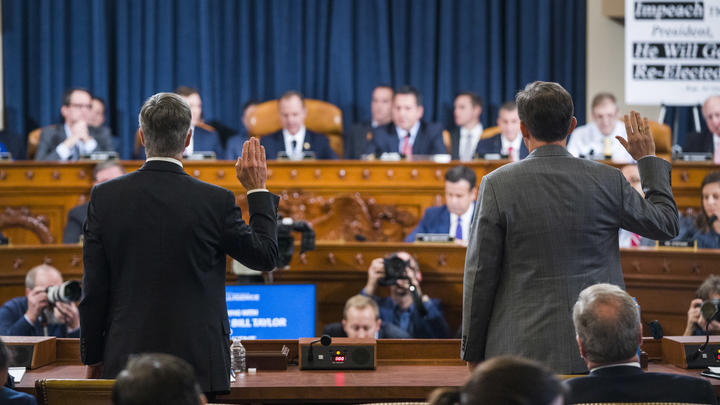 The impeachment inquiry into  US President Donald Trump has started a critical new phase, with the first public hearings underway.

The inquiry is attempting to establish if the President sought help from Ukraine to boost his chances of re-election next year, by pressuring the Ukraine to investigate one of the president's main Democrat challengers Joe Biden, and his son Hunter.

American political commentator, Ron Elving, takes a break from commentating on the public hearings for NPR to speak with Kathryn Ryan.