Shaun Barnett, writer, photographer and outdoorsman has just published a revised edition of Day Walks in New Zealand - with 20 new walks, spanning the country from Cape Reinga to Rakiura.

The first edition of this book published in 2007 sold more than 15,000 copies and he says a lot has happened in the intervening 12 years. 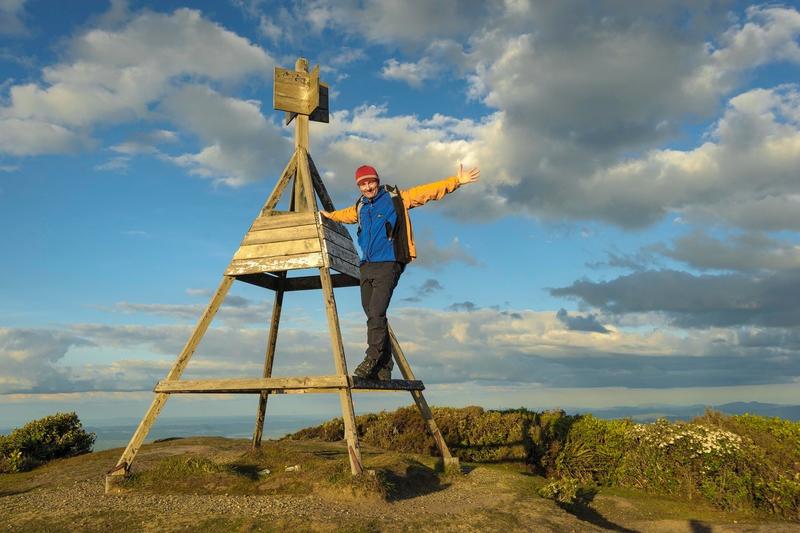 Shaun Barnett at the summit of Mt Pureroa, Pureora Forest Park, near Taupo 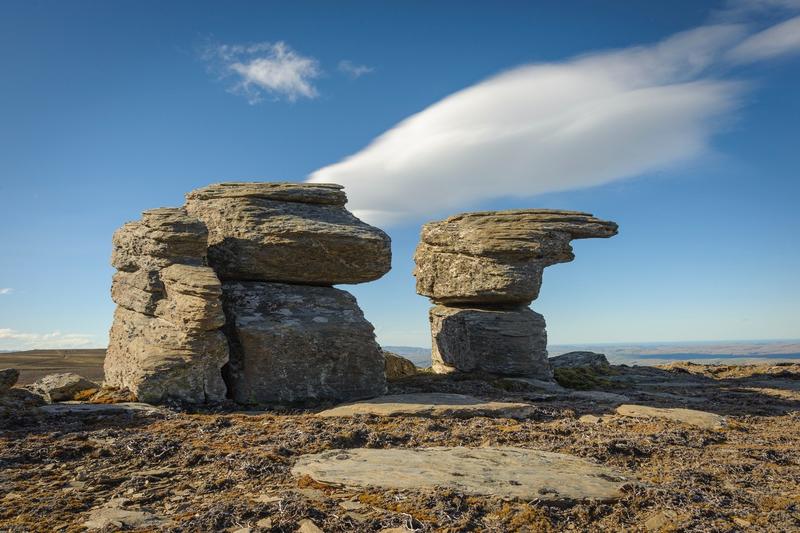 Rock tors on the Rock and Pillar Range, Otago 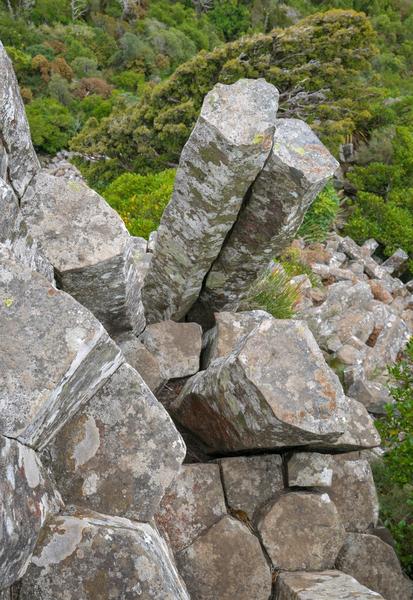 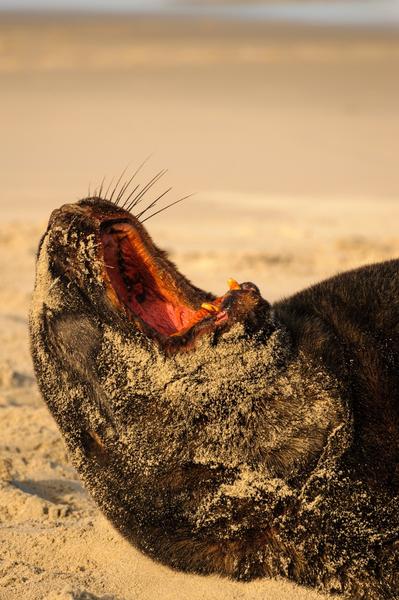 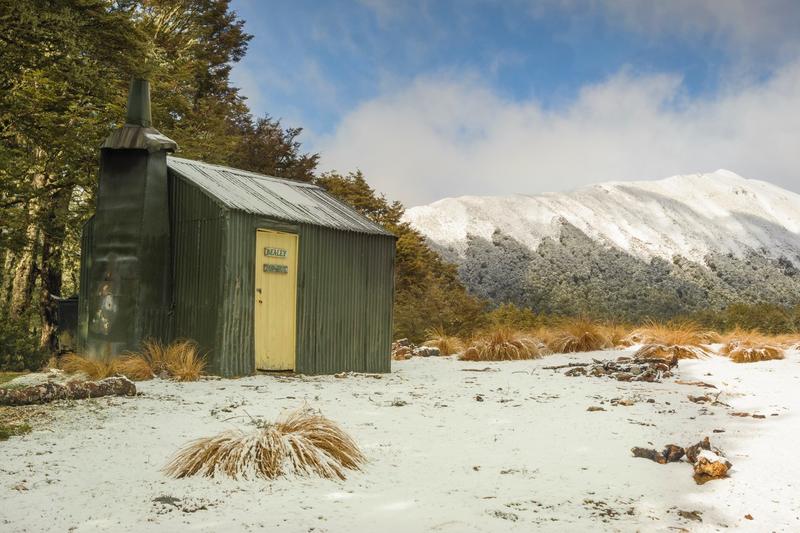 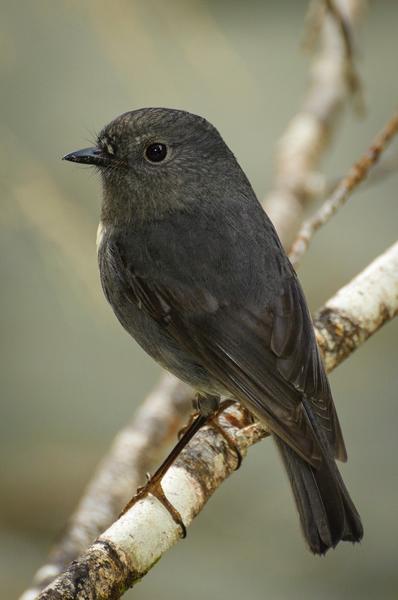 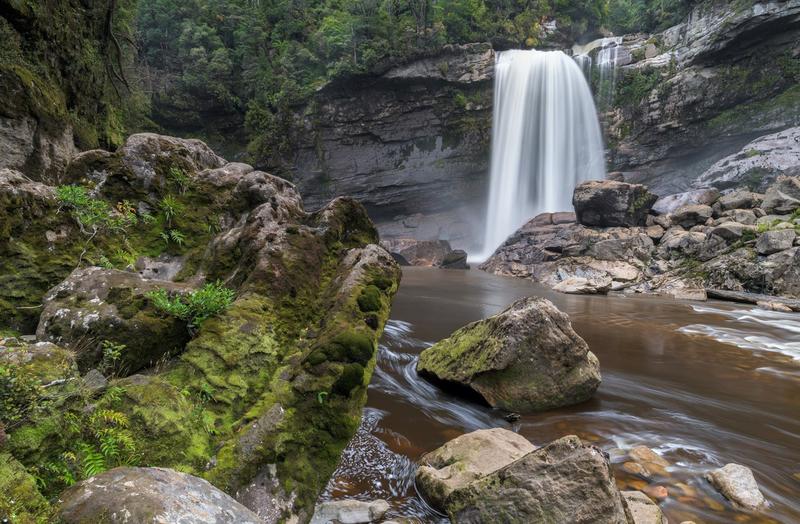 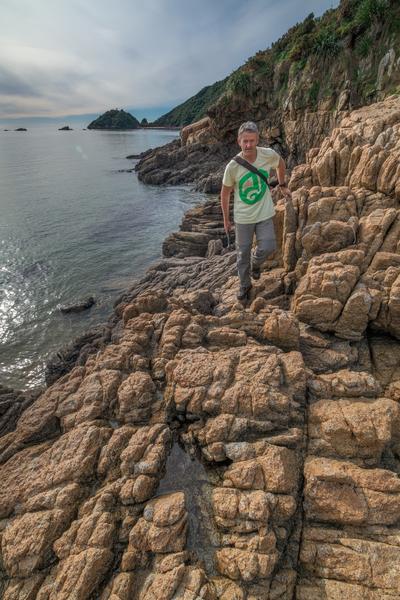 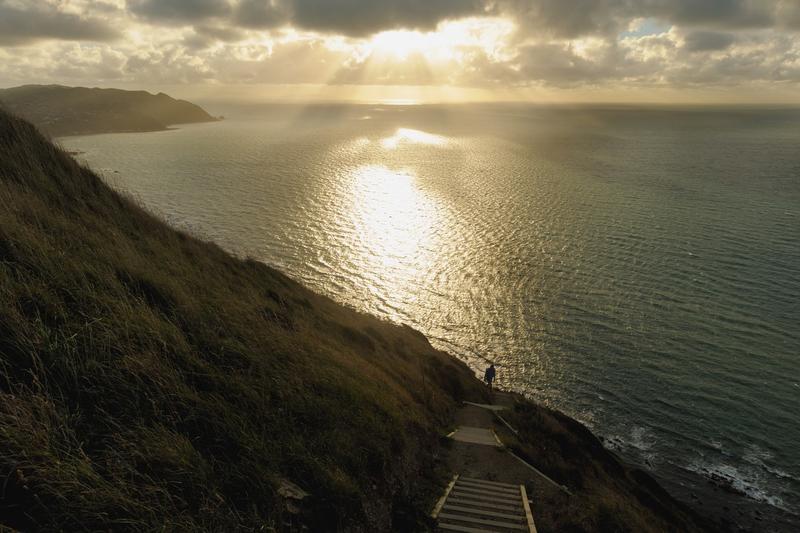 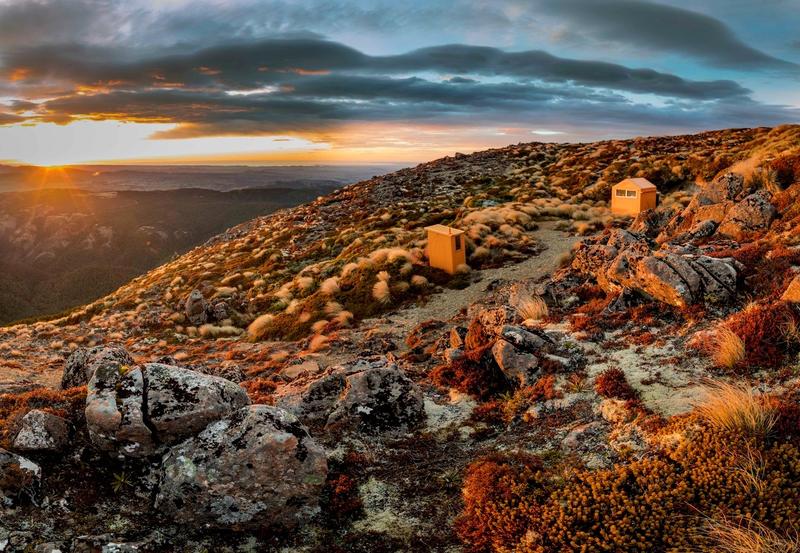 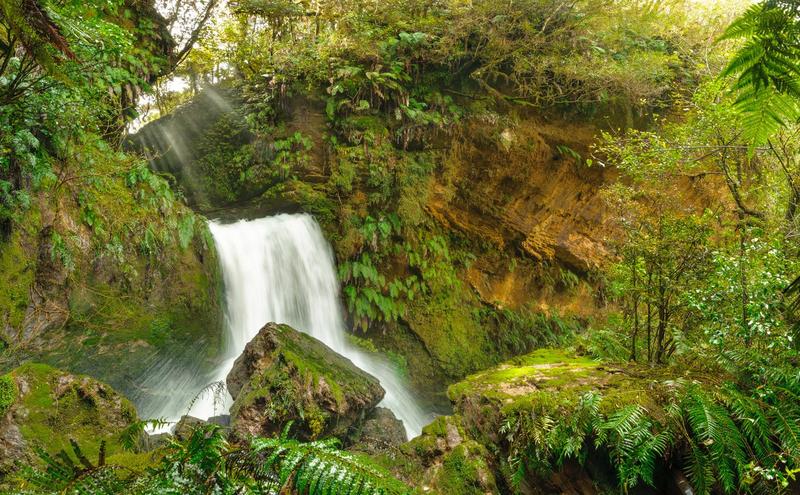 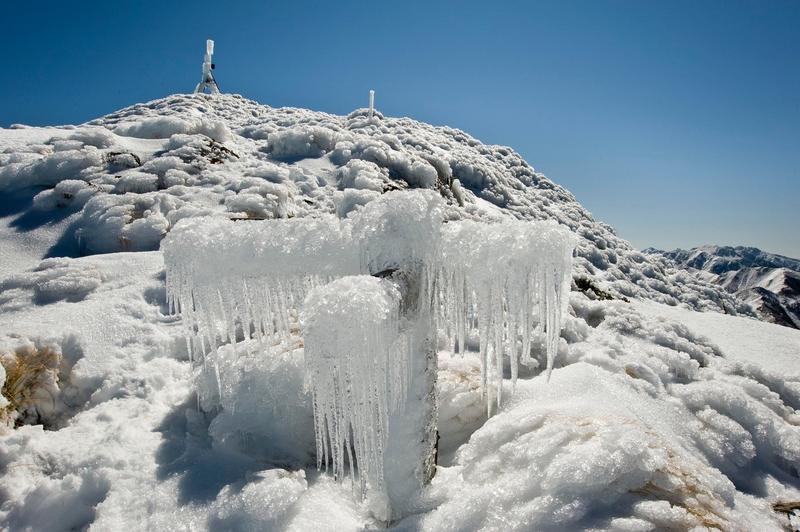 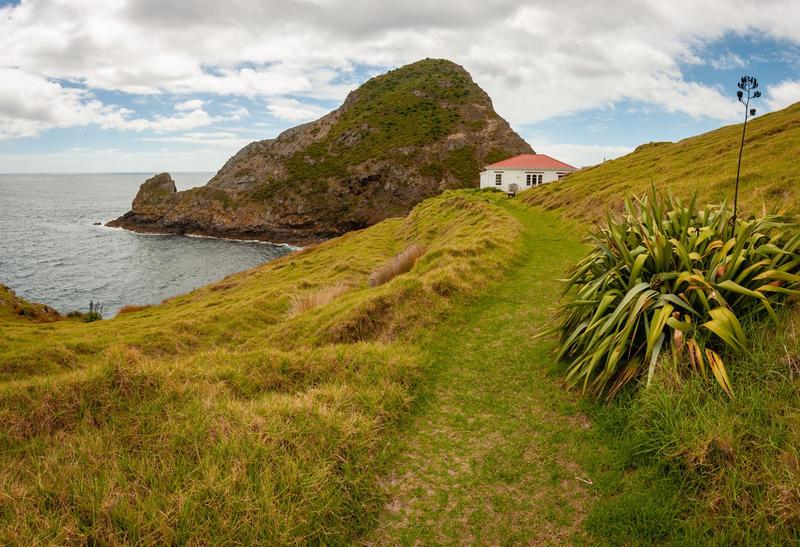 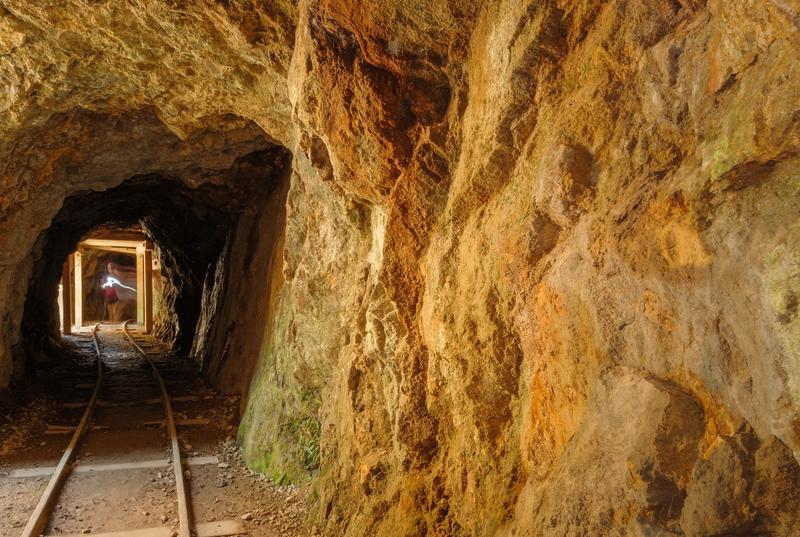 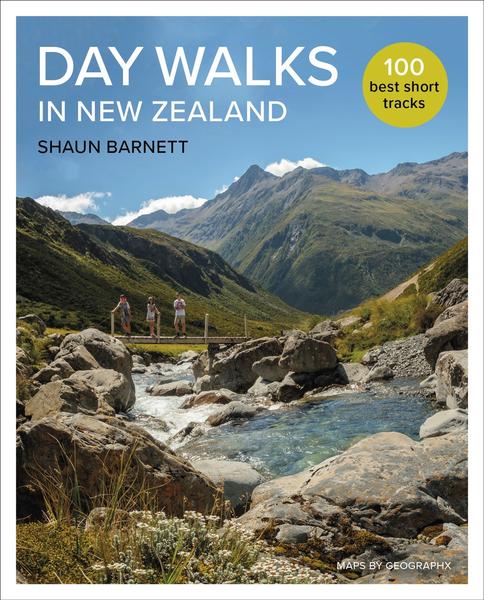 In particular, the Te Araroa national trail and new walks such as the Paekakariki Escarpment Track.

“It’s a wonderful new addition, a fantastic example of ‘build it and they will come’, it’s exceeded all expectations tens of thousands of people are walking there every year,” Barnett says.

Barnett says he was mindful that some walks are just too popular.

“There is there is a risk that you know, we're going to walk some of these places to death.”

He says he eventually decided to include the Tongariro crossing in his book despite the pressures on that trail, but some he left out.

“There were a couple of walks I did actually exclude from the last edition that have got so busy that I just decided I couldn't ethically promote them anymore. Roy’s walk near Wanaka, it’s just a complete circus up there with people taking selfies from the one spot to recreate the one photo.

“So yes, there are some places that are that are getting immense amount of pressure.”

There are plenty of lesser known, and equally impressive, walks he says with nowhere near the human traffic.

“It can be very dark even in the middle of the day in the tawa foster has this very distinctive experience walking through that and you follow through this limestone gorge and then drop down to the base of these very exquisite falls which come through a crevice in the rock and splay out underneath a boulder, and there's a huge limestone overhang there and hardly anyone goes there, hardly anyone knows about it.”

In Dunedin, Sand fly Bay and the Mount Cargill walk is another favourite of his.

“There's nowhere else like it, those big rolling flat tops, which are really easy walking when you get up there, when the wind’s not blowing, and then these tors rising up out of the landscape like the bones of the earth as Neville Peat describes them. “

“It’s so accessible, once you get to Stewart Island it's only 10 minutes by water taxi and they have regular services out to the island. You can spend all day, there’s weka prowling around on the beaches, South Island saddleback and robins.”

Walks in urban centres are also included, he says, such as Zealandia in Wellington.

“Zealandia is just an iconic experience for anyone in Wellington to come and walk in that place and see how it's been transformed. Last time I was there I think we saw saddleback, takahe, whiteheads, hihi any number of endangered birds, some species that were extinct on the mainland not that long ago.”

Even on a day walk, New Zealand’s changeable weather means there is no room for complacency, Barnett says.

"I personally think it should be mandatory to take a PLB (personal locator beacon) even on a short, two hour walk because you never know what can happen.

Although expensive to buy, PLBs can be hired by the day, he says.

“There's no excuse really for not carrying one I think, and just being prepared for New Zealand's a very tempestuous climate.”

And no matter what the forecast, always take a raincoat, he says.

“We don't have the extremes of climate perhaps some of the continents do, but it can change so rapidly so always having a raincoat, even if the forecast has been fine weather, because they’re fantastic wind-breakers, and you could sleep in a raincoat if you need to if you get caught out.”