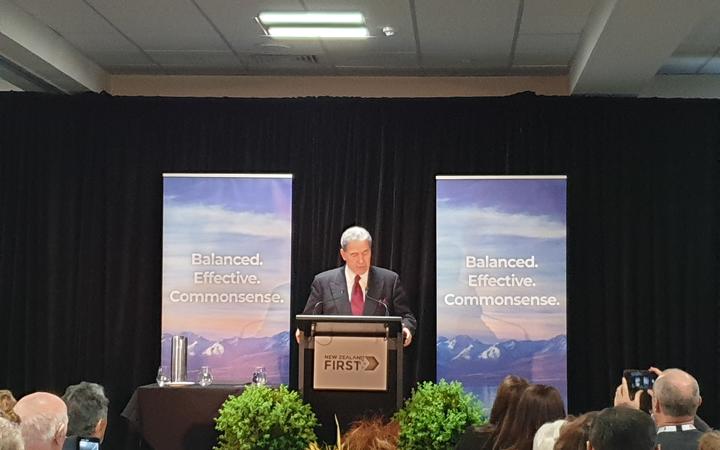 Party leader Winston Peters didn't announce a new policy, despite saying he would be doing so. Photo: RNZ / Jo Moir

Brigitte and Mike join Kathryn to discuss the New Zealand First conference over the weekend, how the coalition dynamics are working, the most recent political polls and whether there's further headwinds ahead for Labour delivering on big election policies.

Mike Williams is a former Labour Party president and Brigitte Morten is a senior consultant with public and commercial law firm Franks & Ogilvie and a former senior ministerial advisor for the previous National-led government.