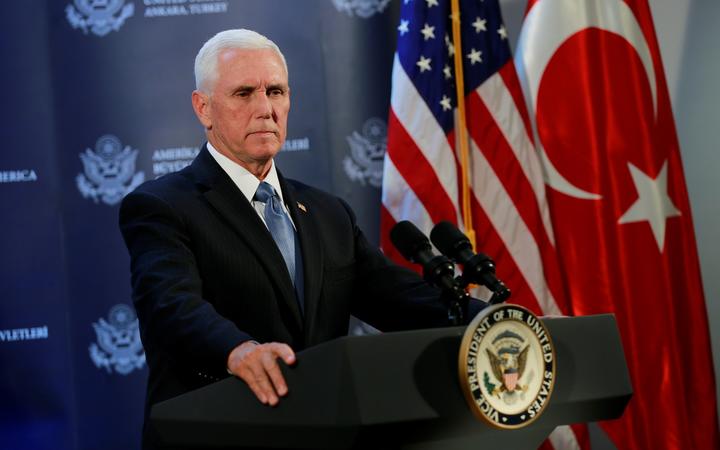 The US Vice President says he has a deal with Turkey's President for a temporary ceasefire in Northern Syria.

Turkish troops entered Syria last week in an offensive against the Kurdish-led "Syrian Democratic Forces", which Turkey has long maintained is an offshoot of the militant Kurdistan Workers' party.

The assault was triggered by the US decision to withdraw its troops from Kurdish-held areas. Mike Pence is in Ankara for talks with President Recep Tayyip Erdogan and made the announcement about the "pause" in the offensive.

Kathryn talks with Borzou Deragahi, International Correspondent for The Independent in Istanbul.