The battle to publish Dr Zhivago

Many people are familiar with Dr Zhivago - the epic love story set during the Russian Revolution. What they might not know is the story of how the novel, written by Boris Pasternak, finally came to be published in Italy in 1957.

The authorities in the Soviet Union didn't want the novel published, saying it was critical of the Revolution.

The novel was smuggled into Milan, published in the West and then smuggled back into the Soviet Union by the CIA in the hope of destabilising the regime.

A new book by Lara Prescott, The Secrets We Kept, re-imagines the CIA's efforts to promote Dr Zhivago, and the efforts in particular of women agents. 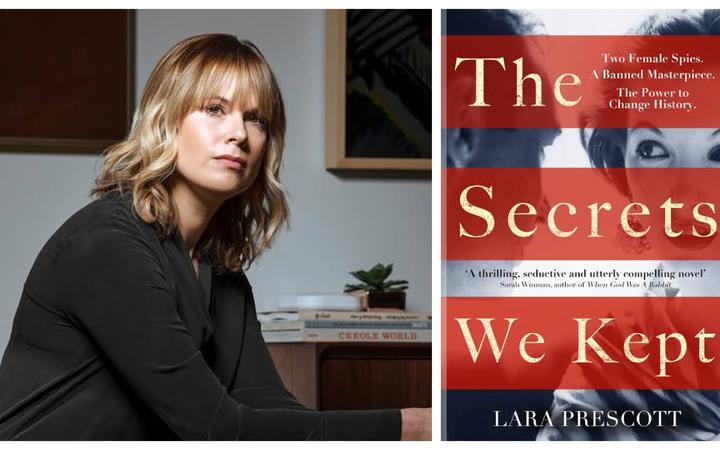 Prescott’s childhood was filled with Dr Zhivago influences thanks to her mother, who was such a big fan that she named her daughter, Lara, after the novel’s heroine.

“I grew up turning my mother’s jewellery box, over and over again, so I could hear it play 'Lara’s Theme', and growing up watching Dr Zhivago any time it was on television and then finally reading the actual book when I was in high school, so it’s been part of my life since day one.”

So when years later she read about the CIA’s "stranger than fiction" mission and the release of about 100 classified documents on the case, Prescott couldn't help but set out on her own venture to uncover who the people behind it were.

“[The documents] all redacted the officers involved in the mission, but it details every step of the way of how they used Dr Zhivago as a tool of propaganda, including using the Brussels World's Fair in 1958 as a staging ground to smuggle the book to Soviet visitors. 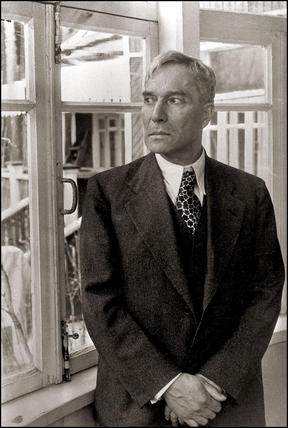 “I initially came to it with that lens, thinking who are these people behind the redactions? And then I was thinking, who are the people who typed these memos in reports? Because those are the people that know the secrets behind these master secret keepers.”

That led her to her first narrator in the story, a woman in the CIA’s typing pool, which subsequently threw her into a spiral of research.

“That led me to learning everything I could about the early days of the CIA, and women spies in the CIA, then leading me to Boris Pasternak’s personal story, which led me to Olga Ivinskaya, who was his real-life mistress and muse.

“So I was reading basically any primary research I could find on it, and also talking to Cold War historians and experts on women spies.

“But then my travels took me to Russia during the writings of my first draft … that trip to Russia left its mark on me because I got to see where Boris Pasternak lived and where he was buried, it was just an unbelievable experience.”

Drawing out the characters

And Olga Ivinskaya’s own autobiography provided a great insight into the novel’s backdrop, Prescott says.

She says it helps explain why Dr Zhivago was seen as subversive and its far-reaching implications on her and her family, with Ivinskaya being sentenced to the Gulag twice due to her association with Pasternak.

“Once I heard her words and all of the trials and tribulations she’d gone through, I was just really inspired to write from her perspective because I’m really interested in the woman that’s behind a man in the spotlight, that’s why I write about the women spies of the CIA and that’s why I wrote about Olga.”

Prescott’s book involves five Western and Eastern women characters narrating the story from their perspective, in a similar fashion to the style Pasternak’s employed for Dr Zhivago.

“When I was spending time with one of the characters, say Sally, who was a character on the Western side as a woman spy, I would fully try to get into her mind by having pictures of 1950s women on my computer or hanging up in my office and I would listen to old music from Washington DC during that time, so I would really try to get in the mood for her mindset through different ways.

“And then I would say go and write from Olga’s perspective, I would listen to more sombre classical music, Tchaikovsky, and things like that to really set my mood.”

The Western CIA agents are modelled on bits and pieces of historic records between real women spies as well as former CIA agent Elizabeth McIntosh’s biography, she says. That biography is based on the precursor to the CIA, called the OSS, of which McIntosh was also part.

But there are other sources of inspiration too, like WWII American spy Virginia Hall and TV personality and spy Julia Child.

“I had never heard about or read about these women in my history classes growing up and I was shocked that they’d done so much and contributed so much to the United States that there aren’t monuments built in their honour, so it was just a pleasure learning about these women.”

Prescott's research showed that Dr Zhivago was part of a programme, that lasted until the 1990s, in which about 10,000 books and pamphlets were smuggled into the Eastern Bloc.

“But this was also part of a larger programme of soft propaganda that the CIA waged during the Cold War, so it wasn’t about dictators and bombs and instant change.

“It was really what they called the long-tail of change, where you were planting seeds of dissent within citizens' minds and then hopefully, or at least in their view, they would eventually start to question what was being kept from them and why."

However, Pasternak’s great niece, who had written her own book Lara: The Untold Love Story and the Inspiration for Doctor Zhivago (2016), claimed Prescott’s novel breached a copyright.

Anna Pasternak claimed Prescott’s novel has “an astonishing number of substantial elements” taken from her story.

Prescott and her publisher responded by saying the claims were “unfounded”. And Prescott told Nine to Noon elements in the book are known facts.

But it highlights the challenges that come with writing historical fiction, she says.

“To me, fiction has the opportunity to do things that non-fiction can’t which is to take you into the heads of these people and how they must’ve experienced it … that’s the great power of novels, so while it can be tricky, a world without historical fiction or world that you can’t write about events that happened in history seems crazy to me.”

After much investigating and travels on a shoestring budget, Prescott’s efforts to finish the novel finally paid off beyond her expectations. Looking back on the process now, she says she was very ambitious and she's proud for accomplishing her goal, setting the bar high, despite biting off more than she could chew.

Her work was such a success that there was an auction bidding war over who would publish the book.

“I feel like I was living a surreal moment, because I had not known that it was going to be published at all and I’m a pessimist by nature so I set my bar really low that maybe it was not going to get published … so when I started hearing back from multiple publishers and that there would be an auction, I was almost having an out of body experience.”

And as a former political campaign consultant, she says she finds current events interesting with the rise of social media as potentially tools of propaganda, just like books, similarly to Dr Zhivago, were used 60 years ago.

“It’s something that can be done in an instant, millions of people can see that piece of fake news, and it’s a scary place to be in right now.

“I could never have imagined just how close to home I can see the mirrored reflections of this Cold War that’s never ended still playing out today.”