The only way is up - green walls: Mel Robinson

At five storeys high, New Zealand's tallest outdoor green walls for an apartment complex in Remuera has been created by landscape architect Mel Robinson – for which she has been awarded several awards, including a Homestar Innovation Point.

Robinson and her green wall designs are featuring in the Auckland Garden DesignFest next month. 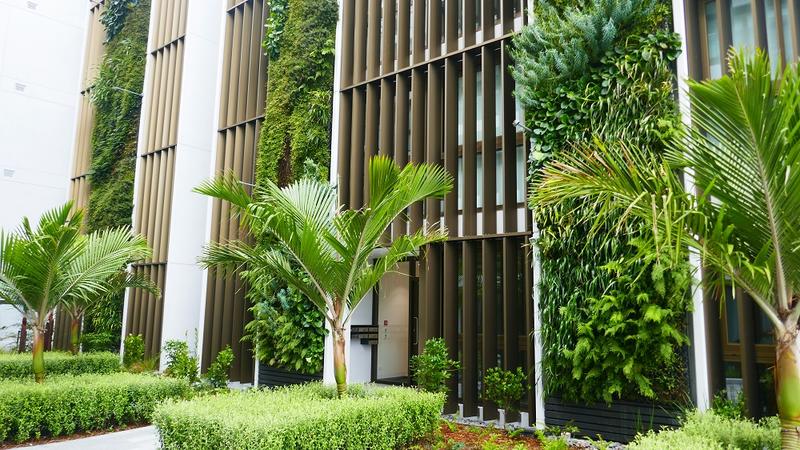 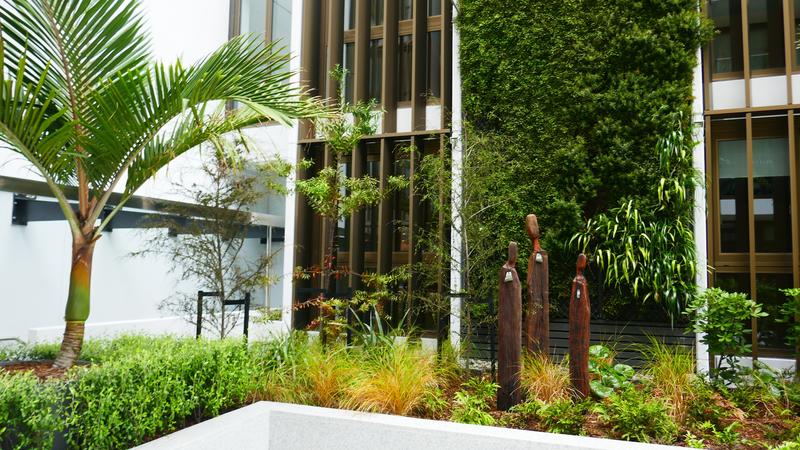 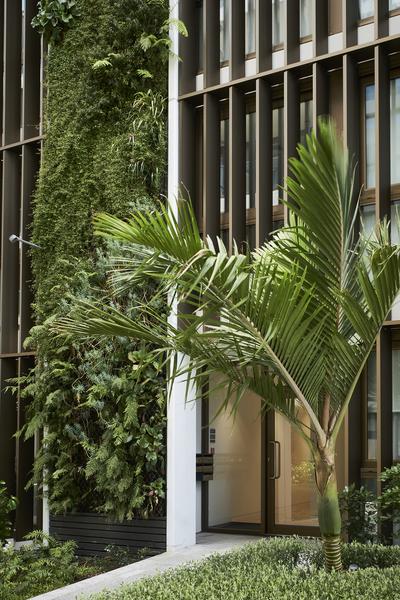 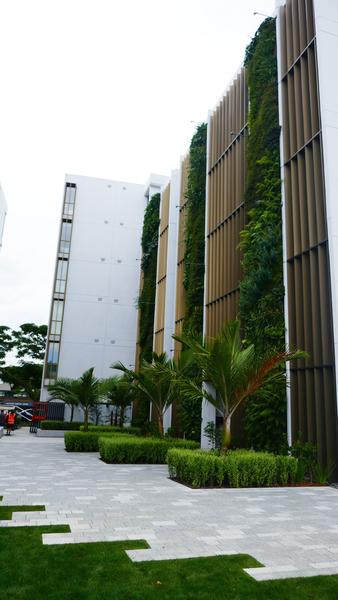 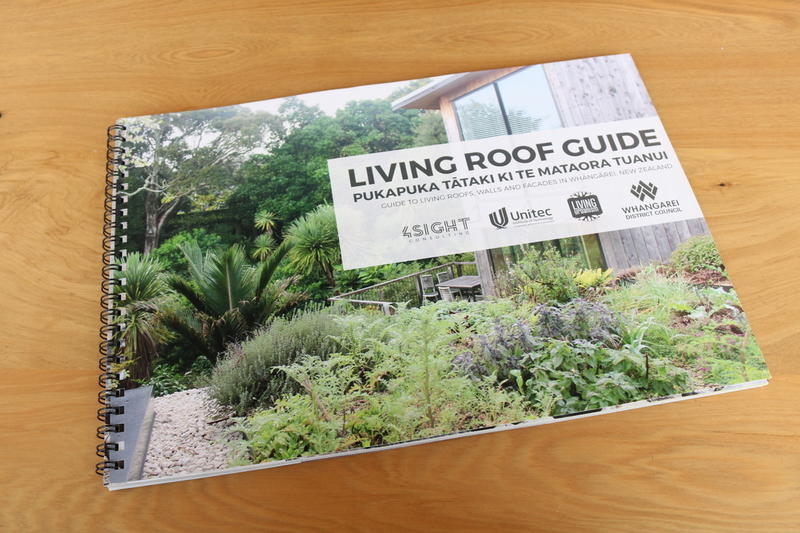 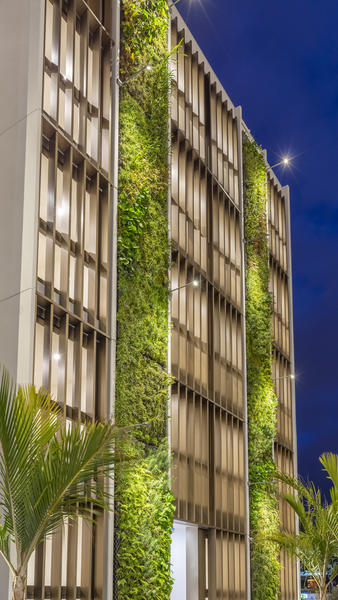 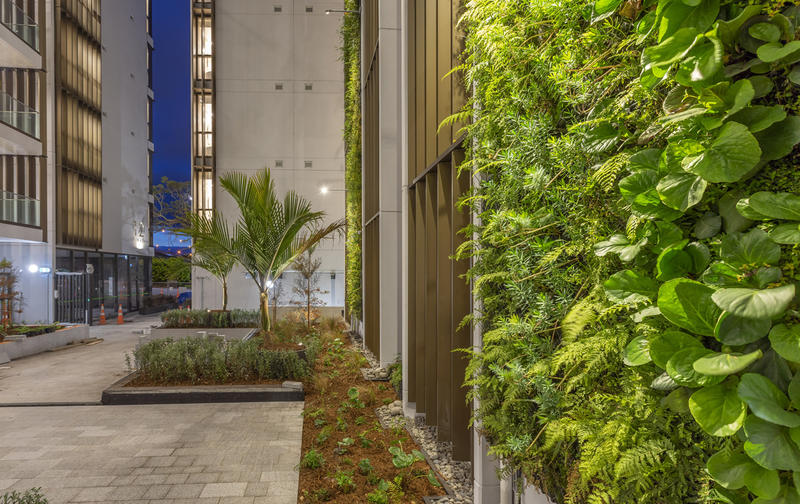 Making your own green wall

Green walls, also known as vertical gardens or living green walls, can also come in the form of screens. The difference being that a green wall has a panel or pocket that’s filled with growing medium and from which the plant will grow, whereas a screen is when you have a plant that ascends a building from the bottom with the help of wires.

“You can get woolly pocket type structures from Bunnings, or somewhere like that, that you might pop onto your wall of your patio and grow some lettuces and some herbs and that system will be a relatively short-term model.

“Or alternatively you have the more heavy-duty systems like what went on the St Marks luxury apartment complex or the 277 Mall in Newmarket that are designed to last in the public realm for a much longer period of time.”

For example, for the St Marks complex apartment the plant palette was tricky, she says. The developer thought it was important to include a lot of native species in the design and also some seasonal change.

“On the native side of things, [we used] such as phormium green dwarf, which is a small dwarf flax that has a lovely flower that provides bird and bee food, and native grasses and food. And then for colouring, little pops that would accent seasonal change - we used things like begernia, which has a small pink flower, we had some bromeliads that have these beautiful cascading fluorescents of pink and yellow.”

Another important factor to take into account is the aspects or which direction the wall faces, she says. The 277 Newmarket Mall, for example, has seven large green walls that have different aspects.

“That’s another really important thing to consider when you’re doing your plant selection or you’re thinking about doing a design of a green wall at home, is whether your aspect is north facing or south facing.

“If you have a lot of sun you would need to select completely different plants to green walls that would be going to shady sites.”

The maintenance of large green walls in commercial situations can be a complicated procedure, Robinson says.

Often it’ll be done with specialists abseiling from ropes at the top of the building to snip plants and tidy them up on a quarterly basis, she says.

“A lot of the system is actually quite automated though, which is great that really helps reduce the maintenance.”

Irrigation is critical to these plants because unlike ones planted in the ground on soil, their roots cannot extend deeper in search of water, Robinson says.

“I would really suggest in any situation that you definitely have an irrigation system so if you’re doing a green wall at home, with your herbs and lettuces, the minimum requirement there would be to have a drip hose going through your pockets or whatever you’re using.

“But in these commercial projects, they actually have quite a complex fertigation system which is where nutrients are in a tank that is sucked in to the irrigation system and the plants are essentially liquid fed three or four times a day.”

Green walls can also be beneficial in supporting biodiversity by providing birds and bees with food, depending on plants selected, as well as habitat for lizards and bugs. And they’re even beneficial to clearing up pollution, Robinson says.

“So green wall plants, depending on the type of species selected, can remove particulate matter from the air, they absorb carbon dioxide and they produce oxygen.

“They also help to reduce what’s called heat island effect in cities so concrete heats up, whether it’s a building or driveway or footpath, and this contribute to cities often being a couple of degrees warmer than if you were out in the countryside.

“And cladding the building with, essentially, another layer of insulation, helps to keep the building either warm in the winter or cool in the summer.”

She says she would consider Singapore one of the leaders in the green tech. But against a backdrop of growing calls for methods to live sustainably and action on climate change, she says interest in green tech has been increasing worldwide.

“My personal view and I think the consensus now is fairly widely accepted that we do need to increase the density of our cities, with population growth and the fact that most people around the world now live in cities.

“However, as designers – whether that be architects, landscape architects, urban designers and developers who are instigating these sorts of projects – there is an enormous amount of responsibility on us to ensure that we don’t create cold concrete jungles.

“I think that it’s really critical that we include things like green walls and green roofs into our developments to ensure our cities are really liveable and that they are pleasant places for people to occupy, with fantastic air quality and ecology.”

*The Auckland Garden DesignFest will be held on 16 and 17 November, featuring 18 gardens by a range of designers. It's an opportunity to talk about specific plants you like or inspiration for your own gardens, tips and advice. Proceeds from the tickets go to three selected charities.