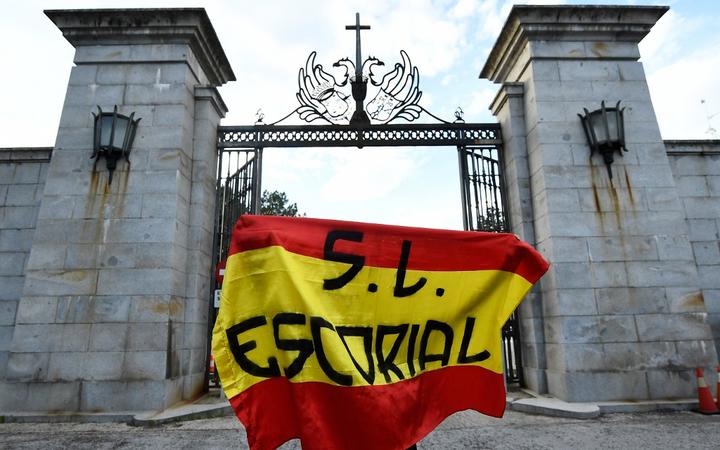 A man holds a Spanish flag in front of the closed access road to the Valle de los Caidos (The Valley of the Fallen), a monument to the Francoist combatants who died during the Spanish civil war and Franco's final resting place. Photo: AFP

European correspondent, Seamus Kearney joins Kathryn to talk about the critical week looming for Boris Johnson as he tries to get a Brexit deal done before an EU summit on Thursday and Friday. Amid the Brexit drama, the leader of the Scottish National Party says she'll make a request for a new referendum on independence "within weeks".

And final preparations are underway in Spain to exhume the remains of the late dictator Francisco Franco, but an exact date hasn't been given amid the move's controversy.