A ground operation by Turkish troops is now underway in northern Syria, following earlier airstrikes. It's feared the operation could lead to conflict with Kurdish-led allies of the United States. Borzou Deragahi, an international correspondent for The Independent, joins Kathryn to discuss the operation's implications - particularly for ISIS prisoners held in camps by the Kurds. 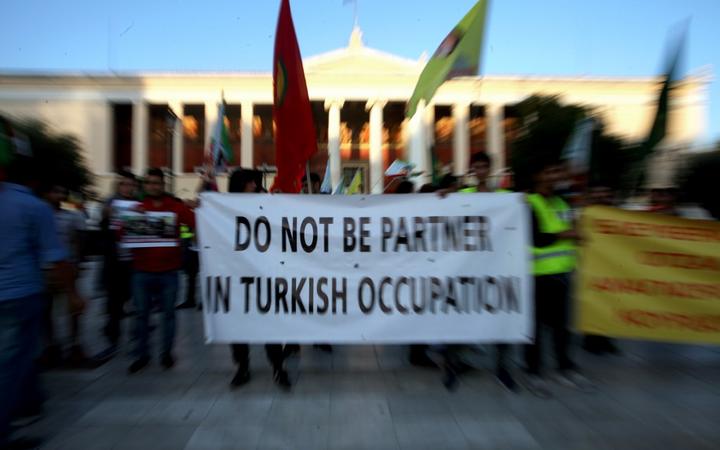 Kurds living in Athens protest near the Turkish Embassy against the Turkish offensive in northern Syria. Photo: Giorgos Georgiou/NurPhoto/AFP