At Merge Cafe on Auckland's K Road, everyone is welcome in from the street for a cup of tea, an affordable – or free – meal or just to hang out.

The new book Street features the stories of seven people who've been supported by the Lifewise Trust community workers who run Merge. 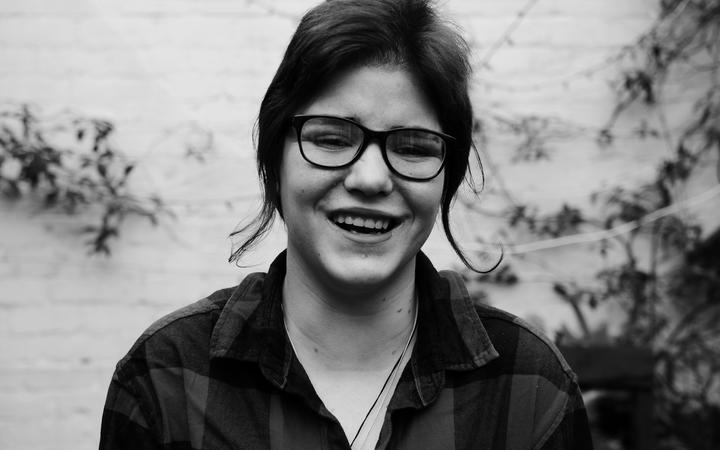 Taylor Banks Photo: supplied by Street, an intiative of the Lifewise Trust

Taylor Banks, who wrote her own story for Street, tells Kathryn Ryan she's proud to no longer be homeless now.

Taylor was just 17 when she ended up living on the street, after escaping family trouble.

She was homeless for seven years, until one week before Christmas 2018.

"[When I was first living on the street] I was shocked in a way to see the way that streeties, or homeless, get treated … I had to learn to accept what other people thought of me.

Being a 'streetie' wasn't all bad, though, Taylor says.

During that time, she connected with her grandfather and was able to look after him.

There was some positive influence from friends, too.

"They were a select few. I didn't want to hang out with idiots… so I picked my groups carefully."

Taylor says the hard times really began when she got with her ex-boyfriend: "He kept bashing me and he made me feel horrible all the time."

"If people wanted to donate, they donated. If they didn't oh well, I didn't eat that night."

One lady bought her a feed, gave her $50 and spent time talking to her.

"To be honest, [being talked to] makes us feel like normal people and not just bugs on the side of the road that are annoying you for money."

When she got off the streets in late 2018, Taylor first lived briefly in a hotel, then in a one-bedroom flat and she now lives in a two-bedroom.

"I'll be honest with you, I used to push around four, five trolleys at one point and they all go taken so I was really upset about it that. It's quite different in a house.

"It's great, I can walk away from the house and know my stuff is still there when I get home. It's a lot different to the streets and I'm just loving it, I'm loving the quietness around me, too."

Taylor will study social work next year and wants to eventually work in support of the homeless community.