We usually accept old age and ill-health as inevitably intertwined, but in the future that may not be the case, according to a geneticist based at Harvard Medical School.

Dr David Sinclair attempts to understand why we age and how we can slow its effects and looks at the scientific breakthroughs in his new book Lifespan: Why We Age - And Why We Don't Have To. 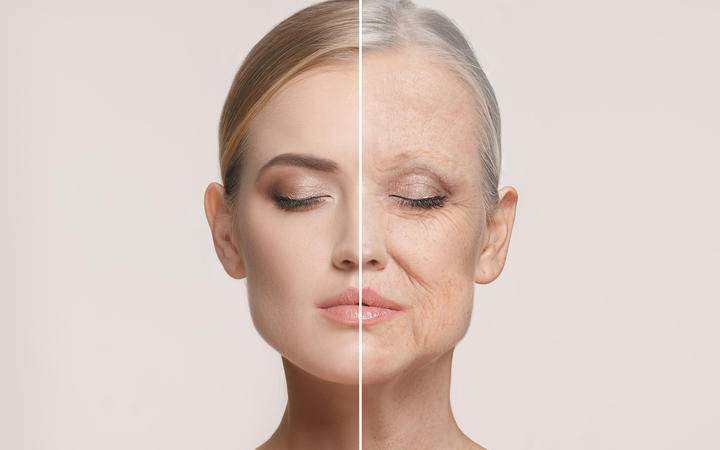 “Because we’ve been told ageing is natural and part of the course of life, there’s this natural reaction that I think we all feel and it’s that ‘gosh, don’t mess with the natural order of things’, but ageing is essentially what drives us towards cancer and heart disease and dementia and frailty, it’s what causes us to drop off the cliff - these diseases," Sinclair says.

“What I’m saying is it’s just as important, if not more important, to understand what drives us to the cliff in the first place.”

Many labs and companies are now working to slow down the ageing process and reverse aspects of it, as well as potentially push out diseases that arise due to old age, he tells Nine to Noon.

“We can extend the lifespan of live animals by 20 percent pretty easily, and there are even drugs on the market that we think likely to be age retarding drugs.”

So how do you reverse or slow down ageing?

The body clock or the genetic clock can pretty accurately determine – via a blood test – how old you are biologically and how long you’ve got to live, Sinclair says. 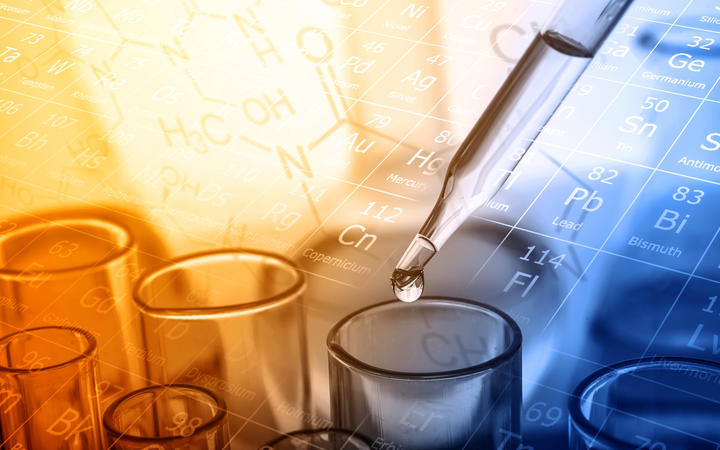 But it’s not the only thing the body clock is responsible for. Sinclair says his lab has evidence that this clock is actually controlling how old and healthy we are.

“It’s very early days but … we’re now able to, in mice at least, go in and tweak that clock backwards and forwards if we want, and what we see is an acceleration of ageing and even a reversal of many aspects of ageing.

“I’m not just saying it gives the resemblance of youth, it literally is making ourselves younger.”

It's long been thought that mutations in genes were the cause of ageing, but scientists have moved on from that view, Sinclair says.

He suggests in his book that it’s not the DNA code we lose as we get older, the loss of information is actually to do with the epigenome – how the genes are read, how they’re turned on and off as we grow.

“What we think goes wrong as we get older is our cells have a messed up epigenome – in other words, our cells don’t read the information the way we did when we’re young.

“[Part of the epigenome is] essentially chemical marks that accumulate on our genome and this messes up the cell's ability to read the genes correctly.”

Scientists have now figured out a way to remove those chemicals, which allows the cells to be rejuvenated and read DNA the way they did when young, Sinclair says.

“What is remarkable is that we’ve discovered that there’s a backup copy of the epigenome, that cells can be told to go back and get the back-up copy and reset ... so they can remember what they are.

“What that means is that the cells become more resilient, healthier and in the case of some of our research, we could even restore the vision in old mice.

“That seems to absolutely reset the age of those cells, not just transiently, but we think that it’s a permanent reboot of those parts of the body that we treat.”

However, Sinclair says he’s not taking credit for all of the findings because there have been previous breakthroughs in this area.

“A few labs in the world have discovered that there are genes that can trigger and communicate with the observer and trigger that reset. These genes are called the Yamanaka factors that were originally discovered by Shinya Yamanaka in Japan.

"He won the Nobel Peace Prize for that, but he didn’t use it for resetting ageing, he used his Yamanaka factors to turn adult cells in the body into stem cells.”

So far in his lab’s research on mice, they’ve managed to restore vision, treat glaucoma, and restore damaged optic nerves.

How to use your longevity genes to the max: ‘You don’t have to wait for gene therapies’

There are other researched methods people can practice to promote longevity, Sinclair says.

“In fact, 80 percent of our longevity and our health into old age is in our heads and only 20 percent is genetic.” 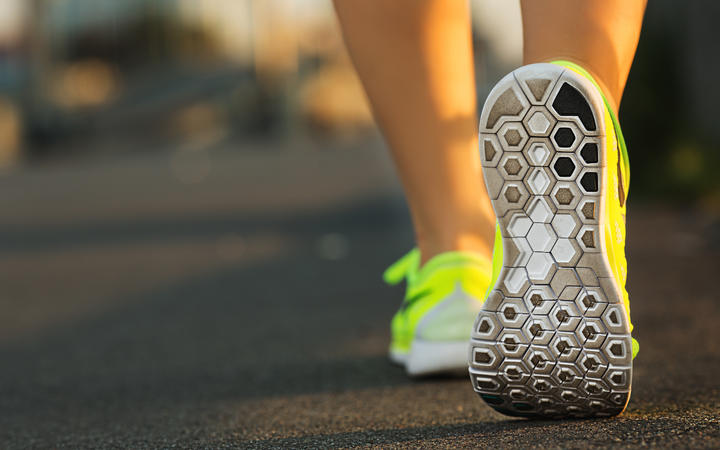 His lab has shown that the genes that control the epigenome are switched on by hunger, exercise, cold and heat.

“We think that this is evidence of what’s called hormesis - a little bit of stress on the body, biological stress.

So when we’re hungry and when we exercise, these genes come on and … they stabilise the epigenome, and they provide our bodies with defences against diseases like cancer and heart disease and dementia.”

Although there’s no consensus from scientists on what a perfect diet looks like, Sinclair says that, after 20 years of study, he's concluded it's not necessarily about what you eat, but when you eat.

“The worst thing I think you could do, based on the research, is always feel satisfied, be snacking throughout the day, and don’t stand up and don’t walk and don’t run – these are things you have to avoid if your body’s going to use the longevity genes to the maximum.”

There are other ways to trigger these longevity genes too, with drugs readily available to adhere to that, Sinclair says.

He doesn’t sell any medicines or supplements but helps pharmaceutical companies with clinical trials to make better medicines.

For example, studies have indicated that metformin – a drug typically taken to control blood sugar for type 2 diabetes – can also protect against cancer, heart disease, and frailty.

The natural supplement nicotinamide adenine dinucleotide (NAD) boosts the activity of sirtuins, an essential protein used by the cell, and when active help support healthy DNA.

“What we found as a group of scientists around the world, time and time again, is that if we let an animal get old it’ll have lower NAD levels and if we boost those levels back up again … these NAD pre-courses as they’re called, they raise the NAD level back up.

“In my lab, for example, we’ve shown that mice given a NAD precursor, called NMN, will run 50 percent further and have the athletic ability of mice that have been running, and we can take old mice and make them run like they were young again.

“We know that works by stimulating the same pathways … that are activated by exercise.”

Sinclair says this is great news because it means elderly people who can’t exercise often or go for long runs will be able to reap the benefits via this medicine.

The question isn’t a matter of ‘if’ these products are going to be a reality but 'when', Sinclair says.

With companies already working on these supplements – and some already available – it’s only a matter of time before they become much more common, he says.

If we can slow down ageing, does it mean we should?

Sinclair addresses the debate around the potential harms of people living longer, such as overpopulation and a sustainable economy, in his book. 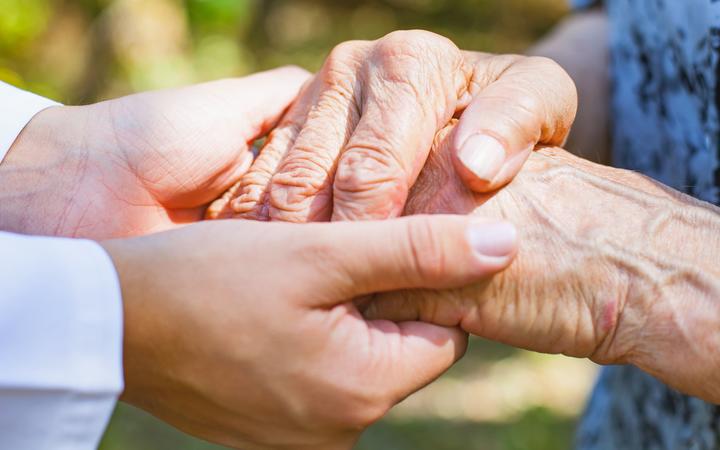 “If we were to extend people’s lives for another 20 years, if it was productive life – which is what we’re aiming for here and all the science says that’s what would happen – if people can be 80 or 90 years old, starting new careers, or helping their community or looking after their grandkids instead of being spoon-fed and even worse in nursing homes, the world becomes very different economically.

“That’s trillions, in fact, tens of trillions of dollars globally, that could be put towards education, helping combat climate change as well as other things we think are worthwhile instead of what I say is wasting money on trying to keep people alive but not very healthy at the end of life.”

It would likely be an economically worse outcome to have elderly people who are unable to be productive outnumber young people, he says, as some countries predict.

“We’re talking about a world that’s going to be increasingly suffering not due to infectious disease but due to old age and that’s why I think this is one of the most important things we can work on.”

*David Sinclair is the co-founder of several biotech companies, co-founder and co-chief editor of the journal Aging and the recipient of numerous honours and awards.