Reducing the haze around medical cannabis

A new scheme currently proposed by the Ministry of Health is set to impose regulations for the cultivation, sale and prescription of medicinal cannabis products by the middle of December.

Currently the only product approved for use, Sativex, is primarily for multiple sclerosis patients, and any use outside of that needs Ministry of Health approval and can cost the patient up to $20,000 a year.

Dr Shaun Holt is a medical doctor with a background in pharmacy and clinical trials who's co-authored a book, Medical Cannabis: A brief guide for New Zealanders.

He told Kathryn Ryan he hopes the book will help clarify the status, issues, uses, and studies into medical cannabis. 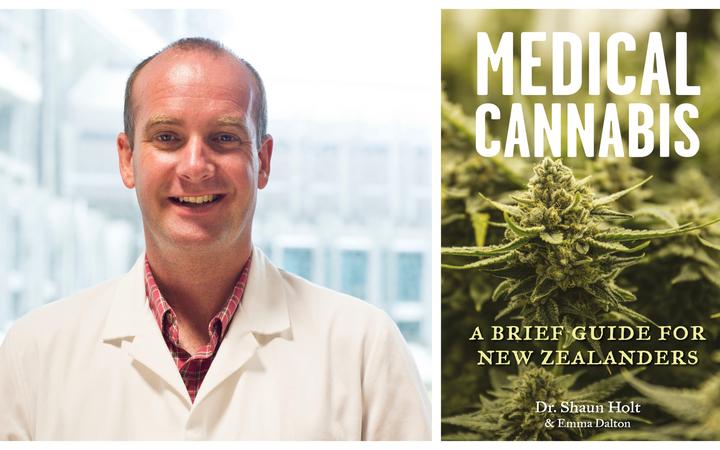 “There was a massive report published in 2017, summarising all the research with 10,000 papers but it's not very accessible. So you know, I wrote the book for people who are confused and wanting information.”

He’s also noted a disclaimer at the start of his book to prevent any misunderstandings or wrong conclusions being drawn from it. Which is also why he’s tried to take an impartial approach, he says.

“I just looked at the science and because there's not a whole heap of science in terms of formal clinical trials, one thing I did, which was slightly different for me and I'm really glad I did, is I talked to patients as well.

“One key learning really was that, all the patients I talked to, they tinker with their medical cannabis, which they're currently using illegally, of course. And you know, this is one of the many ways in which cannabis doesn't fit into the current medical paradigm.”

Last year, the United Kingdom’s laws changed to allow specialist doctors to prescribe medicinal cannabis for the first time. British medical cannabis expert Professor Mike Barnes was tasked in 2016 with creating a report on the evidence for cannabis use for UK parliamentarians.

He told RNZ it was common for a patient to try several types of cannabis before they found one that worked well.

"You've got to be prepared as a doctor to do trial and error, and personalised medicine, to find the particular strain and the family that suits that person and that condition.”

Dr Holt also agrees, that it’ll come down to a learn as you go approach.

“Normally you go to a doctor, you get a prescription, take this three times a day and away you go. Cannabis is not like that at all.

“So that doesn't fit well at all with a doctor being the gatekeeper to a medicine.”

However, he says there’s not a lot of compelling evidence on what the scientific studies have concluded about efficacy of medical cannabis on people with certain conditions.

“We have some good evidence for epilepsy for CBD … and then for more THC orientated products for pain relief, nausea, and perhaps sleep. But the issue is that a lot of the studies are just with what I would call pharmaceutical products and these are extracts or from the natural cannabis plant.

“And the problem with those is that they're very, very different to the products people use in real life.”

There’s around 500 chemicals in cannabis and around 100 cannabinoids, he says, which further complicates things for studies.

“If you're doing studies on just one or two of those, you're highly unlikely to get to the great benefits.

And another reason it’s worth going ahead with it now, Dr Holt says, is that the downside is negligible compared with the potential massive benefits for people who struggle with pain relief and symptom control of serious diseases.

“People with medical conditions on the whole are not looking to be intoxicated from the cannabis, they're looking for the opposite. Now some of them may want to, so for example, at night if they can't sleep because of the pain, a high THC and a slight high may be beneficial for them.

“And again, who are you and I to say, well, that's not a good thing if it works for them. But it's not like opiates or other drugs of abuse that are used to get intoxicated.”

He’s also developed a ‘star rating’ in his book to note on what types of pains it may be most effective for, based on our understanding of medical cannabis today, while also acknowledging that there’s not enough scientific evidence at the moment.

“Animal studies, any clinical studies there are, and the body of patient reports and putting all that into a rating to give a likeness as to whether it's going to be beneficial or not at this stage of our understanding, with the huge disclaimer that almost certainly within a few years it'll be out of date.”

He hopes that the incoming regulations will provide access to safe and affordable cannabis to those who need it most. And he has no doubts that for many people it's going to be a beneficial addition to their healthcare regime.

“It's not going to be for everyone, and I'm comfortable with the trial and error situation, if it works for you, great. If not, there's probably no risks and move on to something else.”