Fixed It: taking on mistreatment of women by the media

The media often goes to astounding lengths to remove the responsibility for violence from men, says Australian journalist Jane Gilmore.

So, for the past three years, Gilmore has made it her mission to fix headlines that label, blame and shame women.

Now her #FixedIt movement has become a book about what can be done to... fix it.

Detail from the cover of the book Fixed It! by Amanda Gilmore Photo: Penguin Random House 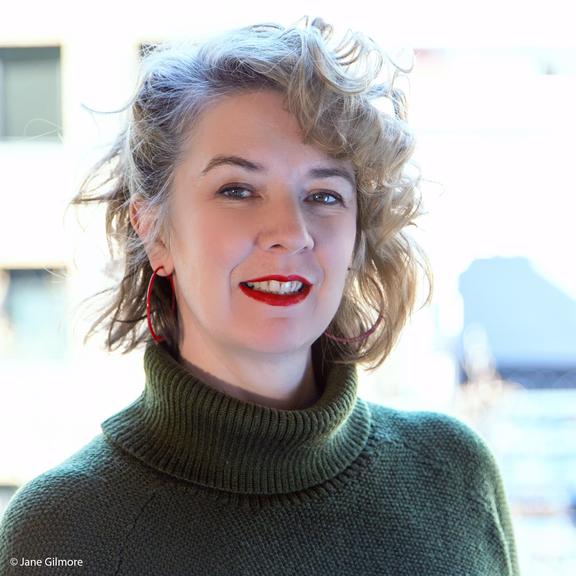 When she started spreading the word about unsuitable headline choices, Gilmore didn’t receive much attention, she tells Kathryn Ryan.

“The first one that made me really see how bad the media reporting on women was when a woman called Tracey Connelly was killed in Melbourne.

“And it was reported across the entire country, in every major publication [with] some variation of ‘St Kilda prostitute killed’. So she didn’t even have a name, she wasn’t a person, all the news reporting just saw her as a prostitute in St Kilda ... it was utterly dehumanising and it was horrific.

“So I started to write about it then and not getting a lot of cut-through because it was difficult to explain and it took a lot of words.”

About two years later, Gilmore saw a misleading headline in her social media feed – and quickly used a photo-editing app to cross out the original, rewrite it, and share with her followers.

“This headline that came up was something like ‘Townsville Police say selfie leads to stabbing murder’ and I looked at it and thought, well, that’s a problem because I’ve taken a whole lot of selfies.

“I put a red line through it and rewrote it as ‘Man’s decision to stab a woman causes stabbing murder’ and put it out to social media.

"The response was just astounding and that was the moment I realised that quite literally a picture is worth almost exactly 1,000 words.”

Gilmore has been at it ever since, correcting headlines and sharing it with her followers.

She hopes Fixed It! will help people understand the problems with these headlines – and how much power they have to change what the media is doing.

The implications of word choice

The price of trying to write these wrongs has sometimes been high, but it’s always worthwhile, Gilmore says.

“Once you’ve seen something, you can’t unsee it. It does get tricky, difficult and even painful at times, but it’s never as painful for me as it is for the people who are the subjects of those articles.”

Gilmore has had a lot of contact about the headlines she’s corrected from the people involved or their families, who thank her.

“[Families of the victim wonder] why is the journalist saying it’s her fault, why are they [writing that] she was cheating – which even if she was, but in many cases, she often wasn’t – that’s not an excuse to kill her. Why are they talking about how much she had to drink … and why are they not talking about the fact that he chose to do this to her?”

It’s distressing for the victims and their loved ones to read distorted headlines when they’re already having to make sense of a difficult situation, she says.

“I saw a headline once about a woman who was beaten to death and the headline said it was because of a packet of bacon. It’s astounding the lengths that they will go to remove responsibility for violent choices from men who are making that choice.”

Sometimes, in cases of male violence, the headline gives an impression that 'all men are the same', she says, which in turn normalises violent actions.

“The problem with [that] is that words give shape to ideas, so the way we describe things is how we think about them.

“When we normalise it like that in media – and pop culture and advertising and all the other places we do – we make it an acceptable thing, we make it a thing that’s not a choice that violent men do, it's a thing that men do. This sounds like nitpicking or a small distinction but it’s really not.”

Even if the words used are not used intentionally, they can still imply this message, Gilmore says, and it’s important people push back against it.

“The reason these [headlines] are such a problem for men who are violent is that it doesn’t just normalise it for them, it reassures them that everybody does what they do and so there’s nothing wrong with them.”

The portrayal of sexual offences against children

Even cases of sexual violence against children and minors can be portrayed by the media in harmful ways, Gilmore says.

“Particularly with sexual offences with children, it’s euphemised. It’s often called 'sex with children'. Now, this is not a thing that can actually happen. Sex requires consent. Children cannot legally or morally give consent to sex with adults, so it’s not sex, it’s rape and possibly sexual abuse of children.”

“[Using the word] 'sex' ... implies that the children involved were participating in this, had a choice in it. I’ve frequently seen it described as a 'sexual relationship', which is even more revolting.

“We need to be very, very clear about how we describe these things because words give form to ideas.”

Gilmore understands that some people may want to avoid the sometimes horrific nature of her subject, but says we need to face reality.

“Look at what the Catholic Church was doing to children for so long.

“Turning away from it, turning a blind eye to it and not wanting to talk about it or think about it because it was so horrific was one of the many things that contributed to that being allowed to go on for so long.”

Why is it happening?

Gilmore talked to headline-writers and editors about how they go about writing their headlines – some were grateful when she corrected their headlines, but others have been more apathetic or less understanding, she says.

“The response I get more often is journalists ringing me or emailing me saying 'thank you so much' because I argued with the editor over the headline and was overruled.”

There are a number of reasons why sexist headlines still run, Gilmore says, including a lack of resources at media organisations dealing with constant time pressure; the pressure to produce ‘clickbait’; routine thinking; and a strong male presence in newsrooms.

“Even men who [understand] sexism will often, under pressure, forget about it because it’s just not present in their daily lives.

“I think the strongest [contributing factor] is the overwhelmingly white, powerful male perspective at senior levels in most media organisations.”