Corey White: 'A little bit of rock-bottom is good for a person'

Melbourne comedian and writer Corey White has been through a lot, but it took writing a memoir, The Prettiest Horse in the Glue Factory, for him to realise just how much.

He talks to Kathryn Ryan about trauma, addiction, comedy and connection. 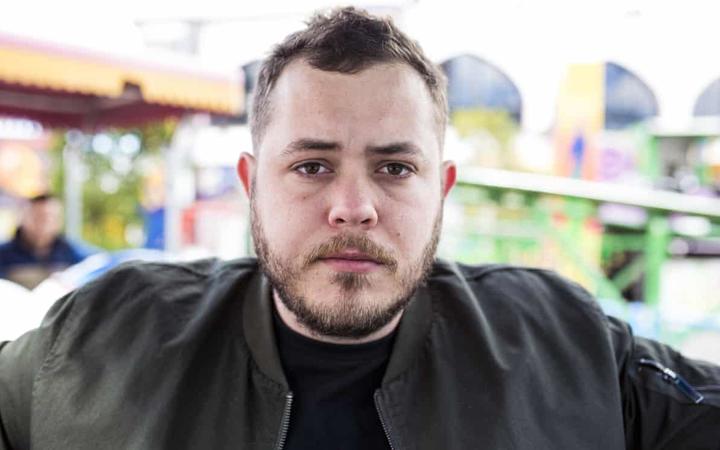 Corey's parents were drug addicts, his father was extremely violent towards his mother and sisters, and ended up in jail, and his mother died of a heroin overdose when Corey was 10.

He was then placed in foster care and abused for years before falling into depression and alcoholism in his early 20s.

Corey was living, and drinking heavily, in Brisbane when a friend suggested he give stand-up comedy a try 'cause you got free beer.

"I was going to be in the bar anyway so I may as well talk nonsense to people.

"I felt like a short man who discovers you can be a jockey. This was a good fit for my problems."

Like all comics, Corey says he was pretty bad at the beginning but worked hard on writing his first comedy show – at a time he was so broke that he'd steal individual cashews from his housemates.

The show was inspired by Plato's idea that 'nobody does what is evil to them', Corey says, and he wanted it to be about human ignorance and forgiveness.

"I said to myself ... if I die and get to the gates of heaven and have to audition for heaven with a stand-up show to impress God, what would I want to say in it?

He debuted The Cane Toad Effect in 2015 to awards and acclaim, then he followed that up with the ABC TV show Corey White's Roadmap to Paradise.

But it wasn't until writing The Prettiest Horse in the Glue Factory that Corey realised how much his childhood had set him back, and how profoundly alienated and isolated he'd been as a kid.

Writing the memoir was a very emotional process and triggered a breakdown, he says.

"[When you're writing] you have to feel experiences and you have to really allow things to move through you in order to capture them with words. It was maybe the first time I'd begun to sit with these things… and suddenly I began to feel these things.

"I had repressed or minimised or denied how lonely that child was or how terrified he was – and it took that memoir for me to see that."

Eventually, Corey got a PTSD diagnosis, and with the support of friends and family, came through.

"I did eat a lot of chicken wings… I probably drank a little too much. I watched too many episodes of Seinfeld to zone out.

Australia's comedy community were also supportive, but Corey is wary of mythologising that particular group.

"I don't think there's anything super special about [the comedy community] that you couldn't find in amongst a bunch of Auckland florists or at undertakers in Christchurch. Human beings have a great ability to support and love another and that is present in the comedy community as it is everywhere else." 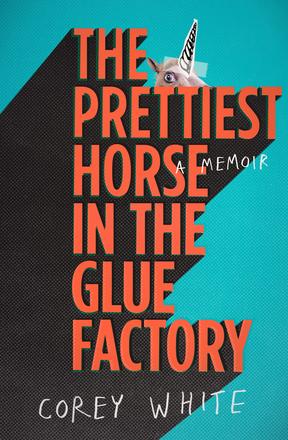 While writing his memoir, Corey had to reckon with a father who'd treated him like a golden child yet been extremely violent towards his mother and sisters.

"It was a household absolutely run by him, dominated by him, and I had no idea what was going on was profoundly wrong."

When his father went to jail, Corey was distressed that the family house would be unsafe without him.

"Ironically, I was actually more concerned about how unsafe our house would be without our dad there. I saw him as a physical protector because I was so blind to the violence he inflicted on my sisters and my mother."

When his mother died of an overdose and he became a foster kid, things only got worse.

The most damaging of Corey's dysfunctional foster carers is a woman given the name of "Tracey" in his book.

Although he says that she harmed his ability to connect with others by turning his aggression into depression, Corey is still compelled to find a silver lining in her influence.

"This may be part of the pathology she left me with of trying to defend those who abuse you. Prior to living with her for four years, I was a very angry and violent kid, at six or seven I was throwing chairs and choking kids and all this sort of stuff.

"I suppose if there's any benefit to what occurred - which was very extreme in her care - it's that anger was turned inwards. I know that if it were not turned inwards it would have remained escalating. If it was anything like my self-hatred [which] escalated over the years and led to suicide attempt after attempt … if that [had been] an external thing, my God, I would have ended up in jail a long time ago."

As a 16-year-old, "sheer nail-biting desperation" for a different life led Corey to study hard enough to win a scholarship to a prestigious Catholic boarding school.

"I knew that if I didn't get good marks nothing would ever happen in my life, nobody cared about me – which was the truth … so for me this was everything. I had to get good marks [at the school]… then I'd go to university and become a computer scientist and wear turtlenecks and meet a beautiful partner and read poetry. I had this whole life planned out that was very un-foster-kiddy."

But after high school, depression and addiction took hold – until he discovered comedy in that Brisbane bar and, eventually, writing.

Corey believes the Australian government should support drug-addicted people to not have children until they can handle it.

"Drugs are a really corrosive thing for raising healthy families.

"Why is society permitting people to have children who perhaps aren't ready to?

"People who are drug-affected, as my mother was, I think we should really incentivise them to delay having kids. I think it's wrong for a drug addict to start a family.

"[I propose] people who are drug-affected delay having kids, we pay them to take long-term contraception, in the meantime we give them therapy."