Political adverts have seeped into Kiwi culture and become part of daily life for generations.

From the ‘Dancing Cossacks’ National Party ad in 1975, to the Iwi-Kiwi billboard ads, and to the rowing ad that drew the National Party into a legal dispute with rap star Eminem, Massey University Professor of Communication Design Claire Robinson delves into the history of these ads and their effectiveness.

She’s published a book, Promises, Promises: 80 Years of Wooing Kiwi Voters, which starts with the political party ads of 1938 and comes through to the "Let’s Do It" ads that surged into the public consciousness late in the 2017 Election.

A picture really can be worth a thousand words for political parties ahead of an election. Imagery is one of the most effective forms of getting messages across to the voters – on priorities, the issues, and the values, prof Robinson says. 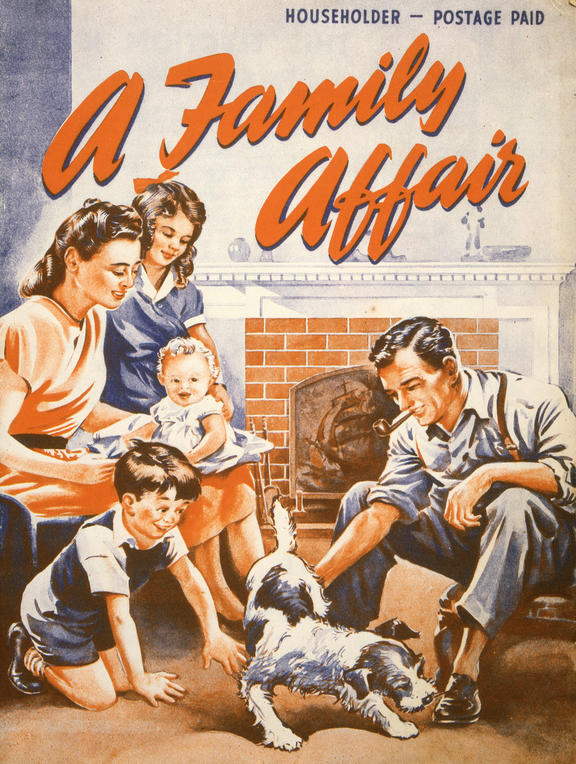 And the themes tend to repeat election after election, but there’s some strategy behind doing so, prof Robinson says. It helped to set the two main rivals, National and Labour, apart and meant they were constantly reprimanding the opposing party on policies they disagreed on, she says.

After constant repetition, voters may begin to believe that those issues are the biggest concern, even if they’re not, she says.

“I think one of the things I’ve found was that a lot of these messages and solutions, were solutions to the post-depression World War II period and yet for a variety of reasons we still think they’re really important today.”

However, political advertisements aren’t so effective that they’ll completely change the mind of a voter, she says.

“That’s a much more complex process. But they do contain the agenda, the most important issues, and the ways that political parties want to spin issues – they contain information about that.

“They’re [also] really important social signals to people about your role as a voter and which voters are important to the country, and you’ll see a lot of those ads are focused on the ‘nuclear family’, the father-led nuclear family, who is kind of a stable voter base for a long, long time, in fact all the way up to today.”

While the advertisements work to differentiate the parties’ policies, they also show similarities with the recurring themes often overlapping, prof Robinson says.

“I mean they [National and Labour] both still adhere to the idea of progress, prosperity, that productivity is the answer to everything. And both of them just kind of have different nuanced approaches to it.”

Some of the biggest differences between political advertisements before the 2000s and now, is in the platforms used and the form of messages, prof Robinson says.

For example, in her book she shows a double page spread from 1938 explaining Labour’s election policies, using charts and graphs and analysis. It wasn’t uncommon back then but when the ‘90s came around, political parties’ tone in delivery of policies changed, she says.

“It was really the ‘90s, as the Labour and National governments came in and didn’t want to promise a whole lot of things anymore, because they were too expensive.

“And this was the problem, constantly outbidding each other with promises, up to that 1980 period, meant that we couldn’t actually afford as a country to deliver on all those promises.

“Come the '80s and '90s, the government gets out of state provision for a whole lot of services, and they start to withdraw from promising detailed things.”

“I don’t think anybody would be on social media without seeing those micro-targeted ads. They’re not going to have any more magical effect than any the previous types of ads, it’s just they’re in your face a lot more now.

“One of the difficulties is that the more you see something, the more you turn off. They’re all starting now with this social media bombardment with these microtargeted ads …

“But each election … there’s a new technology that comes along, that is ‘the thing’, you know, it was Twitter a while back. Before that it was the website, we got all excited about websites as being potentially dangerous – so this is just the latest in a long run.”