Waking up to Dr Matt Morgan at your bedside means something has gone seriously wrong.  Perhaps a with vital organ, or you've been caught up in a serious accident, or you've undergone a major operation. 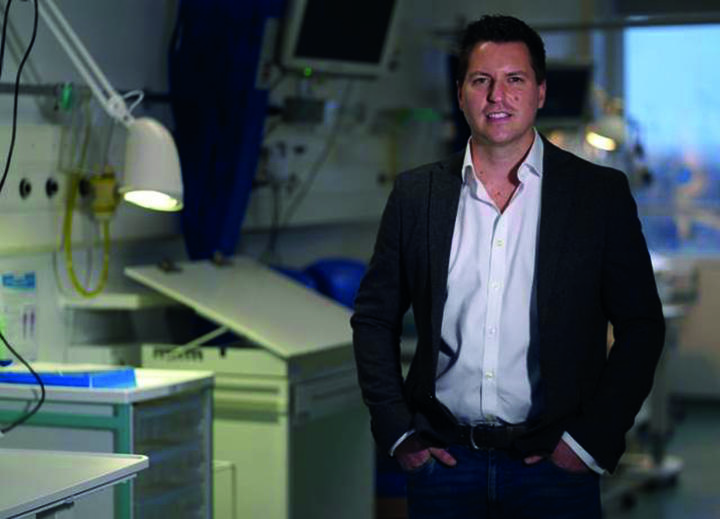 Morgan says nothing could have prepared him for his first night in ICU when a patient with liver disease turned critical.

“It was a fairly busy, long night with a lot of coffee, a lot of help from other people in the hospital but I think night shifts are always challenging actually - my first night was challenging.

“The training path is long and complex and well designed and I think the things we often worry about for those first nights are the complex medical decisions or the fancy machines that go beep, but actually the things that people are less prepared for are the human factors and dealing with patients and dealing with family, dealing with colleagues.”

Most of the time the medicine in intensive care is simple, he says.

One in five people in the UK are likely to find themselves in the ICU at some stage in their lives and it’s getting higher, Morgan says.

“We know that we’ve got a population which are surviving longer because of modern medicine which is fantastic and that also brings complexity with it and at the same time, as well as people living longer, people often want more from life and having difficult conversations about when enough is enough is increasingly less common and and increasingly difficult.”

These conversations, about frailty and end of life care, are often had in the ICU.

“But unfortunately they’re often unconscious or critically ill and so they can’t speak for themselves and so the family is so important, they’re a key part of that but their best and most important role is really to speak on behalf of that patient, telling us what they would’ve wanted…”

He asks them to think about what their family member who is sick would say if they could speak. It allows them to say some very difficult things, he says.

Of the 30 million people who get admitted to ICU worldwide each year, 24 million survive.

Morgan says the things that often help someone survive are antibiotics, surgery and time.

“Survival rates are difficult to talk about in general because they differ so much for different patient groups, different diseases and different people, really.”

While medical professionals have got much better at saving lives, Morgan says what the ICU needs to now focus is research.

“We need to focus on not only survival but survivalship, in other words improving and trying to maintain quality of life when people survive and get home.”

Morgan says being critical of how things are is the first step in trying to improve and move forward. He says general hospital wards really haven’t been redesigned since the 19th century.

“The way they’re constructed with dirty linen and patients and families all using the same entry and exit door, it’s crazy, you wouldn’t design that place to get better if you could sit down and start again.”

The wafer-thin curtains drawn around the hospital bed offer no privacy at all, he says.

“It’s a huge issue and I’ve sadly stepped on the other side of medicine recently, my brother in law, who’s a young chap in his early 40s, fit and well, became critically ill and in fact yesterday he went home for the first time in 14 months after being on intensive care.

“I’ll always remember, I went to see him at a local intensive care unit and I thought the things I’d care about would be all those complicated medical things, the machines and the drugs, but actually, the things I cared about when I got there were the fact that the nurse at the bedside know Neil’s name and introduced herself, the fact that we could see handwashing happening, the fact that we could see good communication happening ... and things like privacy and good communication were key.”

The human aspects of medicine are so important, Morgan says.

The care people receive once they’ve left ICU is also critical. We need to invest in follow-up clinics, he says.

“In fact, the hardest thing I’ve probably done in my medical career was knocking on the door of a family of a young chap called Christopher who sadly died a few days after his 18th birthday party and he was probably the reason I did intensive care actually, he died of severe infection… and I went to speak to his family a decade after he died.

“Doing that is unusual, we often don’t get out of the hospital to see people but it was also so helpful for his family I hope, but absolutely for me, seeing that other side of the fence that we don’t often see when people simply get better or go to the ward and die.”

Dr Matt Morgan's new book Critical tells of his work as an ICU clinician: taking patients back from the brink of death to good health, the hospital support staff working along side him in the "village" he describes as the Intensive Care Unit, and the often difficult conversations families have there.