Australia correspondent Karen Middleton reports on the growing public and political demands for the government to let a Tamil family, including two Australian-born children, stay in Australia.

Even members of Scott Morrison's own party have joined the chorus of outrage.

She'll also talk about new child sex laws, how the donations scandal is getting worse for the Labor Party in New South Wales and the foal born yesterday to race horse royalty. 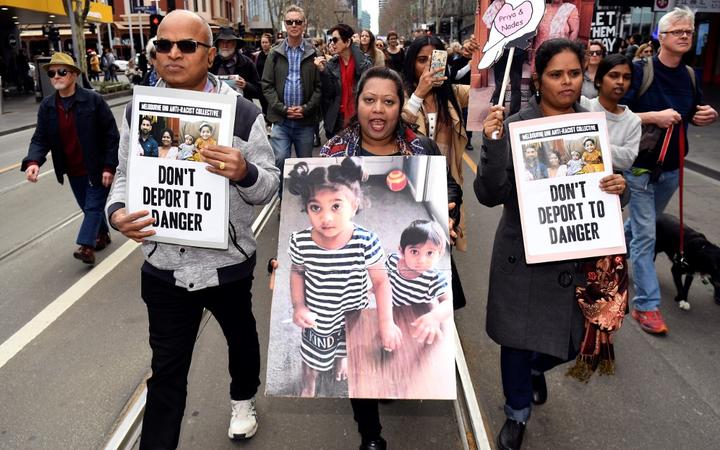 Protesters holds up placards in Melbourne on September 1 during a rally in support of a Tamil refugee family of four -- including two Australian-born toddlers -- who have been moved to the remote Australian detention centre on Christmas Island. Photo: AFP