Age-related macular degeneration (AMD) is the leading cause of legal blindness in New Zealand, but a new therapy being researched in Australia may offer sufferers some hope.

Dry AMD leads to gradual loss of central vision and currently has no cure. It will affect one in seven people over the age of 60 in New Zealand and has few warning signs.

Researchers at Australian National University (ANU) and have taken microRNA and injected it straight into the eye of animals, leading to a decrease in the genes responsible for inflammation and cell death as well as a slowness in the progression of damage to the retina. 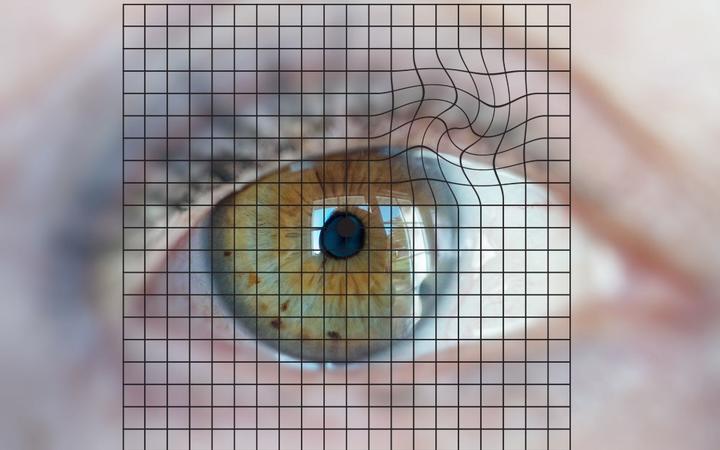 ANU researcher Joshua Chu-Tan told Nine to Noon it has been estimated that by next year 196 million people worldwide will have some form of AMD.

“It’s an age-related disease and can be caused by a whole number of factors, some that we know well of, like inflammation, optic stress, smoking, obesity, too much sunlight exposure, but then there’s some things that we just have no idea of what’s causing it so it affects what’s known as the macular region of the retina.

“Now this region is very small, it’s about 5 millimetres in diameter and yet it’s responsible for pretty much all of our useful vision – from our central vision, to our high visual detail to colour perception – all of this is mediated by this tiny region of our retina.”

While it’s not complete blindness, it does interfere with people’s everyday lives with some patients no longer able to read or drive for example, he says.

“It’s progressive disease. So pretty much everything you end up focusing on, you won’t be able to focus on, there’ll be a grey spot or black spot just exactly where you want to focus.”

Some doctors have previously recommended antioxidant supplements to reduce chances of developing AMD but the research on that is still inconclusive, he says. Some tips would be take general care of your eyes – wear sunglasses and try to reduce blue screen time.

“Especially in the Southern Hemisphere, in Australia and New Zealand where we have that hole in the ozone layer, we have quite a lot of UV exposure … But again, once you have signs of early AMD, there’s just not much that can be done at this point in time.”

Those who are concerned if they have signs of AMD can also refer to their optometrist or ophthalmologists for a retinal scan, which can pick up on things like lipid fat deposits.

“The issue is we actually have no idea why these … deposits even develop, or what they’re doing there. We just know that that is a sign of AMD that’s to come,” Chu-Tan says.

So far he says their research has shown some promising data from the animals.

“That’s when we thought maybe if we supplement this, what seemingly could be a missing link, then it could help retinal function and it could help the slowing of the disease and we’re seeing that in our animals.

“We just need to get more data in our animal models before hopefully moving on to clinical trials.”

But it’s going to be a while before they’re able to put a therapy forward for patients, he says. Clinical trials can take 10 to 15 years on average and the science and data-gathering before that can take another give to 10 years.

“We need to make sure that anything that comes out to market for human consumption is viable and is safe more importantly. So it is a long process, but hopefully one day if everything works out it can help people with visual issues and hopefully save at least a few years of vision for them.”

Even if the research doesn’t come up with a therapy or solution for AMD, he says he hopes it can further expand knowledge in the field.

“Even if it’s not our particular group that ends up finding a therapy, if we can push the knowledge towards a certain area or away from a certain area, it will help the wider vision science ophthalmology community to be able to one day find this missing link and find this therapy that can help millions regain their vision.”

The field has shown advancements in treating eye diseases using gene therapy. In February this year, it was reported a UK woman became the first person in the world to have gene therapy surgery to try to prevent more cells from dying – the underlying genetic cause of AMD.

“In fact the first ever gene therapy approved by the FDA was for an eye disease, leber congenital amaurosis, so we think that gene therapies are the way forward … so there’s a lot of promise going forward but I urge everyone to be patient when it comes this, because it does take time.”