Katie Wright beat off all participants in a backyard ultra marathon through Auckland's Riverhead Forest in May. The elimination event tests the stamina and endurance of the fittest runners.

Wright is now eyeing up the world champs of last person standing ultra marathons and is off to Tennessee in October.

The Nelson-based doctor is first woman in the world to be the “last one standing” in a backyard ultra, running almost non-stop for 30 hours. She says the longest distance she’s run for was at a 100 mile event – which she’s done two of this year.

She told Kathryn Ryan there’s a certain psychology and mentality to becoming the last one standing but was surprised it took this long for a woman to win. 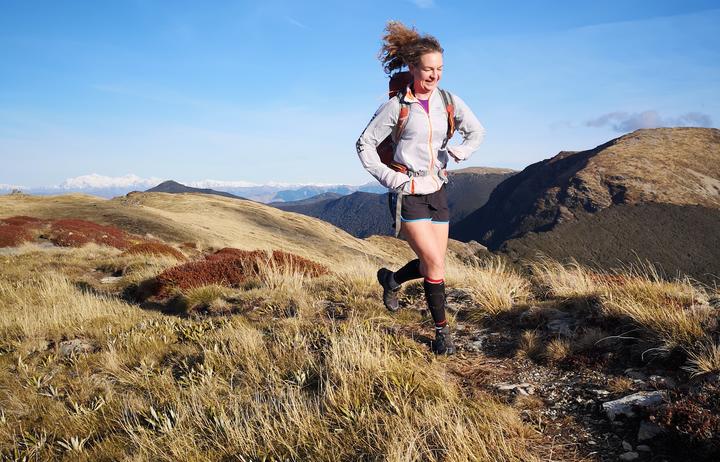 “I think psychologically that aspect of not going out too quickly, of pacing yourself, women do tend to be a lot better at, stereotypically and I think we’re seeing that with a lot of other endurance events.

“I think really the reason we’ve not seen a lot of women winning is actually more because there aren’t as many women competing.”

Of the Riverhead ultra marathon, she says she went in not knowing how long she could actually go on for but with a goal of winning it.

“I have no idea really why I thought I could but it was something I had at the back of my head that this is an event that I could win.

“So I suppose I worked back from that and said the world record was run last year in Tennessee and that was 68 hours, in my head I suppose I was saying worst case scenario I’m going to be running for 68 hours and that’s about 35 hours further than I’d ever run before. So it’s a kind of pie in the sky thinking, of maybe well why not? Let’s just go for it.”

Competitors got a three-minute warning before the start of each lap and have to complete a loop – 6.7km long – within an hour.

But it’s not a competition about speed, she says, and most of the loop can even be finished walking.

“The concept I suppose is that if you go a little bit quicker you then get more of a break, so if you finish your loop in 40 minutes, you get 20 minutes to sit down, have some food and a drink.”

She says her theory was to be steady and slow, and not stopping for too long so as not to cool down completely.

The more she ran, the more she put her mindset to thinking she just had a little further to go, she says.

“In my head, this [a lap] is only a little bit further than a park run and I can do a park run in 25 minutes or less than that if I’m going speedy … and that’s a goal I use in marathons as well, it’s just one more lap.

“That’s the other part I find super interesting about this event – it’s all about the psychology.”

And tackling the race is not just about getting through a lap, there’s also a lack of sleep and energy. But she says it’s nothing new to her, with her work often leaving her sleep deprived.

“I often will do a night shift and then if it comes to the end of my shifts, I’ll go for a long run and use that as a way kind of training my body to carry on running, despite the fact that I’m sleep deprived and tired.

“Probably about hour 10 or 11 [in the marathon], I was having around 8 minutes rest each hour … so I was getting three to four minutes of, I wouldn’t necessarily call it sleep, but of some shut eye and shutting the brain down and trying to rest.”

The mind games of the marathon became clear around lap 25 for the competitors, she says. With about five remaining participants then, one of marathoners who had mostly been last in laps managed to finish quicker than usual, Wright says.

“I think he managed about 42-43 minutes, and I think psychologically it changed everyone’s perspective and everyone dealt with that slightly differently.

“After that lap, we saw three out of the five us completely blowing up and not finishing lap 26 or 27 I think, and it was just me and that guy that had gone off very quickly. I think it was that change in someone suddenly doing something very different that meant everyone else reacted to it.”

At lap 29, she says she saw he began to wear out but kept pushing herself and didn’t put her guard down.

“And because I was in front of him, I had no idea whether he’d stopped, or whether he was on my shoulder, how far away he was, so I spent the whole of that lap having to psychologically tell myself you’ve not won it yet, you don’t know where he is, he might be two minutes behind you, he might finish the lap and that was the key thing of the psychology. I actually find it more difficult psychologically as people started to drop out.”

She ended up being triumphant but not before completing an extra lap.

“Part of that I think was because of that psychology, I’d spent an hour telling myself, you’re going to have to run at least one more lap, you may have to run two or three more, and when I finished it I didn’t have to do that, I just didn’t know how to handle it.”