A new scheme is set to impose regulations for the cultivation, sale and prescription of medicinal cannabis products by middle of December.

But in the New Zealand Medical Journal, a group of researchers argue the current legal and professional obligations of doctors may limit prescribing practices, despite the law change. 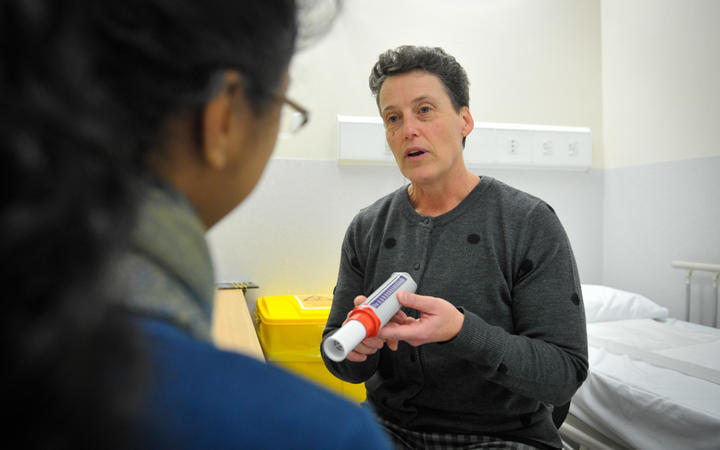 Co-author of the paper Irene Braithwaite, who is also deputy director of the Medical Research Institute of New Zealand, says doctors may feel under pressure to prescribe medicinal cannabis that could expose them to legal risk.

Under the proposed regulations, there will be three groups of cannabis-based products - only one of which seems like it will be approved by MedSafe - that doctors can prescribe to patients, Dr Braithwaite says.

“The first group of products are our traditional MedSafe approved medicines. And they've been through the medicinal approval process run by MedSafe.

“The third group of cannabis-based products will have no trial evidence at all, no basic safety or efficacy data, no quality data, and no evidence of effectiveness and clinical conditions.”

And it’s still not known in what form these products will be, Dr Braithwaite told Kathryn Ryan.

However, she believes doctors are being set up to fail because under the good prescribing practice, set out by the Medical Council of New Zealand, they are obliged to have a discussion with patients about the range of medicines available that might treat their condition.

But under the practice they also have to understand the quality and safety, and to some degree the effectiveness, of the product being prescribed.

But Dr Braithwaite says those cases are very specific and in exceptional circumstances.

“For example, in my prescribing history over the last 10 to 12 years I've prescribed … only two instances have I prescribed or can I recall prescribing anything under Section 25 of the Medicines Act, which is prescribing something that is not an approved medicine.

“And what we think's happening here [under the medicinal cannabis proposed regulations] is that we're now introducing classes of products that are medicinal rather than pharmacological medicines that doctors are being asked to prescribe as medicines.”

She says the difference of which is knowing and understanding the safety, evidence, and research behind the product, and even how it may affect people who may be pregnant, breastfeeding, or those with conditions like kidney or liver failure.

“I also have some evidence and some understanding of how effective that medicine might be in the person with a medical condition of interest.”

Last year, the United Kingdom’s laws changed to allow specialist doctors to prescribe medicinal cannabis for the first time. Medical cannabis expert Professor Mike Barnes was tasked in 2016 with creating a report on the evidence for cannabis use for UK parliamentarians.

He told RNZ it was common for a patient to try several types of cannabis before they found one that worked well.

"You've got to be prepared as a doctor to do trial and error, and personalised medicine, to find the particular strain and the family that suits that person and that condition.”

After frustrations on lack of supply and the struggle to attain products in the UK, a National Health Service review was conducted. It said the "major hurdle" was doctors being unsure of the benefits and long-term safety of the drugs - because of a lack of randomised clinical trials.

Asked whether there’s room for a “learn as you go” approach as Prof Barnes noted, Dr Braithwaite says there’s a point in which the absence of clear evidence makes use of these products experimental.

“I think, if we were to meet our professional and legal obligations, we would be consenting that patient and saying this is experimental, we don't know what the outcomes are going to be.

“The difference between the medicinal cannabis products as they stand and the ones that we have all the documentation for, is when I prescribe it, I know what to expect. I know what to look for. I know what the potential harms are, and yes, there'll be a certain amount of learning in terms of understanding.”

But there’s concern that patients may demand cannabis-based products instead of considering other proven treatments, she says.

“We are certainly very concerned about increased patient expectations and not being able to deliver.”

Under the proposed scheme, the products will require “specialist” sign-off and it’s yet to be clarified whether GPs will face that decision.

“It's murky as to what is intended about specialist sign off for these products between now and December,” Dr Braithwaite says.

She says the scheme’s date of implementation is “hasty”.

“I think there needs to be a really clear alignment in understanding from our professional bodies about how we're going to prescribe cannabis. So not just a generic statement as prescribers, but for these particular classes of products that are not medicines, in the traditional sense of the word, how do we meet our medical legal obligations as prescribers of these products?

“Because the reality is, at the moment under the medicinal cannabis scheme, only doctors can prescribe them. And obviously, our preference would be to see products coming into the marketplace that do meet some basic quality safety standards and are able to give us some information.”