The idea of using psychedelic drugs to help kick alcohol and drug addiction and treat depression is gaining momentum.

LSD and psilocybin, better known as magic mushrooms, are still listed as Class A drugs under the misuse of drugs act.

Suresh Muthukumaraswamy, associate professor at the University of Auckland's School of Pharmacy, wants to research the potential of hallucinogenic drugs and ketamine. 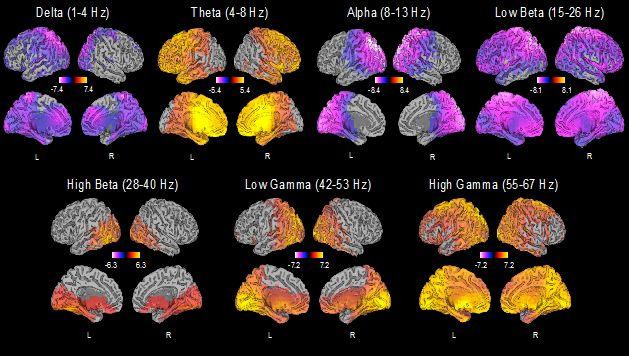 In the 1960s before tighter regulations and the ‘war on drugs’ substances like LSD and psilocybin were heavily studied in the medical profession – they weren’t considered to be recreational.

“All the data was looking really promising that these could potentially have efficacious effects in mental health and addictions. Then with the war on drugs that happened [in the early 1970s], all the research stopped because of the fear of the recreational use of these drugs,” Muthukumaraswamy told Kathryn Ryan.

“Some group recently did an analysis of some of the old data and they found that there were about six clinical trials in alcoholism using LSD that meant what we would consider to be a currently best practice standards.

“What they found after analysing these data was that LSD did seem to have efficacy in alcoholism, and it was better than any of our current treatments that we have.”

However, Muthukumaraswamy warns people with depression or addictions against doing any experimenting or self-medication with the drugs.

He says at this point there’s not enough research to have a concrete understanding of the drugs and their implications and therefore “speculations go beyond our knowledge”.

“It [LSD] seems to open up the thought processes and change behaviour on a long-term scale and scales that extend beyond the time period that the drugs are in the body for, so weeks or months.”

Around the world there’s already small scale human clinical trials on LSD and psilocybin, and other underground ones also underway, Muthukumaraswamy says.

“There's a particularly large one happening in depression with psilocybin that's commercially sponsored at the moment. We're all really waiting results from those, but all the small trials are looking pretty promising.”

He says one of the main differences between these types of treatments and what people go through now is that these will be single dose interventions.

“So if you take like a standard type, say an antidepressant, someone gets put onto a course of antidepressants, and they'll be on it for a very long time. And you know, with this daily medicine, daily side effects as well.

“One of the really interesting and promising parts of this is that potentially, you're looking at kind of a single dose, that potentially means that you don't have these long-projected medicine courses.”

However, there’s not been any clinical trials looking the micro-dosing, Muthukumaraswamy says, and that's what his team is trying to test.

“We've got an application sitting in the ministry at the moment, to see whether they will allow us to [do a trial]…we don't see that there's any reason why it shouldn't happen.”

But there's still many challenges ahead before they’re able to get the green light, for example, regulatory approvals, sourcing the substance to a pharmaceutical grade and funding.

As part of the team’s research, they carried out a clinical trial to investigate the effects of a single intravenous dose of ketamine in people with a major depressive disorder.

“What we found is patients who had depression, after giving them ketamine, and as they start experiencing antidepressant response, that brain plasticity, as we were measuring it, tended to increase.”

Brain plasticity is the ability for brain cells to talk to each other and change and grow.

Muthukumaraswamy says there’s evidence that in some disorders, such as depression, the brain gets into an unhealthy pattern of activity and needs a way to break out of that.

“So something like ketamine, or perhaps one of these psychedelic drugs, or other stimulus type events, might be what you need in order to get yourself out of a bad cycle into a good cycle.”

While there were promising results in previous trials and data, such as ones done prior to the war on drugs, Muthukumaraswamy says only by doing more research will we get to know how these substances work and their benefits and side effects.

“You've got to remember, that these are pretty small studies, and what we like is to have really compelling evidence.”