Crime fiction writer James Ellroy is one of the best literary crime writers in the world.

His most famous works paint vivid portraits of the seedier side of Los Angeles: its police, the underworld and postwar 1950s America, and intricate tangled relationships involving flawed and tortured souls.

His Underworld USA trilogy is set in the turbulent 1960s and includes American Tabloid and The Cold Six Thousand.

Ellroy has begun a second L.A. quartet, taking characters from earlier works and placing them in Los Angeles during World War II as significantly younger people.

Perfidia is a 32-day, pacy, unfolding narrative beginning with the bombing of Pearl Harbor. It's been followed up with Ellroy’s latest novel This Storm.

Ellroy told Kathryn Ryan This Storm is; “the greatest police novel ever written by an American”.

Ellroy says his historical novels spring from the fact that his “heart has always belonged to the past".

“Even when I was a little kid I was fixated on the past. World War II, the post-war era, government investigating committees, anti-crime commissions, the totality of crime itself.

“I've never used a computer for anything, I don't have a cell phone, I'm computer illiterate, I write these massive books of mine by hand. I'm always looking backward.”

He returns to themes in his writing that have always fascinated him, he says.

“I love a good murder case. I love a good trial. I love bad men in love with strong women. I love the holy and unholy conjunction of men and women.

“I love the big romantic canvas and so I go back and plot and plan and I juxtapose history against tumultuous love stories and fictional police investigations and every three and a half or four years I write a very big book.”

Drama, Ellroy says, to him it always boils down to man meets woman.

“You throw them up against history and they have to change because history mandates that they do and damned if you don't have yourself a hell of a story.”

Living in, and writing about, the past is “emotionally rewarding,” Ellroy says.

“Way back in 1956, when I was seven or eight years old, my parents had a big closet filled with Life magazines and I was always in there with my little boy snout looking at the pictures, stuck to the pages, reading the stories of World War II, the Korean War, the anti-crime commissions that went after the mob, the government investigating committees that went after the communists. I was always on this stuff like a dog chasing a cat.

When he was ten, Ellroy’s mother was murdered, it remains an unsolved crime and it galvanized an already burgeoning fascination with crime solving and police work, he says. 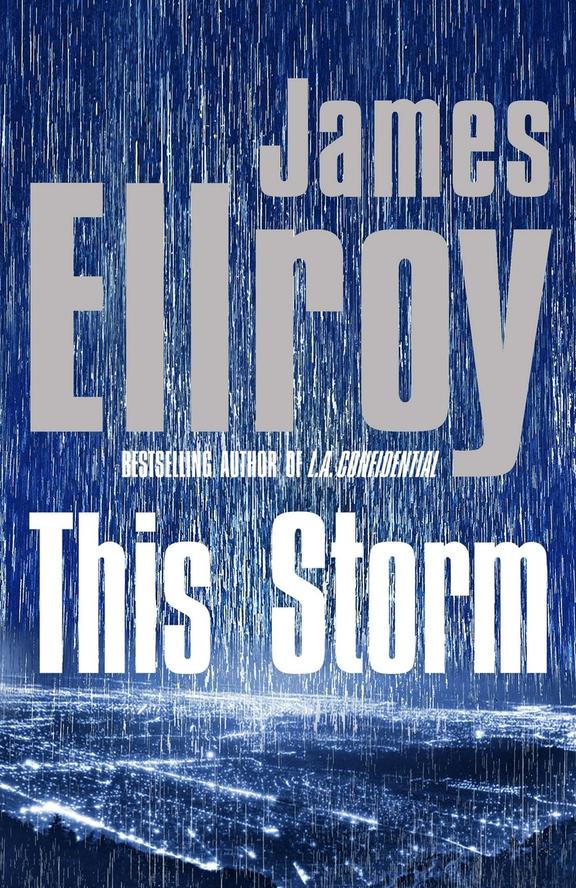 “That's what mandated my curiosity, my curiosity took a hard edge upon the occasion of my mother's death. I already had the early reading skills, the early desire to escape into history and an early love of history.

“But my mother's death didn't turn me into the writer that I am. What did was the 16 trillion historical books and crime books that I've read in my lifetime.”

Taking some of his existing characters and placing them in a different time required detailed plotting, Ellroy says.

“The first thing I did when I conceived the second L.A. Quartet was to go back and read the four novels in the original L.A. quartet and the three novels in the original Underworld USA trilogy and compile fact sheets and chronologies so that I wouldn't write myself into factual error - the dates have to jive. You can't have a person who is in their thirties in the 1960s be a police officer in L.A. of the 1940s, they would have been too young.

“So, my overall design was to create eleven novels which in their totality were to cover L.A (my hometown) America (my country), between December 1941 up through to May 1972. So just about 31 years of American and L.A. history in one cohesive whole.”

Perhaps surprisingly, given the historical detail in his novels, Ellroy isn’t obsessed with research.

“Absolute factual accuracy means nothing to me. I don't like doing research, I hire people who do the research for me. I'm not looking for any buried CIA documents, plain old newspaper and magazine research is dandy for me.

Ellroy continues to be fascinated with American street language, he says.

“I love the American idiom, I love slang, I love racial invective, I love Yiddish, I love alliteration, I love black, hep cat jazz patois. I love police talk. I love penal code abbreviations - even if I don't know the offences that the penal code numbers designate. I love all that American talk and my skill in deploying it comes directly from this love.”

“I write by hand and I write slowly. I do everything deliberately, I'm a slow reader and I do indeed move my lips when I read and say the words to myself.

“So every single word counts to me, every sentence has to be perfect until I go on to the next sentence. Every paragraph has to be fully formed before I go on to the next paragraph. And then, when an assistant that I have types the book for me, I go back and I rewrite it in hundred page blocks. So I am painstaking in the extreme.”

Although he writes about the dark side of life, Ellroy is happy to be described as a moral writer, he says.

That sense of right and wrong, which informs his fiction, was set in train when he was a boy of ten, he says.

“The Los Angeles Police Department the Los Angeles County Sheriff's Department, they have owned me since that fateful moment on June 22 1958 when I was 10 and a homicide detective a man named Ward Hallenan knelt down to my little kid level and said ‘Son your mother's been killed’. So in that sense the moral die was cast then.”