Tom Enright: the sky's the limit

They were years which he says have given him "a wonderful life, with a lot of experiences in demanding circumstances.”

Enright’s book tells of dramatic moments in the air and his own close-run things including rescue missions and performing mid-air acrobatics. 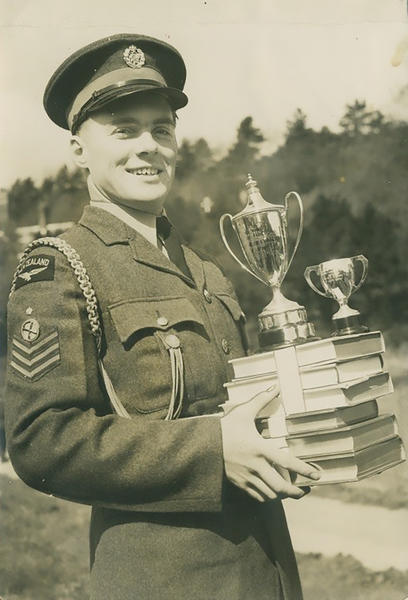 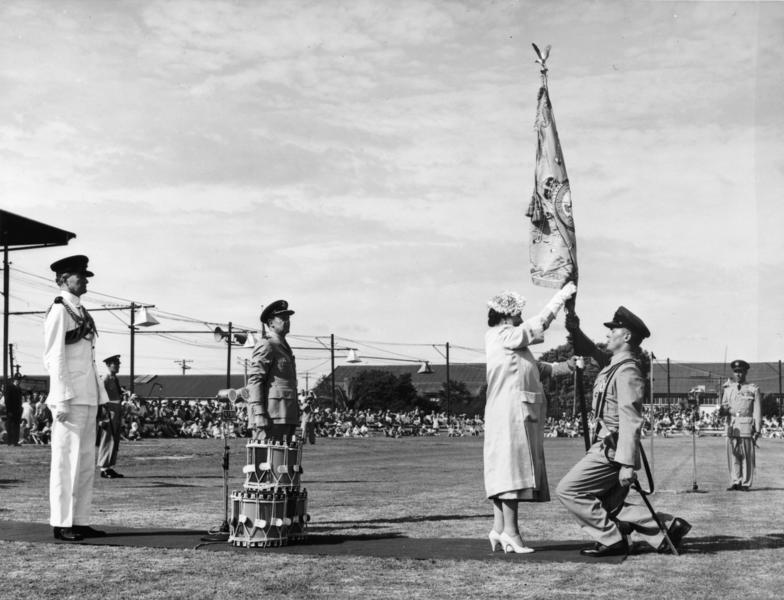 Presentation of 75 Squadron Colour by Queen Mother to Tom Enright, who was selected to receive the Colours, at Palmerston North. Copyright RNZAF Official 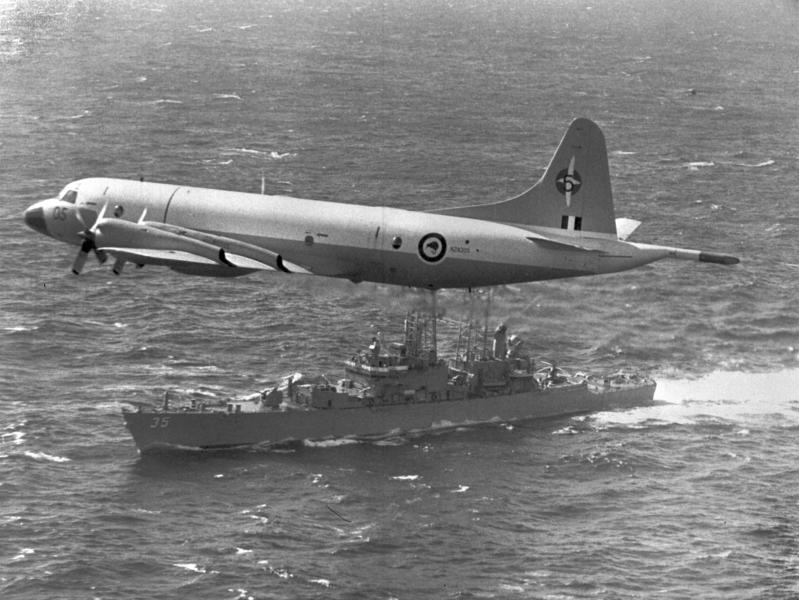 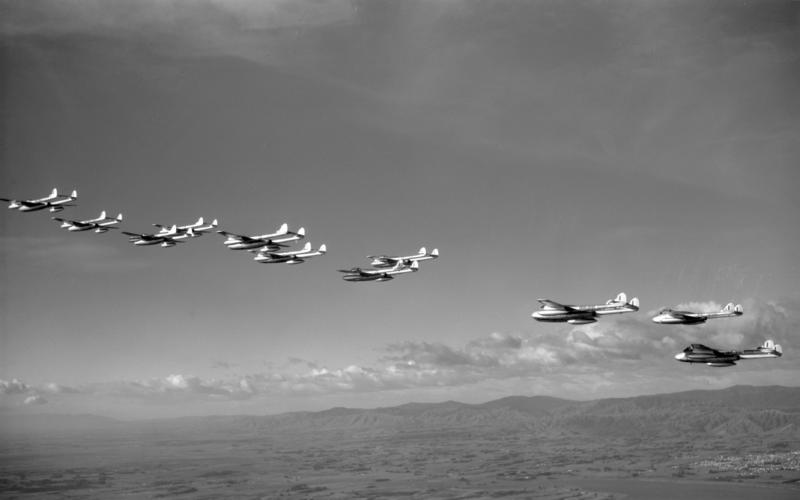 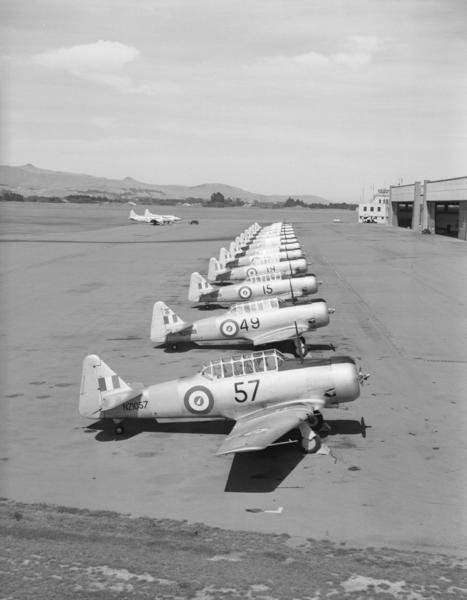 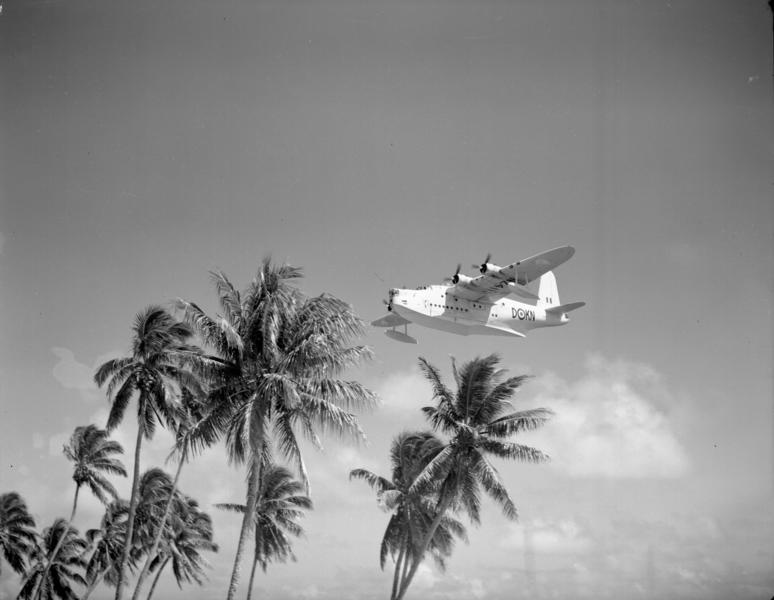 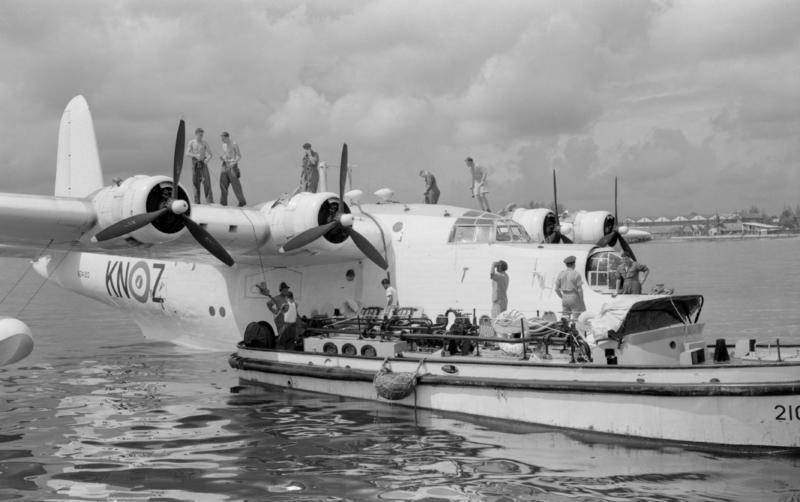 Crewman carry out pre flight inspections of the Sutherland flying boat, at anchor with a tender alongside. Copyright RNZAF Official 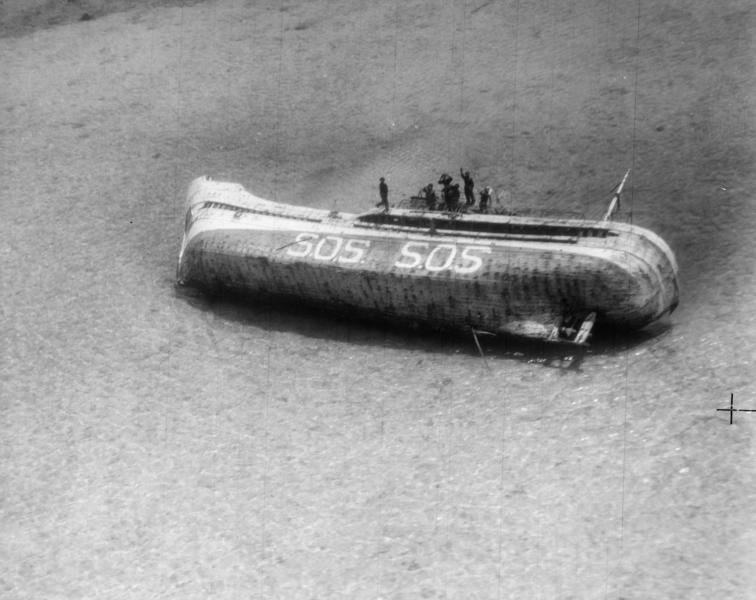 Survivors of the Tuaikaepau on the wreck which was their sanctuary. Minerva Reef, 1962. Air Force Museum of New Zealand 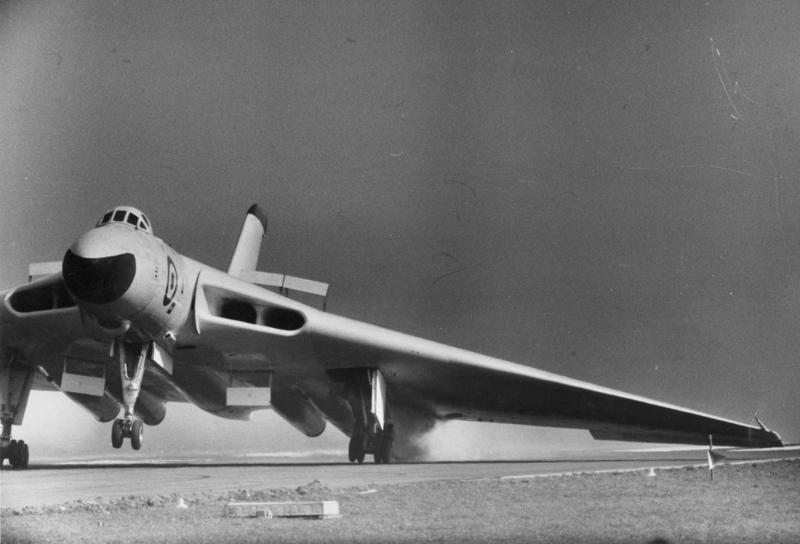 Enright’s passion for planes was sparked in the 1940s in Ranfurly, and after decades flying all over the world, Otago is a place he now calls home again.

He told Kathryn Ryan watching a plane buzz across the sky was one of his earliest memories, and it planted a seed.

“I was brought up there [central Otago] as a small boy in sheep rearing country and occasionally we would be treated to the sight of an airplane flying across the sky, usually a take-off from the airbase at Taieri.

“And I became quite fascinated with these buzzing things and at quite an early age in my life decided I really wanted to do my life's work in connection with these mysterious things.”

Eventually he was sent to Dunedin for schooling and that gave him the chance to pursue his flying dream – his first experience in a plane might well have put him off for life, he says.

He joined the Air Training Corps and was taken up for his first flight in a Tiger Moth.

“It was the most terrifying experience. The pilot had mistakenly identified me as a person who had flown quite a bit and wanted to do some aerobatics. And so, whilst I was gazing out at the countryside with awe from my perch, suddenly we were diving vertically at the ground, and went in all directions for about the next 15 minutes and I was totally terrified. It's a wonder that I ever flew again after that, but I got over it and have enjoyed my flying immensely since.”

Enright went to England when he was 16 and undertook technical training at Royal Air Force Halton whereupon he advanced to the RAF college at Cranwell and qualified as a pilot.

But he says he enjoyed coming home and flying New Zealand’s clear skies.

“In those days the air had not been cleaned up in England, and so was limited visibility to then fly around our beautiful country and be able to see about 100 miles was a pleasure.”

“It was designed at the latter stages of World War II and it was really the first sort of fighter aircraft with jet powered propulsion. It's quite a small airplane and the pilot fits neatly into the cockpit, it has twin booms had a maximum speed approaching 400 knots and was quite a manoeuvrable airplane.

“On the other hand, it wasn't perfect and had a few vices, and if you put it into the wrong position it could bite you back.”

As part of the Royal Airforce Vampire Aerobatic Team, Enright flew at the opening display for Wellington airport – it could have all gone terribly wrong, he says.

“The leader of that team was a very experienced and very capable person, it was always a pleasure to fly with him. Of course in a formation, it's necessary to give most strict attention to keeping one's eye on and the leader and not allowing any variation in position.”

The weather had been poor all day, Enright says, but the team leader decided to perform a complicated manoueuvre over the airport as the clouds had temporarily cleared.

“It was a downward bumpus, we call it, where from a vertical dive, the formation splits with one aircraft going to each quadrant of the compass. He decided this could be performed, as the weather had cleared, over the airfield and as we entered our manoueuvre, suddenly from somewhere, we entered cloud and we had a dramatic delay where the leader couldn't call the break in the cloud. And when we came out to the bottom, I realized we were extremely low and it was a very trying to pull out to avoid the ground - we're all very lucky to get away with that one. “

Pilots need to be mentally ready for the unexpected, he says. An example being when he overshot a runway in a jet fighter.

“I conducted an overshoot and at an altitude far too low to bail out or to turn back on to the airfield.

“Traditionally a pilot will look for a field to do a forced landing and of course, this is what you do with lighter aircraft, but you're not going to stop a jet fighter in a field.”

He says once the engine exploded, he had seconds to make a decision.

“The immediate action on the engine exploding was to instantly assess what I could do and a straight ahead landing on the best line of country was it, a quick Mayday to the air traffic authorities to get the emergency services on the way, and off I went for a very wild ride.”

The only problem with line of country he had picked was it had five fences and three ditches, he says.

Tom Enright's Many a Close Run Thing is published by Harper Collins.