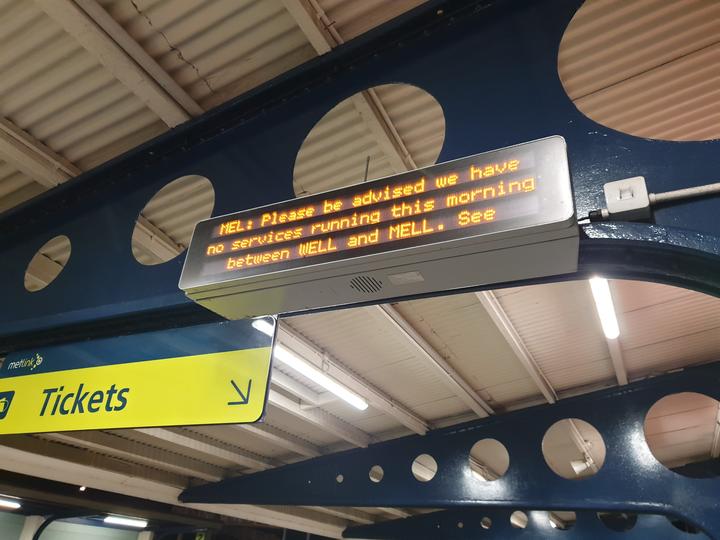 A sign at the Petone train station this morning. Photo: RNZ / Jonathan Mitchell

Greg Pollock Metlink's General manager of Public Transport talks to Kathryn Ryan about Wellington's commuter chaos with up to 20,000 Wellington commuters believed to have been effected.

No trains are running between Porirua to Wellington, Petone and Wellington, and Melling to Petone.

Trains from Wairarapa are also cancelled. To make matters worse there are only very limited bus replacement services on the Hutt Valley and Kapiti Lines.