Nearly 18 years after the attacks on the World Trade Centre in New York, a battle is being waged to replenish the fund to support emergency responders and their families.

The existing $7.5 billion fund is in danger of running out of money and there are still some 19,000 unpaid claims. Many of those who worked at Ground Zero in the days and months following the September 11 attacks have developed serious or terminal illnesses due to the toxic chemicals they were exposed to. 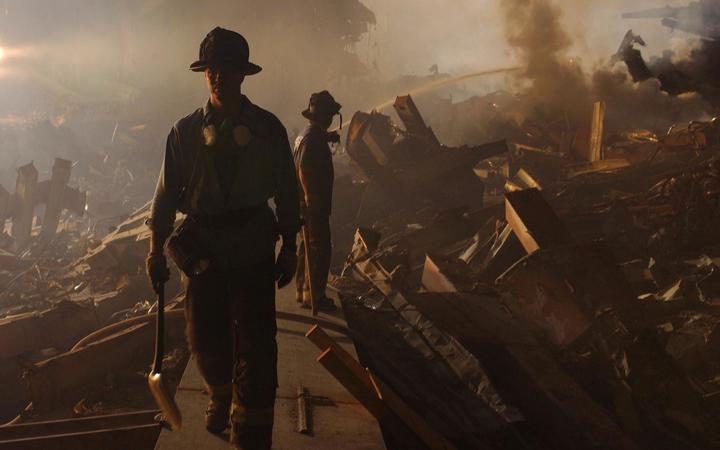 John Feal was a 9/11 responder who was injured at Ground Zero and has set up the FealGood Foundation to help those who went to help others in the aftermath of the attacks.

Of the tens of thousands of first responders who worked at Ground Zero, more than 32,000 have since developed respiratory or digestive diseases, more than 700 have died of these. Cancer has affected almost 9,000 people and 600 of them have died. Feal has lost a number of close friends.

“This is now going to last a generation until the very last 9/11 responder that passes away.”

The FealGood Foundation also fights for volunteers who were at Ground Zero, for the people who lived in lower Manhattan, the children in the geographic impact zone and people who worked at the Pentagon. There’s 90,000 people in the World Trade Centre health programme across the US.

“The weight of the world is on our shoulders.”

Feal recently met with Senate Majority Leader Mitch McConnell to push him to get the September 11 Victims' Fund renewed.

"On 11 September, 2001, people were told the air was safe to breathe and the water safe to drink, says Feal. “We’re fighting the very people who lied to us for legislation for their lie.”

Compensation was granted in 2015, but only for five years and Feal says he knew that it wouldn't last until 2020. He says now the fund is running out of money and there’s more than 19,000 people who have to wait to be compensated, with another 20,000 people expected to come forward in the next few years as more and more people are diagnosed.

“We’re truly racing the clock but while we’re still going to get this done, it doesn’t save anybody's life anymore.”

What it does do is offer the comfort and relief of financial assistance when people lose loved ones, he says. 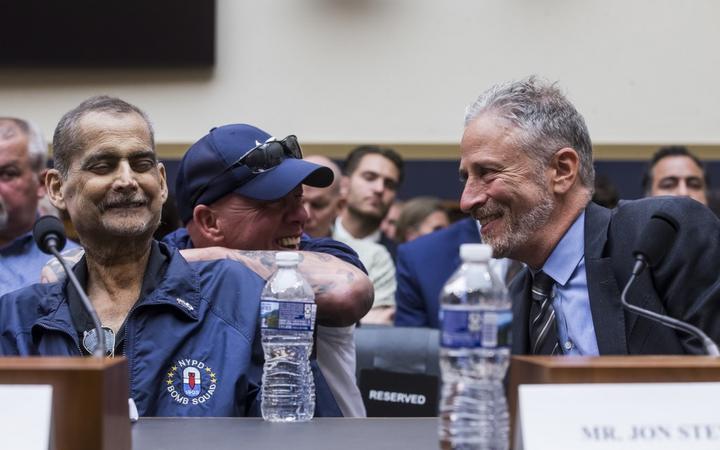 Feal says the government’s first responsibility is to serve and protect its people and if it cannot do that it shouldn’t be in a position of power.

He describes the cancers that people in the 9/11 community get as "being on steroids". He says brain cancer usually gives someone a life expectancy of 7-10 years, but for this community it’s a year and a half.

“I know people who have been diagnosed with cancer and died 2 weeks later, they were supposed to die 2 years later.

“What we’re seeing now is that 18 years later they already have a compromised immune system, their body’s not working at 100 percent because the toxins have already crushed their insides, then these cancers pop up and it just destroys them immediately. The absorption through the nose, mouth and skin, has literally killed these men and women, we ate there, we worked there, we slept there, we cried there, we went to the bathroom there…we did everything there 24/7.”

Feal lost his foot while working at Ground Zero.

“I don’t have cancer yet, but that doesn’t mean I’m not going to get cancer.”

At first they were begging officials for change, now Feal says, they shame them.

“I think the elected officials in New York City, New York State and D.C know we’re not playing games anymore, they work for us.”