Sufferers of a debilitating, mysterious and often minimalised disease known as chronic fatigue syndrome (CFS) may have something they've been seeking for decades - a diagnostic test.

Currently the diagnosis of CFS - also known as ME - is based on symptoms such as extreme exhaustion, sensitivity to light and unexplained pain. 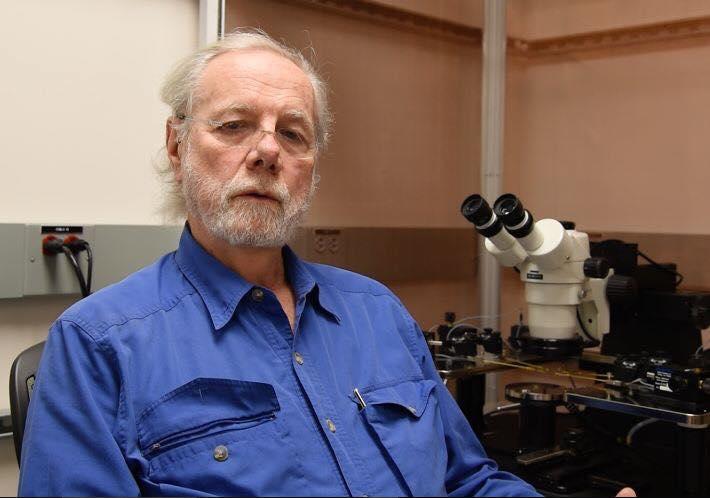 Now after a small pilot study, researchers at the Stanford University School of Medicine think they may have created a blood test that can flag the disease, which currently lacks a standard, reliable diagnostic test.

While not much is known about CFS, sufferers complain about their condition being categorized as imaginary, in part due to there being no test for it.

In New Zealand it's estimated that around 20,000 people have chronic fatigue syndrome, but that's a best guess, as many cases go undiagnosed.

Although in its very early stages, it is hoped the creation of a test could one day help identify possible drugs to treat the disease

Dr Ron Davis is leading a global push to discover the molecular basis of  the chronic illness that afflicts his own son Whitney.

Davis, director of the Stanford Genome Technology Center, the lab that invented much of the technology that powered the Human Genome Project, and his son Whitney, were both featured in the Netflix documentary, Unrest.

Atlantic Magazine in 2013 ranked Davis as among the world’s greatest living inventors whose work did much to launch the field of genomics - making terms like artificial chromosomes and genome editing part of the lexicon.

He told Kathryn Ryan he had abandoned all his existing research to focus on CFS. A diagnostic tool is an essential first step to combat the disease, he says.

“My son is bed-bound, he cannot swallow, he has to be tube fed and he has IV for fluids. And if you run those standard battery of tests, he looks perfectly healthy. So, the medical community is missing the boat with this disease, and so it goes undiagnosed.”

An Institute of Medicine report says around 80 percent of patients with CFS are undiagnosed, Davis says.

“So we desperately need tests, we can't rely on doctors looking at the patient and diagnosing them, because it really requires an expert and there aren’t very many experts.”

CFS is a complex disease, but disease it is, says Davis.

“We're making good progress in understanding it, it's very clearly a disease, it's multi system; it affects the brain and the immune system and the gut and so that makes it a very complicated disease.

“But I think that this disease is curable. There have been a few patients who've gotten over it and when you examine them, they look totally normal, it hasn't caused any obvious permanent damage, so I'm optimistic that we can actually cure this disease.”

Finding a cure will be painstaking, he says.

“To do that we have to analyse a lot about the patients and collect a massive amount of data on them. And we’re doing it from the blood to urine, saliva, looking at the bacteria in the gut.

“We know the immune system is affected, so we're doing an extensive analysis on the immune cells and also extensive genetic analysis.”

They have already found genetic abnormalities common to the CFS patients they are studying.

“There is a gene that all the patients have, a mutation and we've looked now at 66 patients, they all have the same mutation, the same mutant gene.”

That suggests that somehow this gene is involved in the disease, Davis says.

“That's how you try to peel this apart, you find a handle on it in a sense of some abnormality and you ask the question, why is that abnormal? And what effect does that normally have? And you try to track it back to what's causing things.

“So, in the case of a mutant gene it would be, well what does that gene do? And what cells is it active in. And so that's what we're currently working on.”

And he believes a cure is within reach.

“It doesn't appear that you have to continuously treat to cure this disease, because there are patients that spontaneously cure and they're fine. And they don't need any kind of supplements of any kind and now they're extremely active.

“We have one patient that was bed bound, and now she’s over it, we’re not sure how she got over it, but she now can run 10 miles a day without a problem.”