Blogger who helped discover 'rape culture' in US high school

This story discusses details of rape.

In 2012, a 16-year-old girl woke up in an unfamiliar basement in the American football obsessed town of Steubenville, Ohio. She couldn’t remember the party the night before, her phone and underwear were missing. Shortly afterwards disturbing texts and Tweets and videos and photos mocking the victim began circulating on social media and phones. The town occupies an uneasy place in the history of how we understand sexual assault.

The material became essential to the State’s case against the perpetrator. How that unfolded is documented in a new true-crime thriller 'Roll Red Roll' which details the role of  social media and victim blaming in the 2012 Steubenville high school rape case. 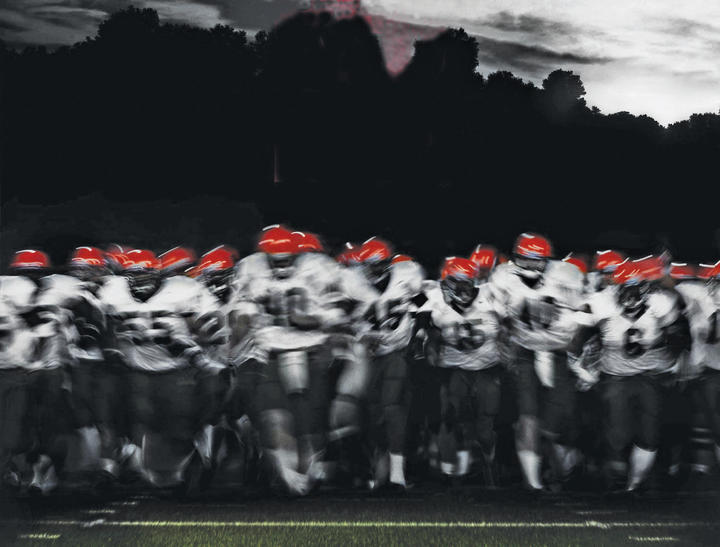 Crime blogger Alexandria Goddard first heard about the events of that 2012 crime about 10 days after it took place.

“The boys were arrested, and I had went to a local news website and clicked the link and there were just a couple of paragraphs about the boy being charged with rape and kidnapping and having lived in Steubenville I knew this was pretty big news for that area.”

Goddard says she was shocked by how the town and the young woman’s peers were dealing with the arrest, “It was horrible.”

“There was victim blaming, shaming, people were saying well she shouldn’t have worn that to a party, and some of this stuff was coming from adults who were also [saying] ‘she’s trying to ruin our football programme’. It was really shocking and disheartening.”

Goddard tracked all of the social media posts following the crime to a point where she almost ended up with a real-time commentary of it.

“Seven years ago, we weren’t really using social media as much as we do, today it’s part of our everyday life. I figured that I would go to the high school website and look to see who was on the football team because it was an after-scrimmage football party so I was able to get those names from the roster on the high school’s website and started searching through social media and their names and then I just started fanning out into their friend network.”

She also looked at tweets that people replied to on the night.

“All these people were tweeting about this, but nobody was doing anything to help her.”

Goddard found one photo that was posted showed her being carried by her hands and her ankles and a video from one of the boys who said horrible things about her afterwards and was one of the most shocking things Goddard says she has listened to.

“There was a lot of ugly, ugly commentary about her. There were tweets that people were cheering the boys on, some of the tweets, they were disgusting.”

There was no accountability for wrongdoing because they were football players, Goddard says, noting that there was another rape months earlier.

A local radio host even victim blamed the teenage girl on the air.

“Even more shocking was that was an adult talking about a child, a young girl who had been sexually assaulted and during my research of all this, there were many conversations that I saw that were along that same line of thought.”

Goddard asked an investigator friend of hers whether the police wanted the evidence she had found but when she didn’t hear back assumed they must already have had it. She then decided to release the information in the public sphere.

“Locals got really, really mad at me,” says Goddard, “I was sued for defamation, I had 25 commenters on my blog who were sued as John Does ...I had death threats, my family was threatened, I ended up having to leave California because someone found my address and posted it online.”

She says even seven years later, she still gets harassed by some of the locals.

“They’re still really angry about this because they think people disrupted their lives and that we shouldn’t be judging them for how awful they were towards a rape victim.”

Goddard believes there is likely to be other victims and has had many women from the town contact her to tell them about similar situations that go back 20-30 years ago.

Teachers and coaches were indicted and charged because they did not report the crime.

“They knew, and they did nothing.”

After Goddard was sued she wasn’t using social media but a friend campaigned using the hashtags #freespeech and #anonymous to find her an attorney. The hacktivist collective Anonymous got involved and the Steubenville rape case got attention.

Before this case, the term rape culture was considered a feminist buzz word, says Goddard.

“Sometimes it’s a societal issue, definitely in Steubenville, rape in general, you know you had women who said they weren’t helped – I think people were used to turning their head to it.”