Hunt For The Bunker People started life as a documentary on billionaires building bolt-hole bunkers on the South Island as a form of apocalypse insurance.

But film-maker Baz McDonald told Kathryn Ryan it soon became a story about the invisible one percent buying up chunks of New Zealand’s most scenic country and building exclusive, largely uninhabited, gated communities for the international, super-rich elite. 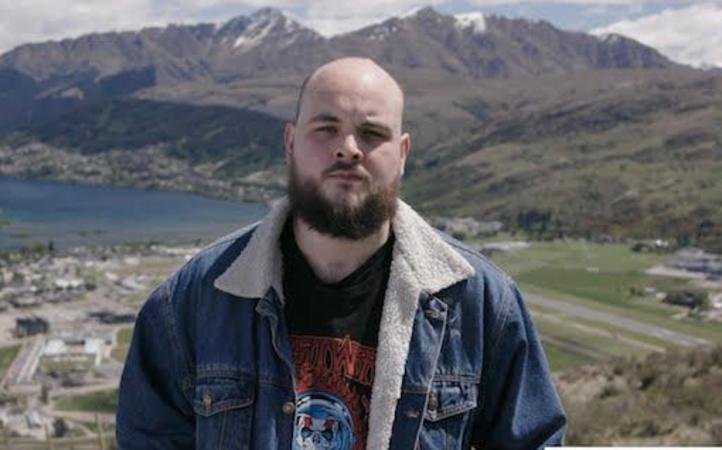 Baz McDonald in 'Hunt for the Bunker People' by Vice NZ. Photo: supplied

New Zealand itself is the bunker, he says.

“Whether or not billionaires want to put a metal structure underneath their houses here is kind of irrelevant - it's interesting and it's curious, but it's irrelevant.”

He says once he got past the, probably false, claim that 36 bunkers for billionaires have been built in New Zealand by an American company Rising S, the wider implications of the rich being able to insulate themselves from the world started to get to him.

“Mostly I was just interested in following up the idea that it is the one percent, the millionaires and billionaires of the world, wanting to come here.

“So that's where we sort of started and then the more I went down that path, the less I cared about the bunkers … it became very quickly apparent to me chasing these bunkers, that we were missing the point.”

Wyuna Preserve in Glenorchy, near Queentown, is a case in point, McDonald says.

“We were particularly interested in seeing a place which is $33 million, which is the second most expensive piece of residential real estate in the country.

“So Wyuna Preserve takes up pretty much the whole hillside on the way to Glenorchy, some of the most beautiful landscape in New Zealand, and we were given the code to get in there and what I was shocked by is that all of these $20 million, $30 million houses are just empty. They're absolutely empty.”

He said the place was largely deserted, except for tradespeople wandering around. One builder told him the buyer of the $30 million property had spent a further $20 million buying the surrounding land.

“Just so he couldn't see another house, just to leave it empty.”

“There's this whole hillside, which our government has sold to these property developers to sell to these overseas people, who’re just never there.”

Often this pristine land is sold with caveats, whereby the government insists certain things are carried out by the new owners, he says.

There's this whole hillside, which our government has sold to these property developers to sell to these overseas people, who’re just never there.

“So, he said that he was going to conserve the wetlands around his property. But more importantly, he said he was going to bring the community in to be part of those conservation efforts, Otago Polytechnic in particular, and there just doesn't really seem to have been any sign of that actually happening.”

And if nothing happens how would New Zealand hold the new owner to account, McDonald asks.

For McDonald this isn’t so much a question of envy, but taste.

“I think that it’s just obscene, I know it sounds like I'm envious, but I just think that spending $10 million to buy property on either side of your house so that you don't see another house is obscene.

“Especially when 20 minutes away, I was talking to migrant workers who literally can't survive in the city where they have to be to make that city even run. So I guess it's an issue of equality and seeing the effect of the one percent in my own backyard, it's just affronting.”

Hunt for the Bunker People screens on VICE will be on SKY On Demand and SKY GO until May 23rd.