In the United States, 90 percent of the funding available for non-profits goes to organisations lead predominately by white people.

It’s one of the big problems in the non-profit sector, but it’s by far the only one. 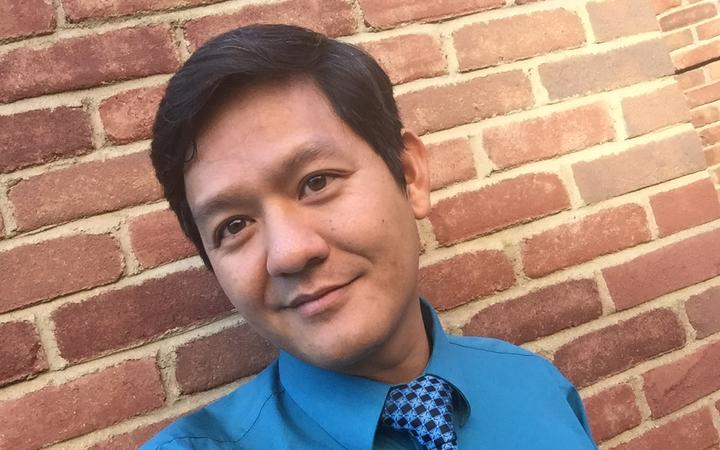 The non-profit sector has representation issues, says writer and non-profit executive director, Vu le. Most staff are white, and most trustees are older white men.

“It’s not that they’re trying to discriminate it’s just that people are more used to it, they have connections to other white people who speak the language, who can write the great applications the best and able to navigate that sort of landscape.”

If you’re from a community of need, you might not have a full-time grant writer, or time to speak to people to secure funding because you’re out there running programmes, he says.

White communities, and leaders, have access to levels of decision making that other communities do not, he says.

And unconscious bias comes into it too.

“The higher you go in terms of staffing, it’s going to be more white, more white male.

“We also have this saviour complex…like oh we’re going to go out there and save all of these people of colour, we’re going to help them. When really, we should have this social justice [complex], like ok, maybe we’re causing some of these problems.”

Vu le is a blogger at NonprofitAF and the Executive Director of Rainier Valley Corps, a non-profit trying to get more leaders of colour into the sector.

“One of our programmes is kind of like the Peace Corps, we find leaders of colour, we give them a job for two years, and training and mentorship and we send them to work in organisations led by communities of colour," he says.

Tokenism though, isn’t the way to go, he says.

“Then they feel isolated, they’re usually the only one, their voices are dismissed, and this is just a recipe for ineffectiveness and tokenising.”

It does more damage in the long run as well, he says. People talk.

Vu Le says the source of many foundations’ wealth, is also highly problematic.

“Often times it’s from slavery, it’s from genocide of our native community members over the years and people don’t want to talk about this, it makes them feel terrible about it.”

There’s a raft of problems in the sector, among them are destructive power dynamics, the need for decent charity overheads, and the perils of short-term restricted grants, he says.

But there’s also a raft of myths the public holds about the sector.

“People do not want their money to go into overhead or indirect expenses such as rent, people’s salaries, professional development, electricity.

While that’s understandable, he says, there are so many logistics involved in distributing money, and extra time worked by staff, that if no money goes into overheads, it actually prevents people from working effectively.

“There’s definitely non-profits, like there are for-profits and government agencies, that do misspend funding but this sort of belief that it is pervasive across the sector is what’s damaging because that’s not the situation usually.”

Most non-profit staff are struggling, both financially and with the resources available, he says.

Donors are now asking where exactly their specific donation has gone.

While he says all non-profits should be transparent, this just creates more work – which is overhead.

It’s a problem that the sector itself created, he says, like the charities that tell their donors that their money will be spent on a specific family, or a specific child.

“We do perpetuate a lot of things that we complain about.”

Another myth the public have about the non-profit sector is that an organisation needs to become self-sustaining.

“What are you going to do when this funding runs out?” people ask, he says.

“I find it to be really challenging because we are in many ways handling the challenges, the gaps in society left behind by government and by the for-profit sector.”

Non-profits clean up the messes that society has made, he says.

“We’re just constantly going to go and ask other people for money because that’s how the sector works, and we spend a lot of time doing that.”

Would you ask a restaurant if they need to be self-sustaining, without any customers buying food, he asks?

While there is great work being done, the reality is people don’t trust the non-profit sector, he says.

Grant applications that are 50 pages long and restricted funding are now common as a way to curb this.

“I find it very similar to the way we treat poor people,” he says.

“We want to help you, we’ll give you some money, but you can’t spend it on certain things.”

It’s not good enough to just help people, we have to think about the systems that got them there in the first place, he says.

“I think it’s going to take some time to be thoughtful with this.”

“We have a lot of challenges that we have to address, for sure, we’re definitely not perfect. We have tonnes of things that we have to deal with restricted funding for example, the overhead myth, the myth that we all need to be self-sustaining but at the same time if we don’t talk about them then there’s no way that we can improve on these areas.”

Lu Ve is in New Zealand for The Philanthropy Summit The Future of Trust 15-17th May, Te Papa, Wellington.