The trouble with Jeremy Kyle, Euro elections and royal gossip 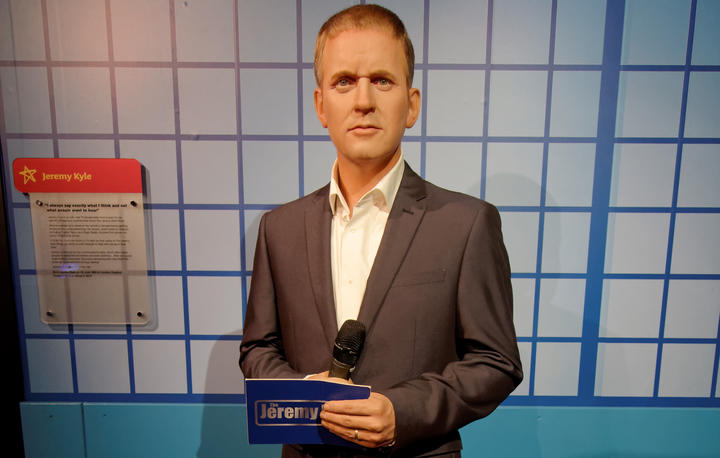 Jeremy Kyle - as a waxwork in Madame Tussauds, Blackpool. His show is under the microscope after being axed, following the death of a guest. Photo: 123RF

UK correspondent Kate Adie looks at the axing of the Jeremy Kyle show after the death of a guest as more stories emerge from participants about the negative effect it had on their lives.

She'll also talk about the looming European elections, which the government doesn't want and very few people care about in the UK.

Also, there's a lot of attention being paid to the Queen's newest great-grandchild, but it hasn't stemmed the speculation and gossip.