Being Bibi: The turbulent life of Israel's leader

Israel's leader Benjamin Netanyahu secured his fifth term as Prime Minister in April- but with the threat of indictments hanging over him.

What price might his coalition partners extract for their support? And what might it mean for Palestinians living in the West Bank? 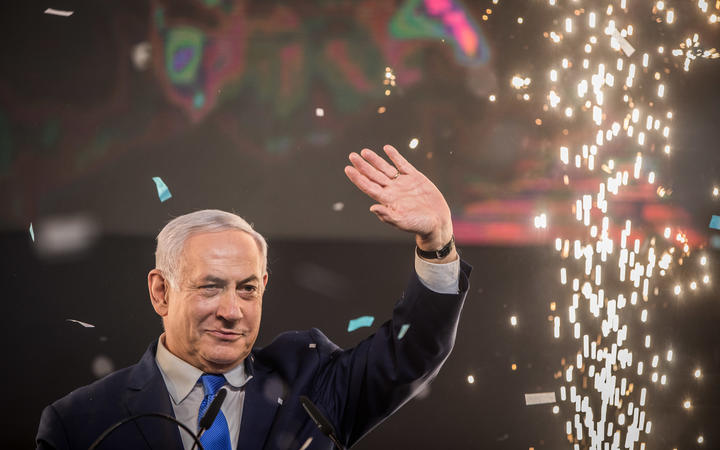 Much of Netanyahu's next movements may depend on the level of support he secures from Donald Trump and the peace plan that the president has described as “the deal of the century”.

Haaretz journalist Anshel Pfeffer says after the elections in Israel, whoever wins the most votes must build a coalition, this is the process Netanyahu is currently going through.

“In this period, any of the small parties can use any kind of event or argument to put a pause on the negotiations and try and extract bigger promises and they’re having the Eurovision in Tel Aviv right in the middle of these negotiations, certainly…making it more difficult for Netanyahu.”

Leading up to the elections, Netanyahu’s potential coalition was leading the polls with 52-53 percent of the seats, says Pfeffer.

There wasn’t much prospect that he wouldn’t win, he says.

In the nine days of the election, he vowed to annex Jewish settlements in the occupied West Bank, going further than ever before in his thirteen years as Prime Minister.

“Once the Trump plan is presented Netanyahu will try and find, I assume, another delaying tactic,” he says.

“Netanyahu is very much a status quo politician, he doesn’t want to make any concessions or compromises with the Palestinians, but he’s never really shown an inclination to break the status quo and start annexing parts of the West Bank. Making that promise as he did, literally three days before the election, was a last-grab at voters to try and make sure that his base was behind him so that he could just eke out the support he had and edge ahead of Benny Gantz’s Blue and White.”

Netanyahu was under pressure, says Pfeffer.

With Trump in power in the US and no real international pressure on Israel to go ahead with allowing the Palestinian state to come into being, Netanyahu may believe now is the ideal time to take his ideas from his 1993 book Place Among the Nations - ruling out a Palestinian state in favour of semi-autonomous regions in the Gaza Strip and the West Bank - and make them a reality.

Palestine is without a unified leadership, split between the Islamic Hamas and the nationalist Fatah, meaning leading a campaign against a possible plan from Netanyahu would be difficult.

“There’s a disconnect firstly on a geographical level – the Palestinians are split between Gaza and the West Bank – and there’s no clear mechanism for their leadership right now. Any kind of new push towards, whether it’s a diplomatic push or even military or a return to what the Palestinians called armed resistance, there’s no one leader who can make that call as perhaps there was under Yasser Arafat, who passed away fourteen years ago.”

When Barack Obama was in power, Netanyahu changed his tune, but now that Trump is in power and the two are friends, and he has been very quick to use this relationship.

“That kind of friendship, or alliance, is very valuable in international affairs.”

He also gets along with Putin, and Nerendra Modi, they are the new kind of populous nationalist leaders and many of them see Netanyahu as a father-figure in this group, says Pfeffer. 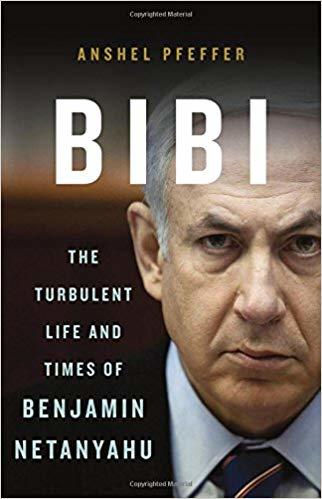 Netanyahu also faced three potential indictments; one for allegedly accepting illegal gifts from wealthy benefactors, and two other cases in which he’s meant to have planned or made various interventions on behalf of media owners in return for favourable coverage.

“Netanyahu now, and the other defendants, have the right to a pretrial hearing where their lawyers can try to argue that there’s no grounds to press charges, this is the stage in which we’re at. Netanyahu will try to keep it at this stage, he wants to… with his reformed coalition to try and pass some kind of a law passing the immunity status of Knesset members thereby making it much more difficult to charge him in court.”

His biggest problem now is that the Israeli Supreme Court has very broad powers to look over any kind of legislation and in some cases block legislation, says Pfeffer.

“His main worry is that even if he manages to pass with his new coalition some kind of change in the immunity laws, then the supreme court will swoop in and say this is not constitutional and this immunity won’t stand for you.”

It means he needs to pass another law, limiting the powers of the Supreme Court, which is constitutional change, says Pfeffer.

“Netanyahu believes that there is no one in his realm anywhere that is qualified anywhere to replace him and to guide Israel through the traitorous waters of the Middle East and to avert disaster, he’s identified his own fate with the fate of his nation and he feels anything goes if it keeps him in power.”

Netanyahu believes he needs to stay in power even if it changes the nature of Israel’s democracy, he says.

Israel is in the unique situation that it’s put in prison a Prime Minister and a President over criminal charges without it resulting in a coup, he says.

Anshel Pfeffer, is a journalist for Haaretz and author of the book 'Bibi: The Turbulent Life and Times of Benjamin Netanyahu' is in town for this week's Auckland Writers Festival.