A former All Black captain on when the crowd stops roaring

Neven MacEwan was an All Black from 1956 to 1962. Predominantly a lock, he played 52 matches for the All Blacks, 20 of them internationals.

He was renowned as a line out jumper and his contemporaries were Tiny White, Don Clarke, Wilson Whineray, Kelvin Tremain, Colin Meads and Ian Clarke – one of the great eras in All Black's history.

In 1962 Neven MacEwan was dropped from the All Black's and Colin and Stan Meades were paired together as locks in the final test against the Wallabies.

Now 85, MacEwan's rugby playing days, and much more, are detailed in a frank memoir, When The Crowd Stops Roaring. 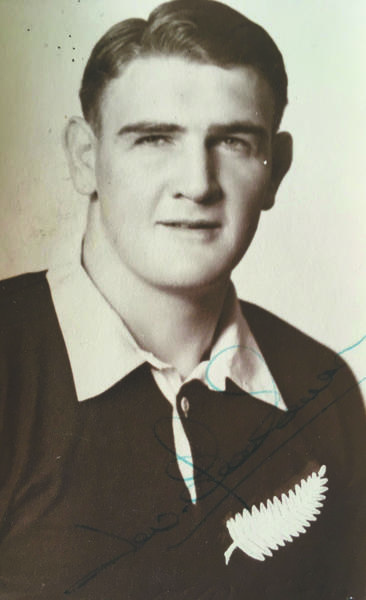 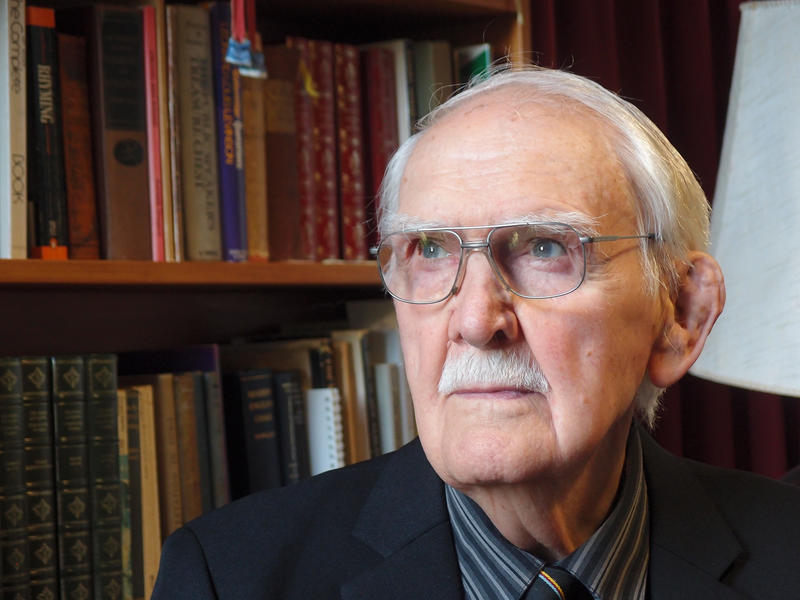 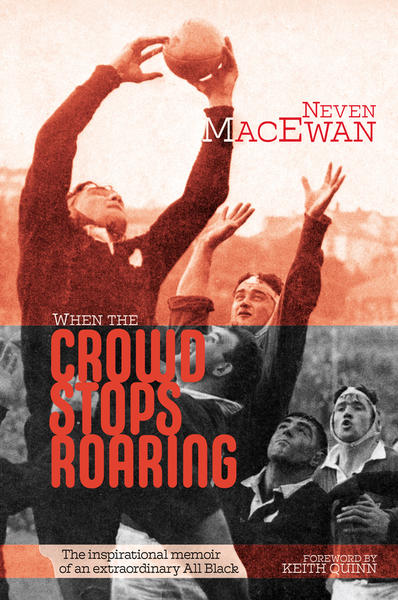 He writes of a battle with alcoholism, a suicide attempt and a theft conviction. As well as his long-lasting marriage to Jeanette, raising a family, and a work history including teaching, public relations and being a Manawatu prison chaplain.

He told Kathryn Ryan his rugby potential was first spotted when he was playing for the Nelson College first XV.

“It was in 1950 and I was playing a game and a radio commentator was watching, he had an affiliation with the family, he came to watch me play and after the game, he said, ‘Nev you've got an absolute natural ability to judge a jump in the line out, now concentrate on that, perfect it and everything else will fall into place’.

"It was the best piece of advice that I got at that stage of my developing prowess as a rugby player. And that's what I did, I focused on my jumping ability, which was second to none, it was just one of these natural skills and abilities that I was born with and I perfected the skills that enhanced that and achieved a reputation as one of the great line out players of that era.”

“Ron Jardine, who was one of New Zealand’s best wing three quarters, he threw the ball in left handed and that naturally meant that it was going to come over towards me anyway. But he was so accurate, and so skillful that I could virtually play with Ron, I could really jump with my eyes shut and still catch the ball.”

MacEwan’s reliance on alcohol started to creep in at this time, he says.

“I was getting tired and then when we got to the second test, playing in Newlands, after that test I collapsed and the doctors said he needs a break away from the rugby and I left the team for two weeks, I went and stayed with the convener of the South African selection panel.

“The doctor said you need to relax and you really need to start having a bit of drink from the top shelf. That was the wrong piece of advice, there are other ways to relax, you don't really need that.

“But with my addiction already well and truly establishing, starting with the top shelf was just the beginning of the end. But I was able to hide my dependency on alcohol because of the social climate of rugby in those days.”

All Blacks were expected to socialise with their hosts, MacEwan says.

“I kept it very secret and nobody picked it up. It's alluded to in the book by the comments from [Wilson] Whineray and from [Kevin] Briscoe [that] they didn't pick that I had a problem at all.”

The drinking, an injury and a run-in with selectors in the early 1960s brought his international career to an end. At the time he had his heart set on making the 1963-64 tour to Britain.

He was told he wouldn’t make the tour and with “a few under his belt” took exception to a comment made by one of the selectors – MacEwan felt the selectors were belittling the side they had picked.

“I knew from that point on that I was never going to play for New Zealand again.”

Retirement from the game ushered in a period of depression, a void that MacEwan filled with alcohol.

“What I was doing at that stage was blaming everybody else for the bad and stupid mistakes which I was making. It wasn't my fault, it was always somebody else's.

"That was a period from when I shifted from playing the game and went up to Palmerston North and took on a position there coaching. But when that coaching finished, there was this desperate loneliness that I felt and couldn't really cope without alcohol.”

MacEwan went into the travel business but things started to unravel and his alcoholism worsened – he could see no hope, he says.

“So, I thought well, I'll end it all and I'll remove myself from the equation. That's when I attempted suicide. There was a time when I felt there was no hope.”

MacEwan, with the support of his wife, tackled his alcoholism with help of AA. He couldn’t have done it without his wife, he says. 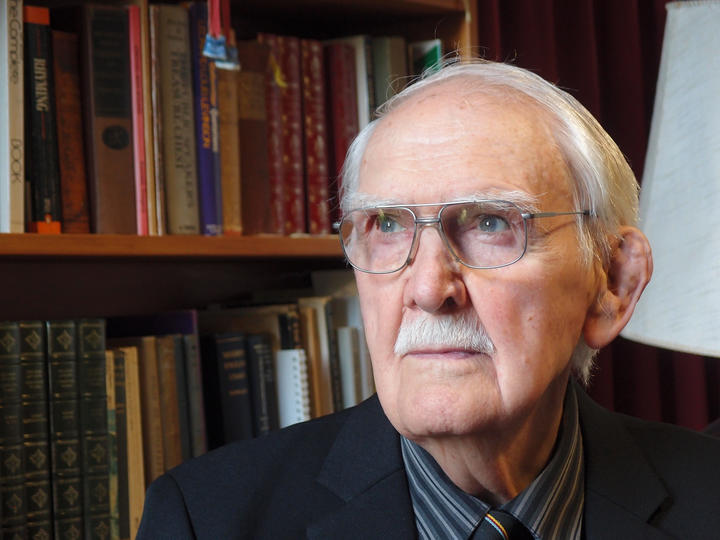 “It really rests entirely with this incredible lady, who has stayed with me right through that rough time and really was a strong arm in a time of difficulties, she was just one remarkable girl.”

In straightened circumstances, by 1980 MacEwan had sold all his All Blacks jerseys.

“I sold all my rugby jerseys so that the family could survive and so that we could keep the family together. When I sold my last All Black jersey, Angus my third son said ‘No, Dad, you can't do this’ and he was in tears,” says MacEwan.

Later Angus tracked down that final All Blacks jersey to a club in Wales.

“He had found that one of the jerseys, one of my real special jerseys, was given to a Welshman and was somewhere in Wales and he found out where it was, wrote to the club and said, would you be prepared to release that jersey back to the MacEwan family so that the new generation, my father's grandchildren, would know a little bit of what their grandfather had achieved in his rugby days.

“The Welsh, in their generosity, said Angus, we'd be delighted to hand it back to the family on one condition that you bring your father to Wales, where we can honour him.”

So in 2005 father and son went off to Wales, the jersey duly returned, it now has pride of place in the family home, MacEwan says.

“I realised how important rugby had been, and I started to take ownership of putting that story together because it's a really special story.... [That] jersey now has pride of place in the home and it will go to the future generations with the story of the prodigal jersey.”