Washington D.C. lawyer Philip Greene is no stranger to mixing it up. As well as being a successful lawyer for the US Marine Corps with an office in the Pentagon, he's a cocktail historian. 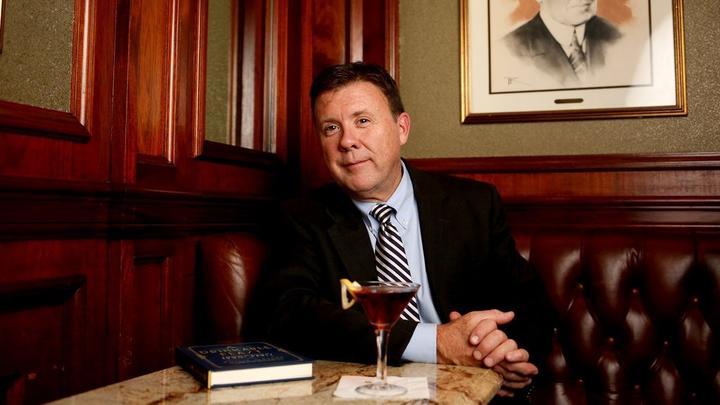 It all started when in 1996, he decided to research his ancestry.

Greene went to law school in New Orleans, where he became somewhat of a food and drink history buff.

“It occurred to me, your grandmother was born there…why don’t you look up your family tree maybe you’ll find some interesting people.”

The name Peychaud popped up – the 19th Century New Orleans man who created Peychaud's Bitters and is credited with coining the term "cocktail”.

And according to folklore that drink became the Sazerac.

In fact, none of this was actually true, as Greene discovered, although it is true his ancestor created Peychaud Bitters.

Outside of his day job with the Marine Corps, Greene writes, researches and talks about all things related to the history of cocktails.

Ernest Hemingway features heavily in his work, in fact he’s written a book about him; To Have and Have Another: A Hemingway Cocktail Companion.

“I became fascinated with both the lost generation in Paris in the 1920s and Hemingway when I was in high school, just before university.

“Hemingway was such an interesting character not just for what he wrote, but as you said, his lifestyle. He was in World War I and wounded in action, was a war hero, carried a wounded Italian solider to safety even though he had 227 pieces of shrapnel in his leg, he was in Paris during the 1920s and was the leading spokesperson for the lost generation….”

He led this big, bold life and managed to write some of the most important books in the 20th Century, Greene says.

Hemingway would write in the mornings and to clear his head, he would have a few drinks, he says.

His writing is littered with descriptions of drinks that allow the reader to know what the character is thinking, says Greene.

“The way he describes the drink, you can almost taste it.

“There’s this scene in Islands in the Stream where he’s describing how the angostura bitters in his gin and tonic and the way the lime peel tastes and the way the gin makes him feel, it takes a load off his mind. Or when he’s hunting in Africa sipping the first whiskey of the day and the best one there is, is the first one of the day, it helps put you into the mind of the protagonist.”

And, he says, Hemingway’s knowledge of how to prepare a cocktail was ahead of his time.

“Hemingway froze his glassware in a deep freeze… very, very cold and he made ice cubes using tennis ball cans so he had these giant slugs of ice to make his martinis as cold as they could possibly be, and even the Spanish cocktail onions, he froze them so they were like a little ice cube in the glass to help keep the martini cold.”

And, while you may have heard that Hemingway invented the Bloody Mary, it’s a great story but not true, says Greene.

The story goes that when Hemingway was told by his doctor not to drink so much he cooked up a Bloody Mary with a bartender because vodka doesn’t leave a smell on your breath and he would be able to get around his wife Mary.

There’s a big flaw in that story though, Hemingway didn’t meet his wife until 1946 and the drink can be found on menus in the 1930s.

Philip Greene is one of the speakers at Wellington's Highball festival held over two days on 11-12th May at the capital's historic Embassy Theatre.