Inside the San Quentin Prison Marathon

The 1000 Mile Club was started at San Quentin Prison in 2005, with the goal of training willing inmates to run 1000 miles in a calendar year exclusively within the facility.

Since then, the club has grown to over 50 members, for whom their training has been less about the benefits of physical exercise, and more about the freedom of running.

The club launched the annual San Quentin Marathon 9 years ago,  42.2km of the same uneven dirt and concrete loop around the prison's lower yard - over and over again. 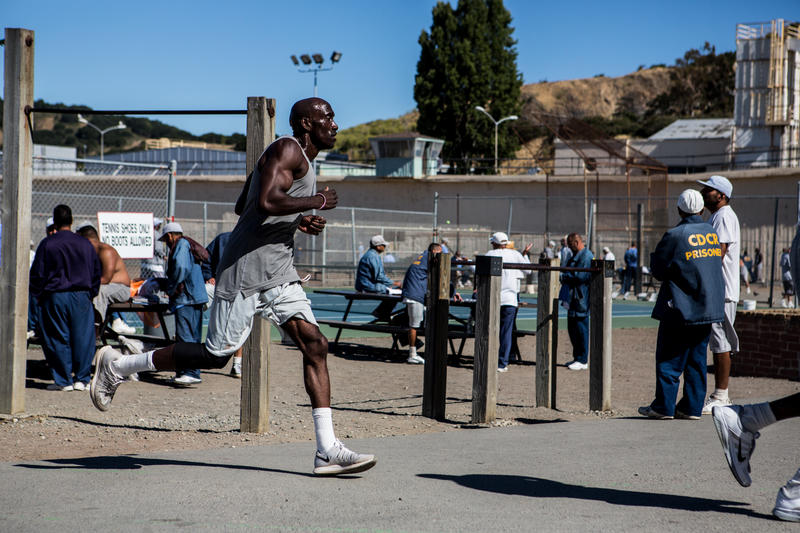 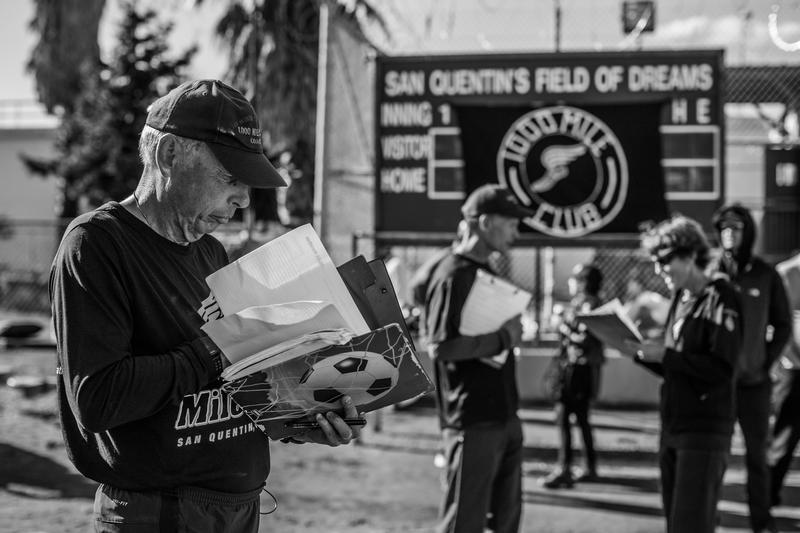 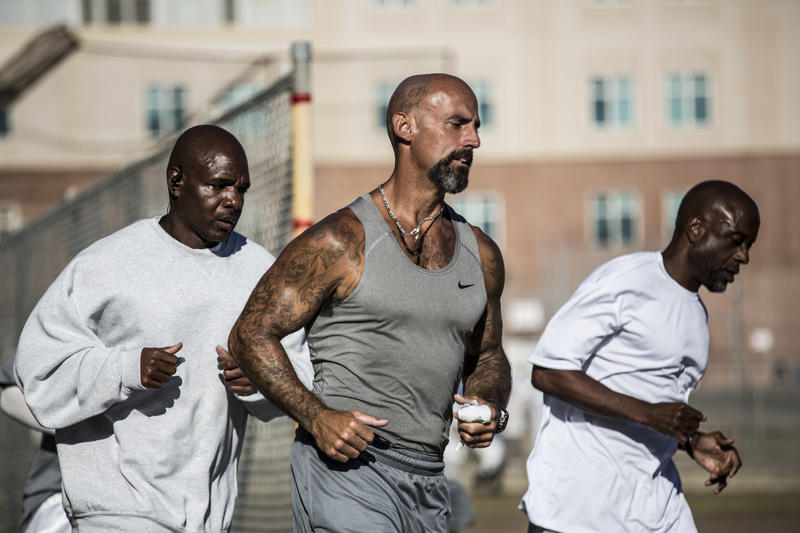 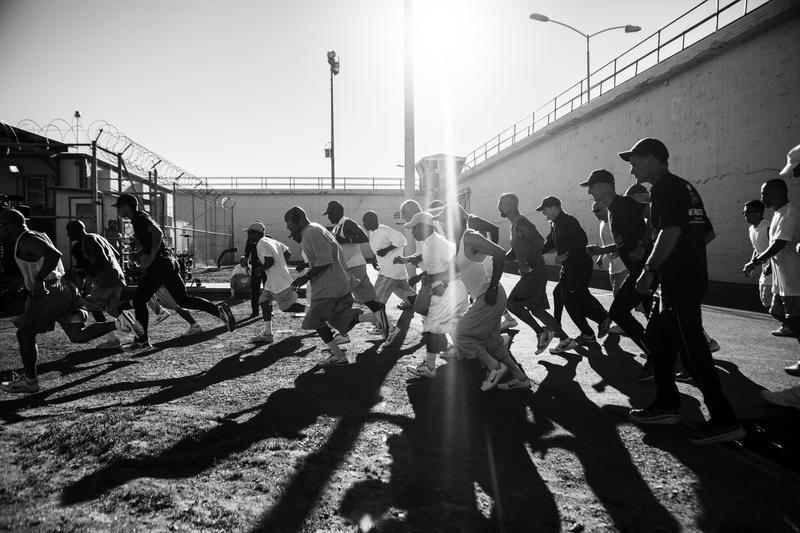 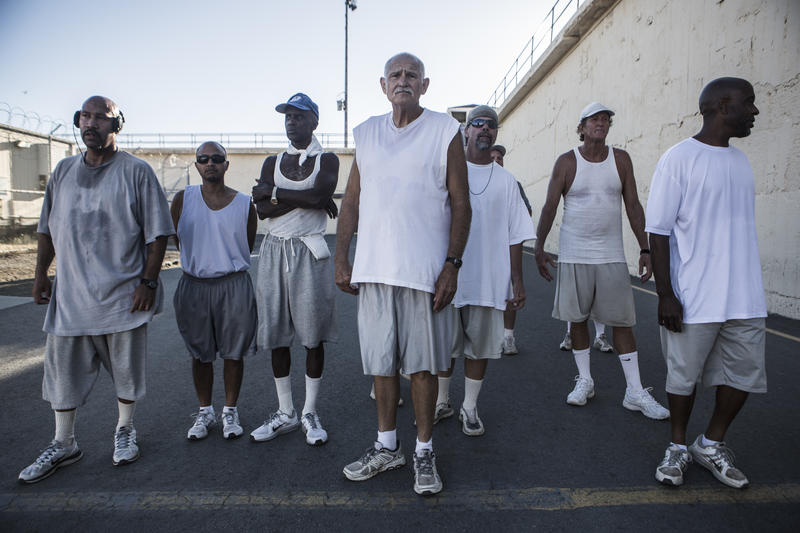 Members of the 1000 Mile Club Larry Ford, center, is the club’s secretary 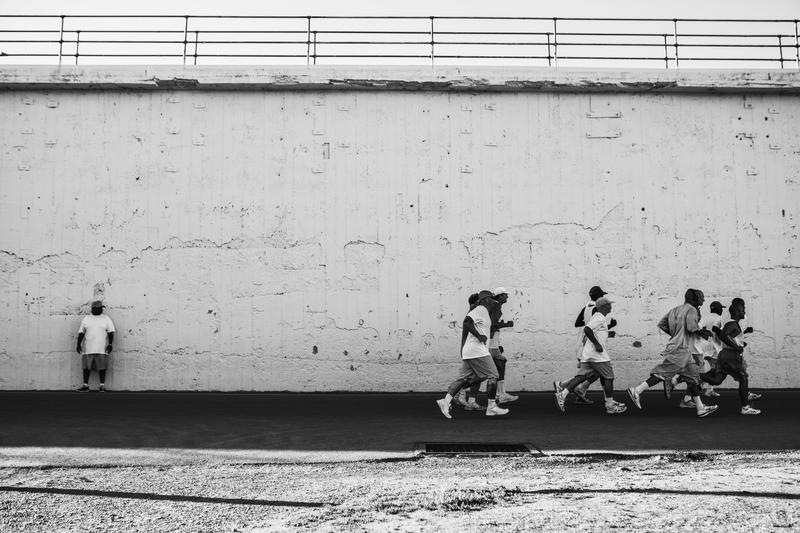 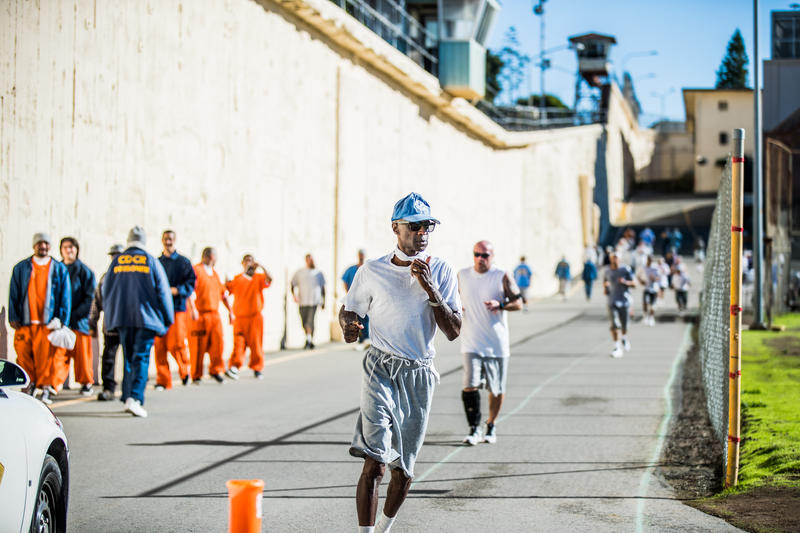 Stills from 26.2 to Life: The San Quentin Marathon Prison Marathon

Frank Ruona has been a volunteer coach with the club since its inception in 2005.

At the time he was the president of a local running club and put his hand up to volunteer at the prison.

“It’s not like that was the first time I’d been over there, I worked in the construction industry for 42 ½ years and we did projects over at San Quentin so I was on the prison ground before I started coaching the running club.

“I took the attitude that I’d give them the same workout that I give the guys on the outside.”

Earning the inmates’ trust was simpler that you may think.

“It’s amazing how friendly and receptive these guys are, it didn’t take time at all. I think if you go in there and you treat them with respect, they treat you with respect,” he says.

Ruona never asks the men what they’re in for, if they want to share though, he’ll listen.

He’s close with quite a few of the guys.

“You wonder a number of times what got into an individual to wind up in prison like that cause for the most part, these guys are very friendly, very respectful, they thank you for coming in and there aren’t too many guys that I’ve dealt with who I wouldn’t consider good guys.

“It’s a tough existence, most of these guys are living in 9-4 cells and there are two guys in the cell. Especially here recently where we had the wild fires and we had the guys confined to their cells for weeks because of the air quality and recently with the problem of a couple of deaths that they think were drug overdoses, they’ve been down for another couple of weeks.”

When the prison is on lockdown, the volunteers don’t go in.

The year starts with shorter races, building up to the marathon. All the time, the runners are being coached, their times are recorded, and they’re given feedback.

It’s much like any marathon runner in training, although they’re confined to the grounds, and have to run loops.

When guys get out, they’re often running the Dipsey trail. Others are keen to run the Boston marathon and one of the men has been running times good enough to qualify.

It took a couple of years before things got rolling though, the number of guys in those first couple of years was around 10-20. It then became more popular and with a lot of publicity, including articles and a documentary, the numbers grew.

“At the time we started, the warden, he was into physical fitness and he supported it, I think that helped a lot. For the most part, the staff has been pretty supportive, much more so in the last few years then at the start.”

He’s been a serious runner for most of his life, setting goals he aims to achieve. When the guys achieve their own goals, he tries to give them the awards they deserve.

Ruona hopes his club helps to turn their lives around.

One of the men now works for the film crew that came to the prison and made a documentary about the marathon.

“There was one guy who got out 5 or 6 years ago and I got him a job with the construction company I worked for. He’s been there, just got his five year anniversary award at the Christmas party and he was employee of the year a couple of years ago.”