Concern over a lack of regulations for baby sleeping spaces

Advice on how to put a baby to sleep is very clear: on their back, in their own bed with a firm mattress.

But an online retailer of baby products is concerned there's a lack of safety regulations when it comes to where babies are put down to sleep. 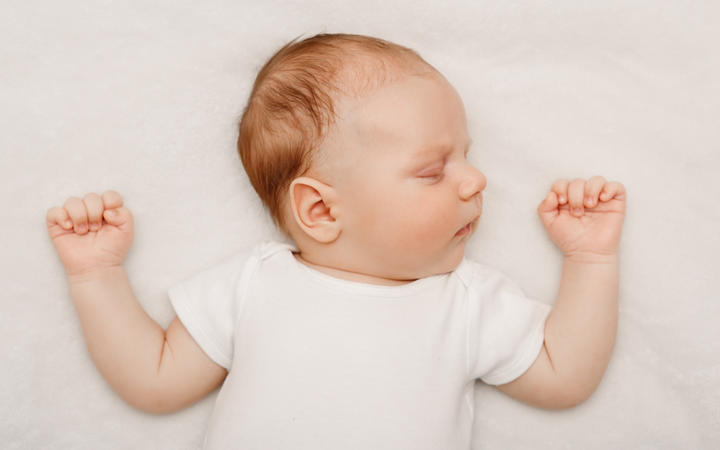 Official advice on how to put a baby down to sleep is on their back, in their own bed on a firm mattress. But what are the safety guidelines covering which kind of bed to use? Photo: 123RF

There are safety standards for porta cots and mattress firmness, but these are voluntary – and if you’re a retailer and don’t know what they are, you need to pay $100 to purchase them.

The Sleep Store co-founder Louise Tanguay told Nine to Noon there’s a big hole in the regulations and it’s creating confusion for retailers and parents.

Parents assume that what’s for sale in stores and online are safe, which isn’t founded on fact, Tanguay said.

“And then there are products which are being sold and promoted as safe – separate nests for babies to go into – that clearly go against a safe sleeping space.”

While most bassinets are safe, Tanguay was concerned with Moses baskets that have padded sides on them.

She’s also concerned about the popular padded baby-nests that are promoted on social media and at the recent Baby Show. She said retailers were making all sorts of false claims about certifications and safety standards to do with these products.

And while they looked great and babies did nap in them well, Tanguay said they weren't safe for overnight, unsupervised sleep.

“There are many, many unethical people selling products with no care whether there’s a safety standard.”

And many of these retailers were purposefully misleading the consumer, she said.

In 2016, baby Zara died in Australia while sleeping in a padded baby-nest product that was used in a cot.

“At the time they were called cot-inserts and were quite uncommon but the construction of them is very similar to what is being promoted and sold in New Zealand ... and the rise of the use of these is growing rapidly,” Tanguay said.

However, there has been no statement from any part of the government or any changes made since Zara’s death, she said.

"Government agencies refuse to provide any assistance to retailers who are desperate to comply with the standards that are in place."

Paul Smith, head of testing for Consumer NZ, said they hadn’t investigated these particular products but Consumer NZ did have a history of testing cots, portable cots and bassinets.

“The testing that we do picks up on generally the combined New Zealand and Australian standard.”

However, he said the standards here tended to be voluntary and the only compulsory standard was for full size cots.

"We find that any time we test these products that are in the voluntary standard, we find some that fail.

"We constantly find products that fail because they haven’t got things like breathable zones in the right place or their mattresses are too soft."

The Consumer Guarantees Act said a product needed to be fit for purpose, which implied that it was safe but in a lot of cases this didn't go far enough, he said.

But it’s been very difficult to get any changes across the line, he said.

Mr Smith said unfortunately Consumer NZ were relying on consumers to pick these things up.