David White's daughter was murdered a decade ago, now he's traveling the country to raise awareness of domestic violence.

The 74 year old is now more than half-way through a nationwide road trip, speaking to community groups from Invercargill to the Far North.

His campaign slogan is Harm Ends Futures Begin. David White's daughter, Helen Meads was killed by her husband in 2009. 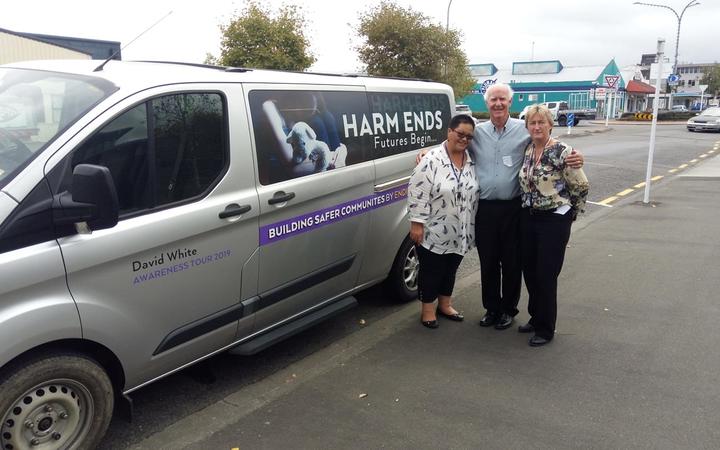