Sports like skateboarding and parkour are helping people heal after traumatic events.

In times of tragedy or difficult life events, research shows sport can be a powerful tool for helping in recovery. 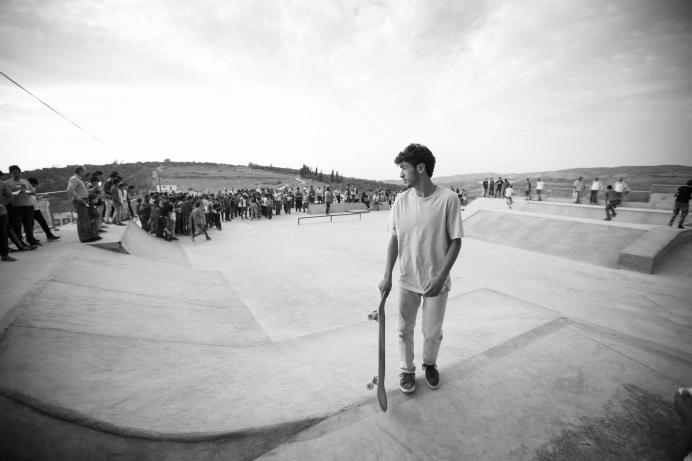 Waikato University Professor Holly Thorpe is now in the final six months of a three year Marsden grant that examines the role of action sports in post-disaster and conflict zones, including earthquake hit Christchurch, New Orleans, Gaza and Afghanistan.

“The work in Christchurch was really quite powerful,” says Thorpe.

While people obviously weren’t thinking about sport right after the earthquakes, in the weeks and months following, people who had been into sports really started to crave them again.

Sport was able to bring back a rhythm to their lives, the things that made their lives meaningful, she says.

Mountain bikers, skateboarders, climbers and surfers were trying to cope with life’s stresses and re-engaging in their sport helped them to bring about a sense of normalcy and bring them closer to their community.

“Some climbers would go climbing together and they talked to each other about the stresses in their lives, the things that worried them. They found that this was a way to help to carry on, to move forward and to make sense of everything being different around them.”

In 2001, Kofi Annan set up the UN office on sport for development and peace.

“Sport is having an almost unmatched role to play in promoting understanding, healing wounds, mobilising support for social causes and breaking down barriers,” he said.

Programmes like Skatistan have been doing this work for over ten years, working in South Africa, Cambodia and Afghanistan.

But Thorpe’s work is less about Western organisations who go in and offer sports programmes in overseas communities and more about how the communities cater to their own needs.

“I’ve been really interested to try to create space for the voices of young people in places like Gaza, who didn’t wait for some organisation to come to them and offer them a football, they themselves learnt parkour off the internet and then took to teaching themselves and teaching their peers.

“What I’m seeing is quite a lot of creativity and agency and these really unique strategies being developed by young people in these conflict zones and post-disaster spaces.”

PhD student Nida Ahmad, is doing research on sport in the lives of Muslim women around the world.

The sports vary, from football to mountaineering, as do the levels; from amateur to Olympic level.

“The important thing is that they’re using social media as a form to connect with their community, the local community and the global community, and navigating this space to share what it means to be a Muslim woman.”

Two of her participants are on their way to Mt Everest, other women are surfers and basketball players.

The women are pushing back against the stereotypes that they are constantly facing.

She says the hijab is often a focus of imagery but it’s just a part of life for these women.

“There’s so much diversity among Muslim women, it shouldn’t be based on a piece of clothing.”

While people may think that sport would be helpful for Muslim communities following the terror attacks in Christchurch, both women agree that things are more complicated than non-Muslim people may realise.

Thorpe says many people may be experiencing fear in public spaces or in sporting spaces.

“We in New Zealand need to be asking some really important questions, some critical questions, like actually how accessible is sport, what are the barriers for different parts of our community, how can we use sport which is a powerful thing in New Zealand, many people get a sense of belonging - how can we make it a space where we celebrate difference.”