Gordon Brown on life at 103

When Gordon Brown was born, life expectancy in New Zealand was just 46 years for men and 44 for women.

Now, at the age of 103, the car enthusiast is driving well into his second century.

Gordon is one of the 120 centenarians interviewed in the new book Keepers of History by Nelson author Renee Hollis. 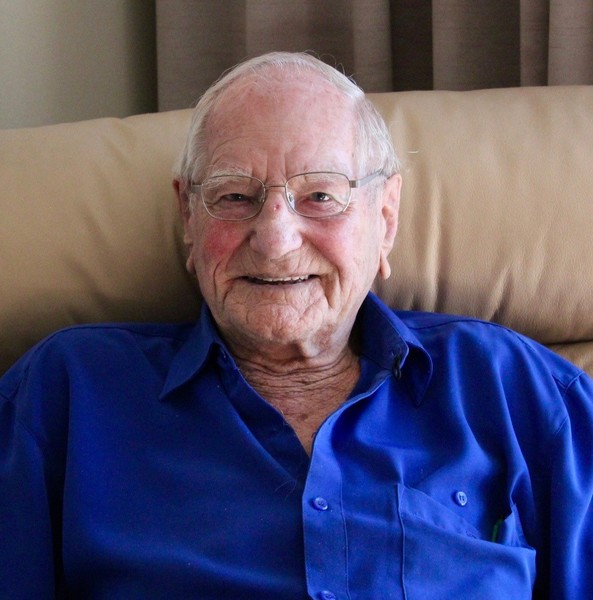 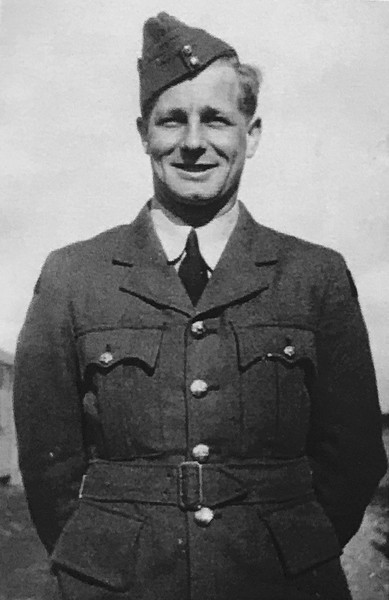 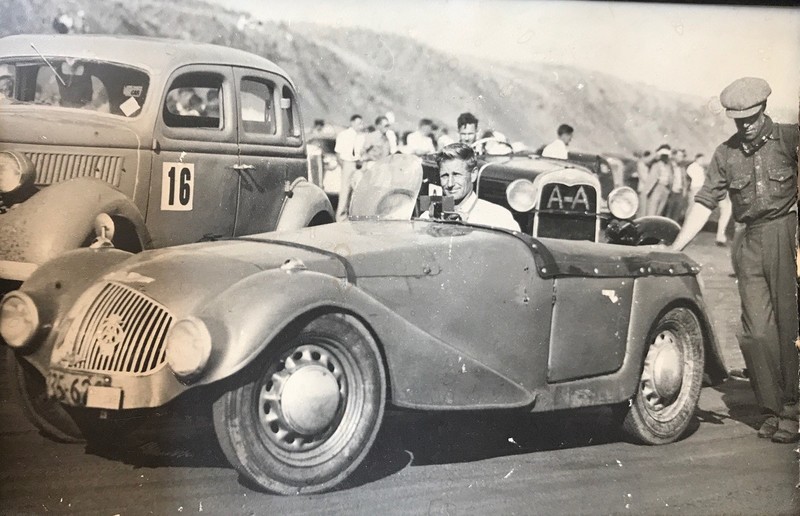 Gordon just about to race in the 'Gordon Brown Special'. 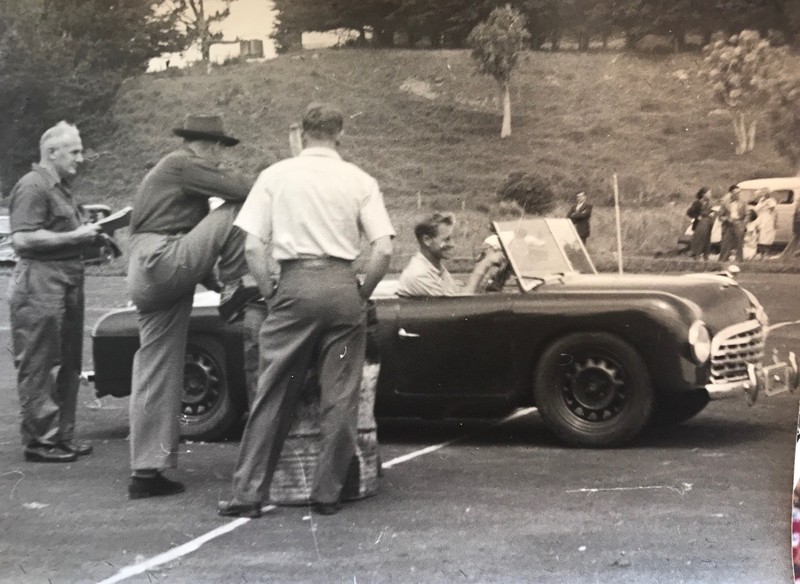 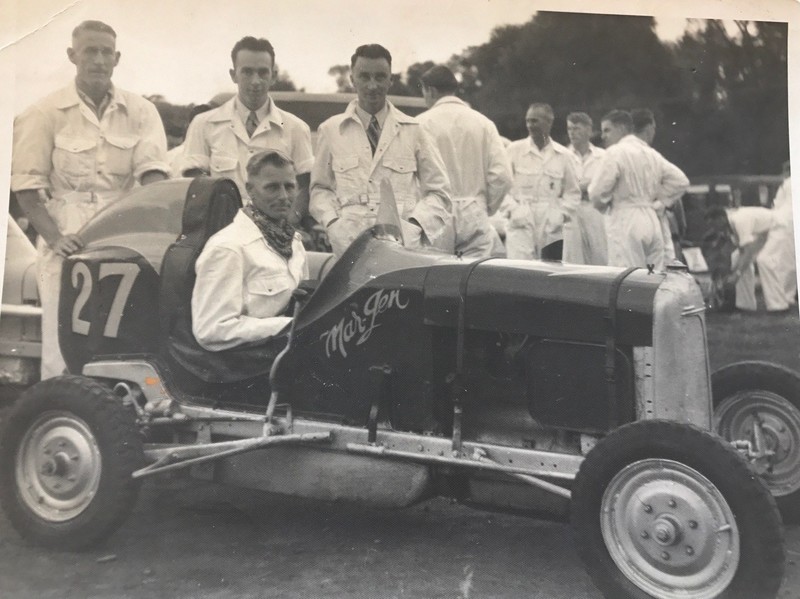 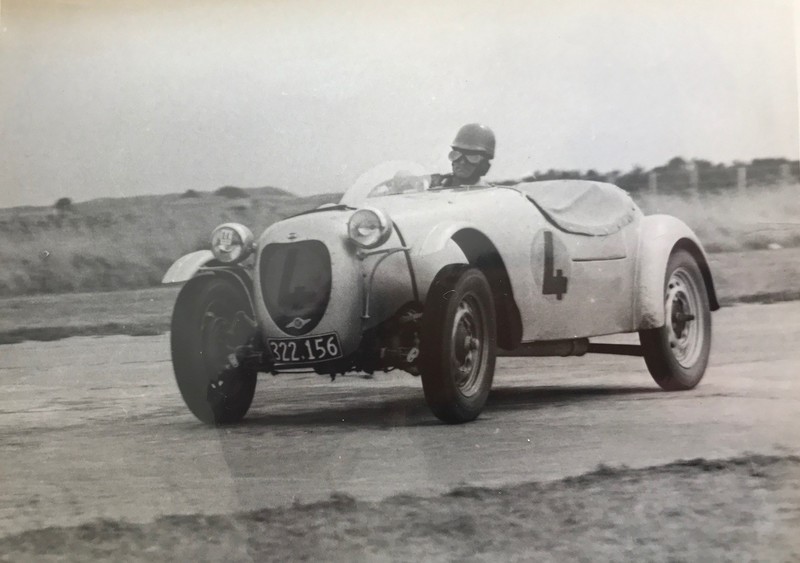 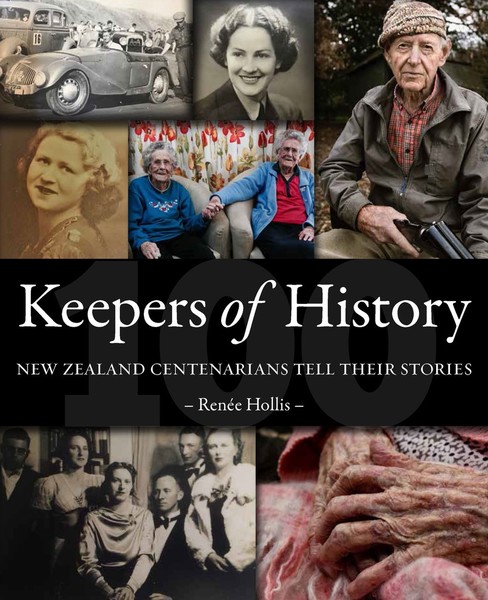 Brown grew up in the rural township of Ruawai in Northland, 30km south of Dargaville.

When he was a youngster there wasn't any electricity which made getting up in the early morning when it was pouring with rain outside that much more unpleasant, he tells Kathryn Ryan.

Brown took a two-mile walk to a school – which had about 50 students – and as soon as he was old enough he started working on the family farm.

"We used to get up very early and have some milk and then feed the pigs, calves and then have breakfast and go to school. I hated the farm work and my ambition was to become a mechanic. I used to do all of the local pushbikes for the school kids in our lunch hour and so on. I was always interested in mechanical things."

Candles and kerosene were the only light source at the time, although when you're good with your hands like Brown is, you find your way around that.

"I used to go down to the local garage, before I was ten, and pick up the old batteries, take a bad cell out and put a good cell from another battery into it and make my own batteries."

It wasn't long before he'd set up lights in his bedroom and in his cowshed, and was running a generator.

Electricity didn't arrive in his part of Northland until the 1930s.

Later, Brown worked at that local garage between milkings and eventually took over the reins when the owner decided to move on.

"I made a go at it. Everyone brought their work in and I did some decent sort of jobs."

Picking up businesses when others decided to move on became a bit of a trend in Brown's life.

In Ruawai, he also took over the radio agency and later the cycle shop.

But after a while, he ended up with the same problem as the previous owners.

"I couldn't get paid, either. The dairy factory in the area only paid out to the farmers what was left after they'd taken out their costs, which included all the living expenses because they used to run the local grocery shop."

At 20, Brown packed up his equipment and moved to the big smoke.

There, he tried his hand at a variety of jobs in the automotive industry before deciding to go out on his own and set up shop on the corner of Great North Road and Ponsonby Road – in what was then the back of a theatre that was being run as a service station.

It was during the Depression era and times were hard, he says. People frequently just couldn't afford to pay their bill.

A lot that was different in those days, but people were very supportive of one another, he says.

"Barry and Beale, an opticians on K Road... Mr Beale sold me the section I had on Victoria Street, no deposit, and I paid it off out of income. That's the type of thing that went on in those days.

"If you wanted to see your bank manager, you walk into the bank to see him and he saw you straight away. Council places, if you wanted a permit or whatever, you could go into the counter, ask for the chap in charge of the department and talk to him face to face and get your permit on the same day – not like the weeks and months like you do now. And it didn't cost you a fortune. I'd hate to be starting a business today."

Brown went on to run a successful business in Victoria Street.

He says cars have always been one of his great passions.

"I've built a few go-carts and I built two cars, mostly in my spare time after work. I never did working hours because I was building up a business."

Brown even raced in front of a crowd of 70,000 at the first New Zealand International Grand Prix – but says he didn't do very well.

About 1927, he got his hands on the first-ever Model T – a car which had the beginnings of today's automatic gearbox.

The Model T was also the car that changed the way New Zealanders got around, he says.

"It gave them the ability to move around, it gave them transport that they didn't have before. The only thing was the roads weren't very suitable. But we made it."

Before he had the Model T, Brown and a mate used to cruise the streets of Auckland on motorbikes, and it was through this mate that he met his wife Rina.

"He was friendly with Rina, he was going out with her. He took me out and introduced me to her and we swapped over," he laughs.

The couple went on to have two children, a daughter and son.

In his younger days, Brown tried his luck with building a couple of boats – the first made of corrugated iron – that he would float in the local drains in Northland.

These boats were a far cry from the 18 and 30-foot watercraft he built in Auckland, and the bigger boats he would go on to buy later.

At 103, Brown doesn't seem to be slowing down any time soon.

On his 100th birthday, he got behind of the wheel of a Lamborghini and did five laps around Hampton Downs.

Despite being a centenarian, he says that he feels much more like an 80-year-old.

"I don't feel old. I am old, I know because, I use a stick to walk with and I've just decided to give up driving and my license. It expires next year but I've decided it's time to give it away."

It's not the traffic that bothers him, Brown says, it's the younger drivers.

"Young people today, up to 30 or so, they don't realise the power of the motorcar, they buy these cars, they can't handle the power, they think they're Stirling Moss but they're not. And that's where the trouble comes in on the roads."

Brown reckons that nowadays there is too much control over what New Zealanders are allowed to do.

"Things today are not what they used to be. There's no incentive today to do anything, we're over-controlled. You want to go and buy a house or build a house, it costs you a fortune just to get a permit. In the old days, you'd just go and do it.

"I started several businesses and my main one in Victoria Street, I just bought an old rundown bottle store, did it up. The council told me I couldn't so I did it up behind closed doors sort of style and then I opened the business, no problems.

"I'm a very positive sort of person, I know what I want and I go and get it."

According to Brown, many of us worry a bit too much.

"We worry about things in the past instead of looking to the future. You've got to have a very positive attitude and know what you want and go and get it."