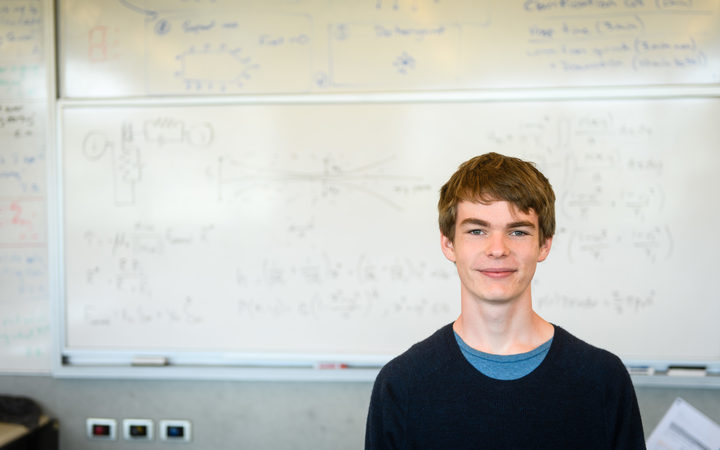 18 year old budding physicist Finn Messerli was awarded the Prime Minister's Future Science Prize last night at a ceremony at  parliament for his research into the physics of flows of a wide range of granular materials.

It's research which could ultimately help scientists better understand the risks of avalanches and slips, but also has potential for applications in a range of industries.

Finn is the third student from Onslow College to be named Future Science Prize winner since the PM's awards began 10 years ago.

He talks with Kathryn along with his teacher, Onslow College Head of Science Kent Hogan.