Is the Michael Jackson music ban a slippery slope?

Media commentator Gavin Ellis talks to Kathryn about the decision by commercial radio stations to ban Michael Jackson's music and whether it is a slippery slope. Could they ban an artist because advertisers don't like his or her politics?.  Also, a ban of a different sort: Democrats won't accept Fox News as a venue for the next US presidential election debates. 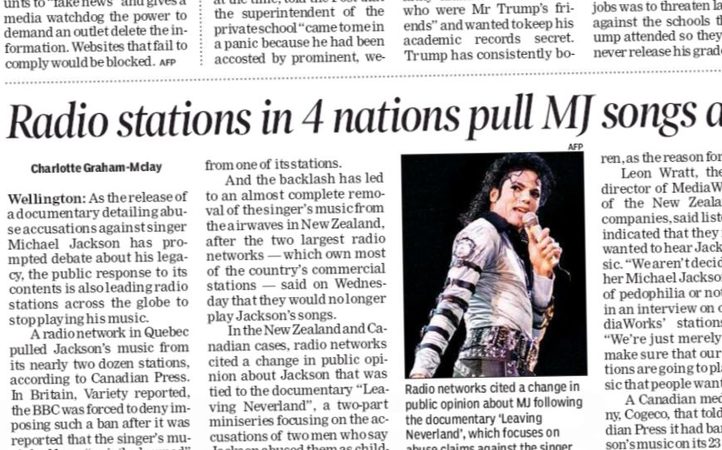