The complexity of gender transition in children

UK psychotherapist Bob Withers has been in practice for more than 30 years. Late last year an opinion piece he wrote for a British newspaper attracted considerable attention.

The headline was  - In 20 years we'll look back on the rush to change our children's sex as one of the darkest chapters in medicine. 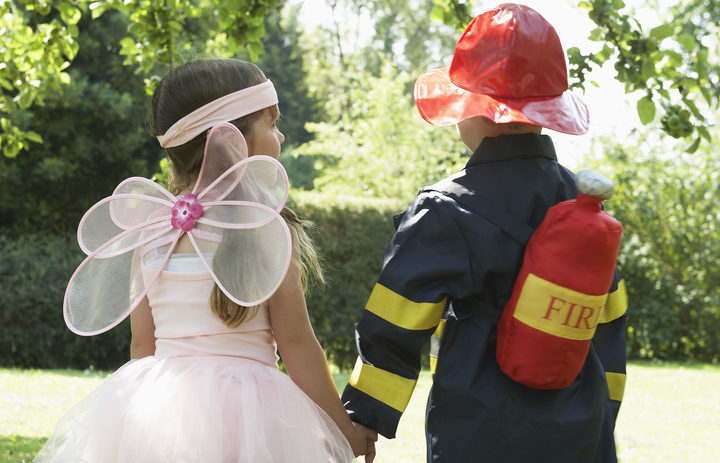 The reaction was swift, support from many quarters, hostility from others. Bob Withers tells Kathryn Ryan why he wrote the article.

Withers says he began treating patients in the 1980s. It was in the 90s when he first had a trans patient.

“I saw a person who’d been living as a woman for nine years. He’d been born a male - so biologically male - and he discovered that he wasn’t really happy in his female identity. He’d had surgery and hormones. He came to see me because he wanted to de-transition, to go back to being his original gender. By which time of course he’d lost his genitals and was dependent on oestrogen so he couldn’t fully go back - biologically - to being a man.

“He realised that the reason he’d wanted to transition were really psychological reasons and he wished he’d had psycho-therapy before he’d had surgical and medical treatment. As a result of seeing him, I began to wonder how many other people might be in his position.”

The patient, Withers says, went on to write a blog about what had happened to him but was vilified by the trans community for it.

“[They] made is life so unpleasant and unbearable that he had to close down his blog and pretend he’d made the whole thing up in order to stop himself from being harassed.”

Withers says that was when he became aware that people were being closed down and silenced by others in the trans community, who he says felt insecure hearing stories that didn’t confirm their experiences.

He readily admits that the proportion of non-binary or gender non-conforming patients he sees is quite small and that he’s not a specialist in the area, but says that living in Brighton - a city with a large LGBT scene - has meant he’s seen and supervised a several people who’ve been in various stages of transition.

“The number of young women identifying as trans has increased massively, exponentially, and nobody’s really trying to look at why. It seems to me from my experience that a lot of people who identify as trans in that group are really suffering from psycho-social problems but they look on the internet to try explain their feelings… and they may hit on the idea that they’re trans as a solution to those problems.”

Withers is concerned that if they read the wrong website or advice, they’ll be told the only solution to their gender dysmorphia is to medically transition.

“There is the fear that you could almost be trying to cure someone of homosexuality. I see, in my practice, people who are struggling with same sex attraction. And for some of those young people, where they have a kind of implicit homophobia, it’s very attractive to say ‘look, I’m not really a porto-lesbian, gay, butch woman, I’m actually a man trapped in a woman’s body.’

“They actually feel more at ease identifying as a heterosexual man trapped in a woman’s body than a lesbian woman. What they may be suffering from is internalised homophobia which pushes them along the route to transition.”

Withers says that people who present body dysmorphia could have a range of other issues which could first be addressed by psychotherapy.

“What I’m concerned about is that this group of people is not really being properly protected and cared for. And, in fact, anybody who doesn’t confirm them in their trans identity, and anybody who therefore doesn’t implicitly support the medical route, is shut down, silenced, and accused of trans phobia.

“There is a sense of who we are and it’s a psychological - or pyscho-social - sense, so it’s in the mind, and there’s something phyisical or biological that’s in the body and most of us feel that our mental sense of our gender is the same as our bodily sense of gender and who we are. But I do firmly accept that for some people those two are at odds with each other.

“But the question is, should you try first to change the mind, or should you accept this view that the only way really sorting this out is to change the body. And that’s where I would take issue with the current view which seems to almost promote the bodily route over the notion that there may be psychological ways of dealing with this.”

He feels that people are more able to make a decision about transitioning when they’re adult and have come to a secure sense of their identity - which doesn’t normally happen until we’re in our mid-20s.

“I think the whole idea of attempting to do something irreparable to the body in an earlier stage is something to be avoided, if possible, at all costs because you’re not going to settle into a secure sense of identity until later on and you may well find that you’ve made a mistake.

“There is no biological test that can tell you in advance whether you’re going to end up regretting it or feel satisfied with the change. Now, of course, I’d be stupid to try and argue that there are no people who are happy with their medical transitions. There are people who report being much happier after medical transition. The problem is trying to tell in advance who those people are.”

Withers says he believes there is a large number of people who quietly regret transitioning but they’re being shutdown from talking about their experiences. He says medical transition has a number of side-effects which can be severe, including sterility and loss of sexual pleasure. Puberty blockers, he says, have been shown to reduce bone density and there are also worries they could have negative interactions with other drugs like SSRIs (anti-depressants).

“It’s an experimental procedure, and a potentially dangerous one, which is making a lot of money for drug companies and which is being uncritically affirmed and supported.”

The number of young women identifying as trans has increased massively, exponentially, and nobody’s really trying to look at why

He says there should be open and honest discussion about the procedures, including voices from people who have transitioned and regretted it.

Young people are freer now to experiment with sexuality and gender and there’s more tolerance to girls wanting to wear shorts and have their hair cut short, and boys who want to wear dresses and play with dolls. Withers says this shouldn’t be confused with meaning these children need to alter their biological gender.

“I’m seeing young people who don’t feel free enough to express those differences and still remain happy with - and at home with - their bodies, their sexed body. They feel that if they want to dress up in girls things, they must mean that they need to change their bodies. I think it may be that society needs to develop more sense of gender diversity in terms of expression and feel less pressure to accept a stereotype. Just because you want to wear a dress or because you want to play with boys things when you’re biologically female should not give rise to a suspicion that, actually, you need a medical treatment.

“This is something with real consequences and what I feel is that we could be storing up a generation of people who will look back and think ‘we were not properly protected. We were children, we didn’t know what we were doing. And now we can’t have children, and now we can’t have a satisfying sex life’ and the dysphoria or discrepancy between their mind and their body has not gone anyway.

"For quite a lot of people, the surgery and the hormones don’t actually sort it out, they remain dysphoric. But those poor people are quietly ushered off in to the background because they challenge the model which is to affirm and support a trans person in their medical transition. Anything which casts doubt on that way forward is silenced.”

He says that offering alternatives to medical transitioning, from a professional prospective, is very difficult.

“I’m in danger, for having stuck my neck out, of being struck off or complained about simply because I’m thinking of ways of protecting children from damaging themselves. I think we as a profession, if we don’t speak out, we’re colluding with the possibility that these kids will grow up really deeply regretting what they’ve done like my very first patient did.”