Passive houses: warm, dry and sustainable, but why so rare? 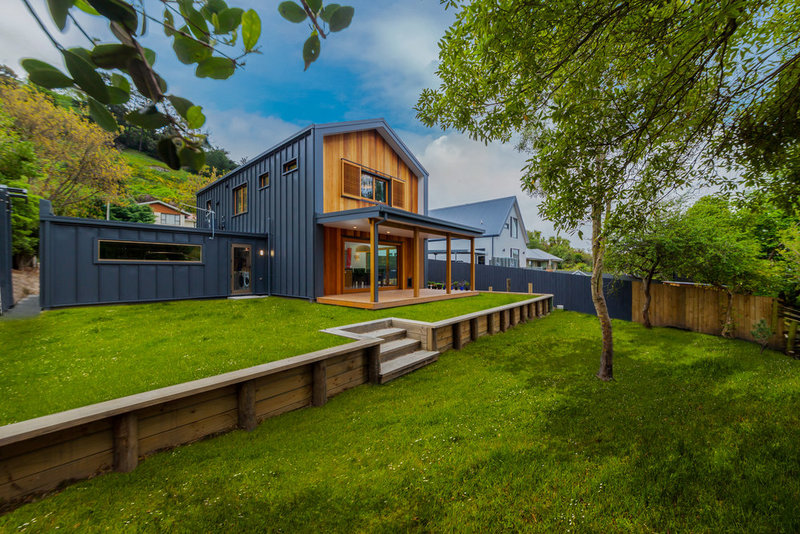 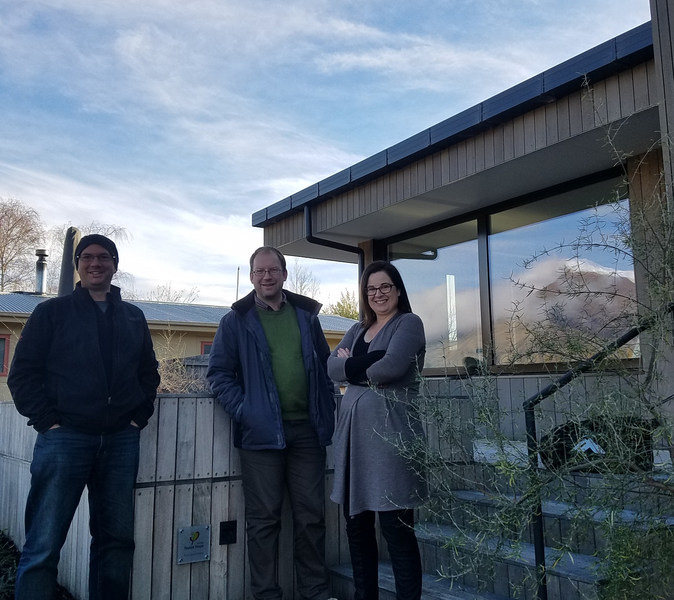 Jason Quinn on the left along with Elrond Burrell the current chair of Passive House New Zealand in the centre and Paula Hugens of eZED. Standing in front of George House a Certified Passive House designed by Rafe Maclean . Credit: Sustainable EngineeringLtd 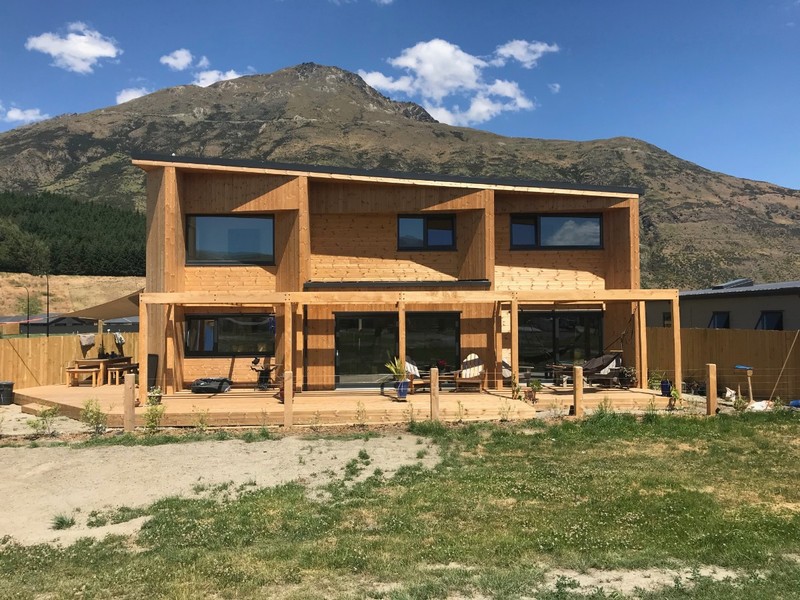 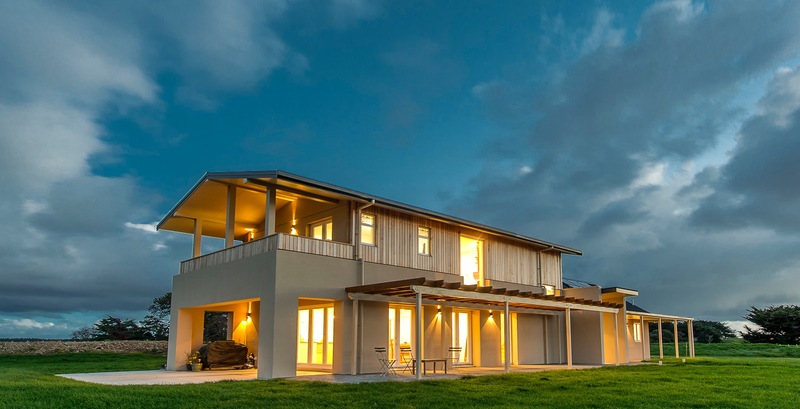 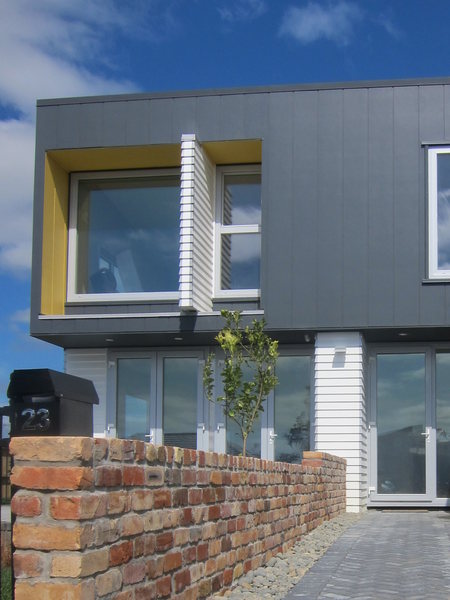 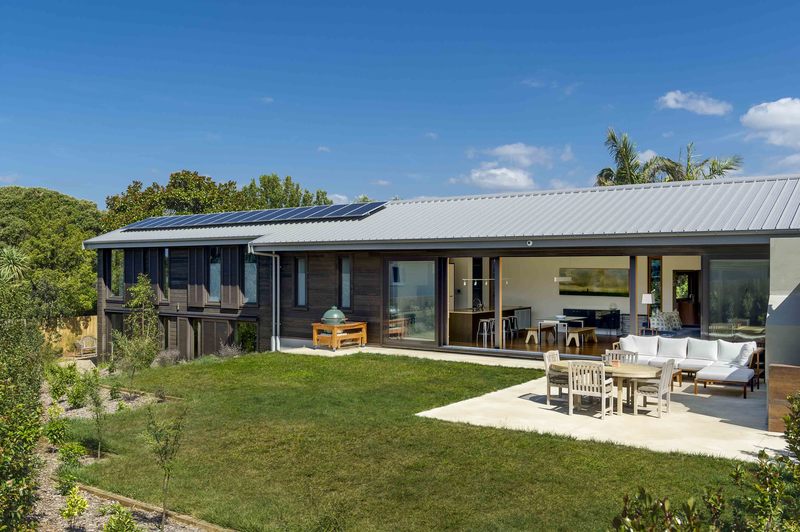 Jason Quinn is a passive house designer and the country's only passive house certifier, he says New Zealand houses are often cold, drafty and mouldy and with tens of thousands of new homes being built in the next decade, employing passive house technology is a no-brainer.

With just 24 fully certified passive houses in the country Quinn has published a book of case studies showing the benefits of passive design which will be launched at the Passive House Conference in Wellington this weekend.

"What makes it a passive house is a performance standard for very low energy use for heating and cooling, and when I say low, I mean really low - the same amount of power you use to run your fridge would heat your house for the whole winter keeping the temperature at 20 degrees centigrade throughout whole home."

It is a relatively new concept; the first passive home was built in 1991 in Germany. The passive part refers to the windows, walls and floor.

"The things that will last for 100 years or more, instead of looking at how good is that air conditioner or how cheap is that burner to run."

This means the house has to be designed right from the start, he says.

"Everything works together, if you just took the passive solar technologies and just smashed them back into a building without doing that modelling and knowing how it's going to work you can actually cause some problems," Quinn says.

He tells Kathryn Ryan of an Auckland home he's trying to fix that became a solar oven in the summer.

"I've got a home I'm working on in Auckland this week where they've built themselves a solar oven by applying those [passive] technologies without doing the most important part which is running the simulation and knowing how it will all work."

The Dunedin High Street cohousing project is an example of how to get it right, he says.

"They've insulated the slab, the walls and the roof and the they've put in mechanical ventilation with heat recovery - throughout each of those homes they'll have fresh air all the time, you know that perfect spring day? It's like that all the time in their house everywhere."

They've taken really good care at the junctions between different building elements such as roof and walls, and walls and windows, Quinn says. It is at those junctions where air leakage can happen.

The better the insulation the more those junctions matter, he says.

"It's like a bucket, if you have a whole bunch of holes in it you don't care about any one particular hole but if you've got a well-sealed bucket and you poke a hole in it - it matters."

"It's a system that takes exhaust air from the wet parts of the house; the kitchen the bathrooms and exhausts it through a heat exchanger and brings some fresh air through that same heat exchanger so the outgoing warm air preheats the incoming fresh air and it works the same way in reverse in the summer for your air-conditioning.

"You don't waste the energy by throwing it out the window by opening windows or exhaust fans - you can recover it."

"Solar passive is a guess and hope system, put some more windows towards the north and maybe it'll be OK, maybe not, the difference is with a passive house you've done the modelling so if you do orient it for passive solar because you've got a great site you can take into account and use less insulation, but if you get a site that's in the valley and you've got no northern aspect you maybe put more insulation in so you still have the same energy bills."

No one passive house is the same as another he says, they are designed to perform in all of New Zealand's varied climates.

"If you have one in Kaitaia it's going to have double glazing and more insulation than the New Zealand building code, but not much more, just really careful about thermal bridges perhaps whereas in Queenstown we will have triple glazing and much thicker insulation."

He says both houses would have the same winter heating bills.

The current building code has just three climate zones for the whole country, just one for the entire South Island, he says.

"Homes in Nelson and homes in Queenstown shouldn't have the same level of insulation if you want the same performance," Quinn says

For passive houses 17 climate zones are used, and adjusted for elevation, so an elevated site in Queenstown would have a different specs to a lakeside house, he says.

"It doesn't have any requirement for ventilation in it - which is the big thing, if you're in an existing home you should have continuous ventilation in that building and be heating it all winter for your health and we don't have that in our homes because it's not in the code."

He says that shows even in newly-built homes.

"Even modern houses built today you'll often find mould within just a few years at the edges of the carpet where it's just too cold and too damp."

The book, which can be downloaded for free, will be launched at this weekend's Passive House Conference in Wellington.