The state of housing in NZ

KiwiBuild has come in for a lot of flak lately, but housing expert Bill McKay, says it was inevitable the program would come up against the realities of the New Zealand housing market.

The Government promised 1000 houses in the first year, it has so far built 47 although has 4000 contracted. 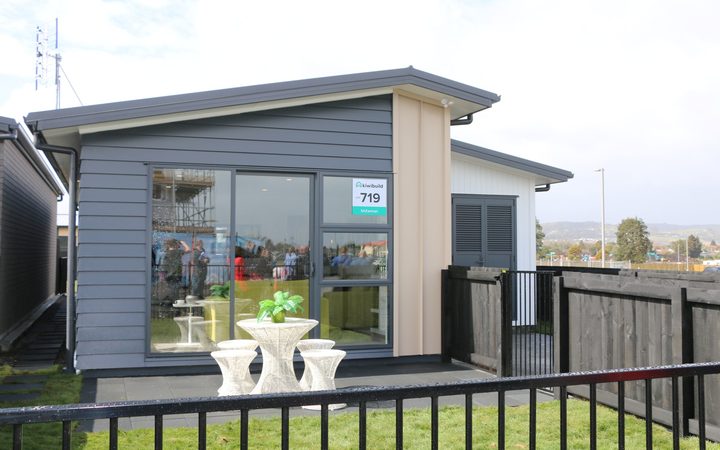 The problems, he says, are New Zealand’s low wage economy, land is expensive, consenting processes are long and arduous, finding a builder is difficult, materials are expensive, tradies are expensive and we use old fashioned construction methods.

In short the three C’s he says are: “consenting, capacity, cost”.

McKay also says for a young couple looking to get on the property ladder, a doer upper is still the best bet.

“If you’re a young couple looking for a house, you’re much better off buying a do up. A KiwiBuild house includes 15 percent GST.

“New Zealand’s got tonnes of shoddy housing stock so you are better off buying the worst house in the best street sanding the floors, painting it, all those Kiwi DIY things; or buy an apartment but for apartments we do need to improve the quality of those both design and construction quality and also management – there are too many dysfunctional body corps around the place.

“So that when young people buy an apartment it will maintain its property value and be a genuine rung in the home ownership ladder and a good option not a trap.”

Established builders and developers are not in the business of building affordable housing, he says.

“Last week Phil Twyford was explaining how he was going to try and convince builders, particularly the big ones, to do more cheaper housing rather than the more upmarket five bedroom houses – but if I’m a builder, it’s going to take me a year and a half to get the consents from council and get the building done. I would much rather having spent all that time and effort, throw a bit of whiteware at it or some tiling and get another $50,000 than I would build affordable housing.”

McKay believes KiwiBuild can make a difference in the apartment market.

“KiwiBuild would be better off subsidising apartments to get off the ground; that's what young people want, close to town, work, study and entertainment.

“And we have plenty of sites available - former used car lots, light industry and acres adjacent to main roads with shoddy 70-year old housing stock on them that could be replaced by apartments.”

He says the good news is that the new Housing and Urban Development Authority (HUDA) will have the capacity to do this with its remit to redevelop brown field sites and use the Public Works Act to acquire land and to cut through local council regulations.

“Housing New Zealand is actually steaming ahead, doing a lot of good work and also I know in Auckland they are getting a very easy ride through Auckland Council at the moment as well, so we are seeing a lot built in that area.”

On big redevelopment sites, McKay says he likes the one third social, one third affordable (KiwiBuild) and one third open market mix that the Government is pursuing.

“That results in much better community mixes because housing isn’t just about putting roofs over people’s heads, it’s about building communities.”