Analysis of the fortunes of America's families has found that wealth is concentrating into fewer and fewer hands. 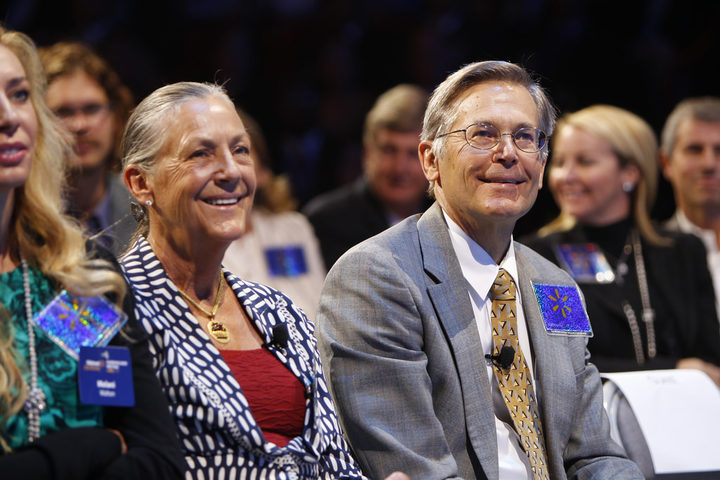 In its report The Billionaire Bonanza, the Institute for Policy Studies think tank has shown America's 15 wealthiest families are worth a combined $US618billion.

So what's the significance of this at a time when economic inequality has become such a major topic of discussion?

Chuck Collins, the director of the Program on Inequality and the Common Good, gave up his own inherited wealth when he was in his mid-twenties.

He says the norm for inherited wealth to disperse as it flows down generations is no longer the case in the US.

"The wealth of these dynastic families is equal to half the wealth of all the US households combined," Collins says.

It's a very different story for just three US families, he says.

"The Waltons of Walmart, the Koch brothers of Koch industries and the Mars candy dynasty; those three families together, their wealth grew 6000 percent over that same period since 1982."

"By the third generation the money is starting to disperse, if people are paying their taxes, if they are giving to charity and if they are having children and there are multiple heirs.

"What's unusual here is they are aggressively avoiding taxes: they are using their wealth and power to tip the rules of tax policy so they pay less taxes, they are probably hiding a substantial amounts of money offshore or in trusts and other mechanisms and using that to pass wealth down.

"Add all those things together it means their wealth is growing when it should be reducing."

The Kochs are an example of using extreme wealth and power to influence public policy, he says.

"They are putting a lot of money into elected officials, they are using their charitable money in a way to advance their agenda, and they have an agenda to stop any kind of environmental legislation."

Collins however, believes public opinion is turning against this super-rich club.

"We have a very high tolerance for inequality in the US, but one thing I've noticed has changed is people are recognising that this wealth was not earned, it is a function of the rules being rigged.

"It's less about creating a useful product or being entrepreneurial and when you look at families over generations whose wealth keeps growing you have to realise they are finding out ways to pass on wealth by avoiding taxes."

Billionaire philanthropy is also being viewed with increased suspicion, he says.

"Giving by low and middle income people has been steadily going down in the US, somewhat tracking economic insecurity. Almost all the growth in philanthropy is at the very, very top and some of these people have created foundations that sort of are other centres of private power."

Collins says the American experience can be seen worldwide.

"This is absolutely a global trend, huge amounts of the world's wealth is flowing upwards. The other reason to be concerned is a lot of that wealth is vanishing, so we are being told there's no money, if you tax the wealthy it's not going to raise that much wealth.

"There is now a hidden wealth problem at the global level. Economist Gabriel Zuckman estimates some 10 to 15 percent of the world's wealth, held by the richest people on the planet, is being hidden in offshore tax havens in trusts and other shell organisations."

Out-of-control real estate prices in many cities is fuelled by that restless wealth, he says.

"Huge amounts of that wealth is flowing into cities in the form of luxury real estate and that is disrupting local housing markets. These are not people buying buildings to live in, they are just a form of wealth storage unit.

"The global billionaire class is moving money around the planet they are looking for ways to protect and hold their wealth and that's disrupting some otherwise stable housing markets," Collins says.

He suggests new taxes are needed to combat this problem.

"There is growing interest in the United States in a wealth tax, in a tax on net worth very focused on the top - wealth over half a billion dollars - a 1 or 2 percent tax annually on that level of wealth.

"Right now we tax wealth when it transfers from one generation to the next, but we think we should just be taxing inheritances as a form of ordinary income and that would get at some of the avoidance we're also seeing."