A school principal should be like a preacher - motivating and inspiring students, teachers and parents at the same time, says Hamish Brewer, a Kiwi who is currently a high school principal in the US state of Virginia. 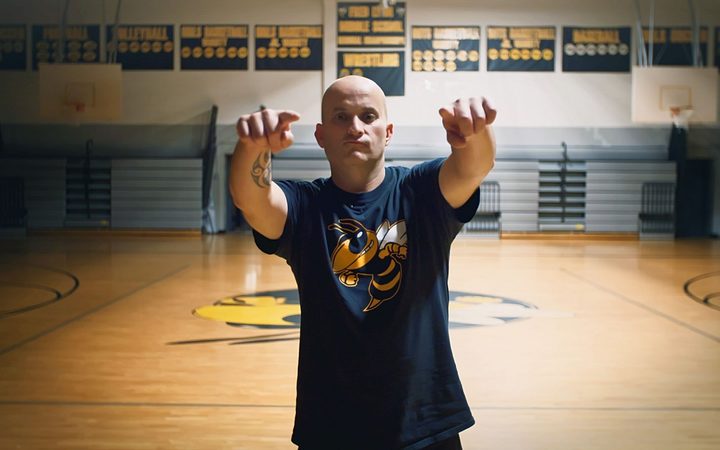 Every single student has the capacity to learn, says Brewer, who now heads up Fred M Lynn Middle School.

But the question of how school staff can connect with kids is a problem the world over, he says.

"How can we engage our learners? how can we close that achievement gap? How can we get our community involved and take back our schools a little bit?"

The answer, Brewer says, is by being "authentic, relevant and real".

"Our kids live in a world where things happen on a dime. Kids are glued to their phones, they're glued to their games like Fortnite, so we're competing against lots of external things that have changed the game over the last few years.

The education is having an identity crisis, he says.

"Programmes don't fix kids and you can never replace the most amazing teacher under the tree."

"Teach on fire" is what Brewer says to his staff and to himself.

"I say to teachers… we cannot be the reason why a kid didn't believe in themselves."

School principals should be visible, he says.

"We're like the preacher in charge of the school. We have to motivate and inspire them to get up and get out there each and every day."

Sometimes parents and teachers can be scared to talk to each other, Brewer says.

He strives to get parents and families participating in the school culture.

"When you're talking about your school as a fortress and changing the game for the entire community … how can you not want to be involved in your school ... when they're saying 'we want our school to be the greatest school in the world … we're gonna take care of your child, we're gonna protect them, now let's go."

Brewer struggled academically when he was at school and failed School Cert, but says he did have some inspiring teachers like Myles Hogarty, who is now the principal of De La Salle College in Mangere East.

He became a teacher because he liked the idea of "enjoying some summer" and at the same time giving back to the community.

"I love that a community can look to me and be like 'that's our guy, he's our hope'.

He says he often works from 7am until 10pm, and is also completing his doctoral studies at Virginia Tech right now.

"If you're gonna live life, why not live a full life? Why do it by halves? Why not look back and be able to say 'I made a difference'?

"I can't preach and talk about this stuff and tell others to get after it if I'm not willing to take on the hardest work."